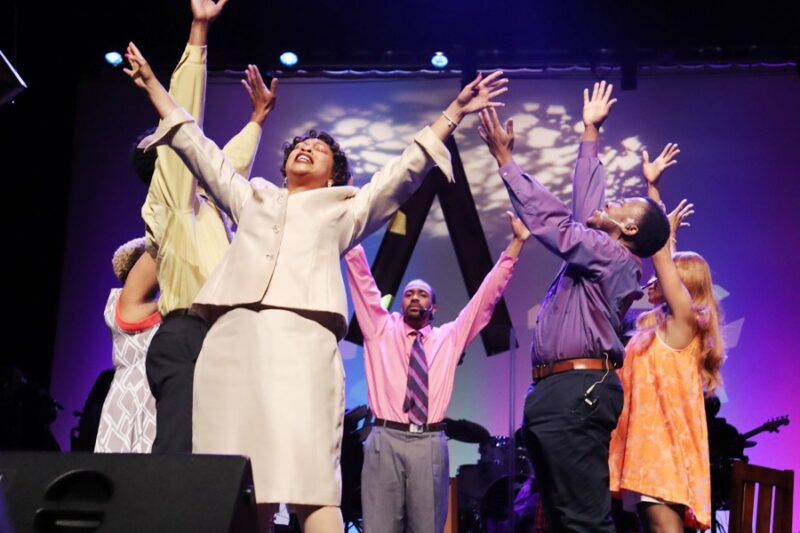 “Roll On! A Gospel Musical,” is based on the book by Marshall Opie, with musical score by Dr. Daniel Spruill, with additional music by Dr. Rickey Payton Sr., and directed by Eric Ruffin. The musical will premier from October 9 – 30th at THEARC Theater in Washington, DC.

The DC Spotlight Newspaper’s Editor-in-chief, Wendy Thompson, sat down with Marshall Opie, the playwright and executive producer, and Dr. Daniel Spruill, the associate producer and principal composer to discuss the Gospel musical, its’ origins and inspirations, as well as it’s phenomenal cast.

Marshall Opie: It’s a story about a young man who grows up in the church, and he has this divine inspiration that he’s going to grow up and become the pastor of his church. And as he pursues the course of becoming a young minister in the church, there are secrets of the church he begins to discover and those secrets discourage him and take him off his course, and I’ll let you take over from there.

(View the complete video interview below)

Dr. Daniel Spruill:  And as a result of that, his personal journey puts him in a position to where he now has to find not just who he is, but what his faith is.  As a result of now, having the secrets revealed and wrestling with it, but the beautiful part about it all is is still a story of redemption, of becoming, faith. It’s relatable, because each of us in our lives, find ourselves in position to where we’re asking why.  Why didn’t I know?  Why didn’t someone shared it with me or tell me?  God, why?  And in the end, he is strengthened even more in his faith because of the journey and some of the pain that he has experienced.

Wendy Thompson:  So who was the principal writer of this musical?

Marshall Opie:  Moi! It was a book first or it was a drama with music  and it evolved. I picked up the phone in the middle of the pandemic and said, “Dr. Spruill! Daniel, I want to turn it into a musical. Would you be interested?” Immediately he said yes and then we began that project. And I think the beautiful thing about learning about the difference between a drama with music or drama, and a musical is that the music tells the story. And I think for Daniel who is a brilliant composer, the music also began to give the story a whole nother life a dimension. And so there were back stories and other things that we explored in this development that are pretty exciting.

Wendy Thompson: So where did the idea come from? 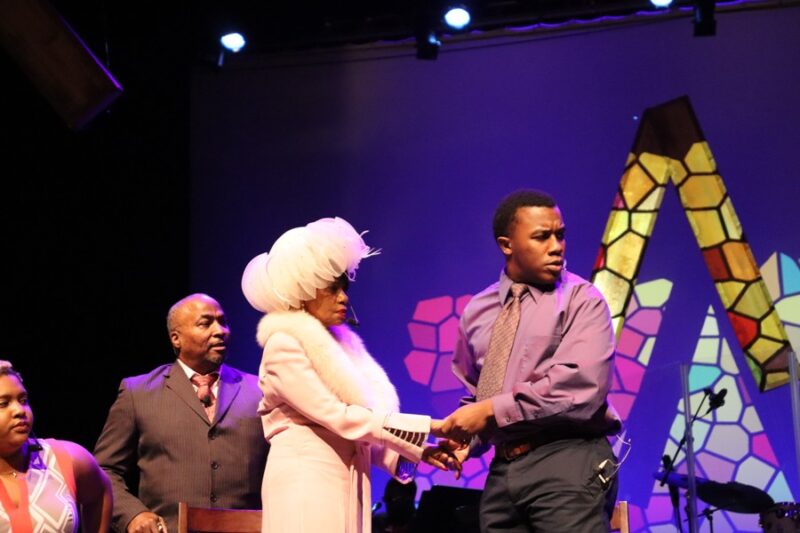 Marshall Opie: The idea came… it was an inspiration. I was playing the piano when I was a freshman, sophomore, sophomore in college. College was Howard University in Washington, DC, and I was waiting for a girlfriend who was upstairs in her dormitory changing, and I was playing on this raggedy piano and out of it became these voices that said… They began giving me conversations that are actually in the script now and also started giving me direction of where the story would go.

Marshall Opie: All of them. All of them. You know, it’s so funny. I think that…this is a segue crazy, but our best  audiences are school groups. And Miss Moore, who is our principal actor. She’s a Tony Award winner. Etcetera, etcetera.  She pulled me aside and she said you know…and she’s a former school teacher. She said “The school groups really respond to this,” and I laugh.  And she said you know you have a special gift for junior high school and high school. Well for years, that’s where I taught, so I guess that’s where my humor [comes from].

Wendy Thompson:  I know you’re an engineer by trade, right? 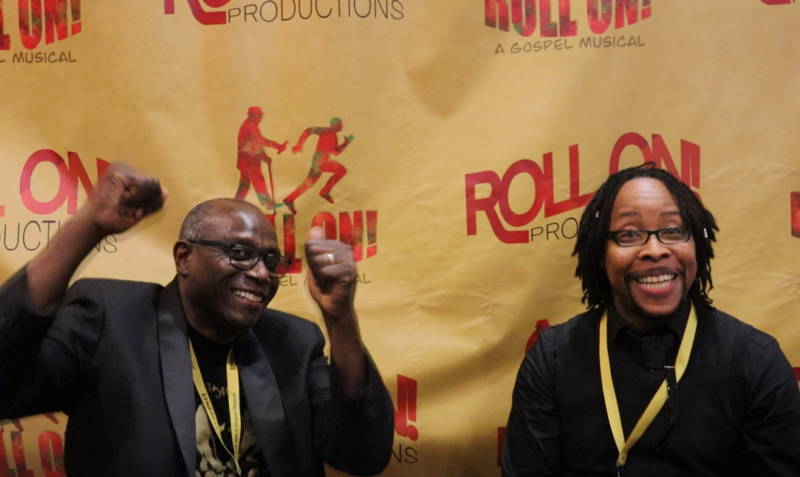 Wendy Thompson:  You mentioned Miss Moore, Miss Melba Moore. Tony Award winning actress, singer. Everything. She’s so good at what she does. Grammy nominee. Yes. She’s in this musical., and today, by the way, is her birthday. She just she just got the key to the city, Miss Melba Moore Day. Today is and she’s also getting a [star]on the Hollywood Walk of Fame. So, much deserved. Longtime coming. What was it like working with her? Well for both of you?

Marshall Opie: Humbling and a great honor.  I’ll turn it over to Daniel.

Dr. Daniel Spruill: I first worked with Miss Moore in 2006 when the musical was a play that had music. And one thing I love about working with Miss Moore is she’s the same. She’s like a family member: down to earth, approachable. There’s no pretense with her. The genuineness that she personifies, it’s, it’s real. It’s tangible. She sits and the whole conversation with you. It’s like Lily, sitting with a family member. You know, having a conversation.  She’ll pour into you.  She’s very supportive. So I appreciate the fact that this is full circle in that ,working with our 2006 when this was a play with music, and then now in 2022 the same Melba Moore in 2006  is the same Melba Moore in 2022.

Wendy Thompson:  We’ll the play is just great. Have you guys consider taking this to Broadway? The momentum and the feel, the vibrations of it, has Broadway written all over it. 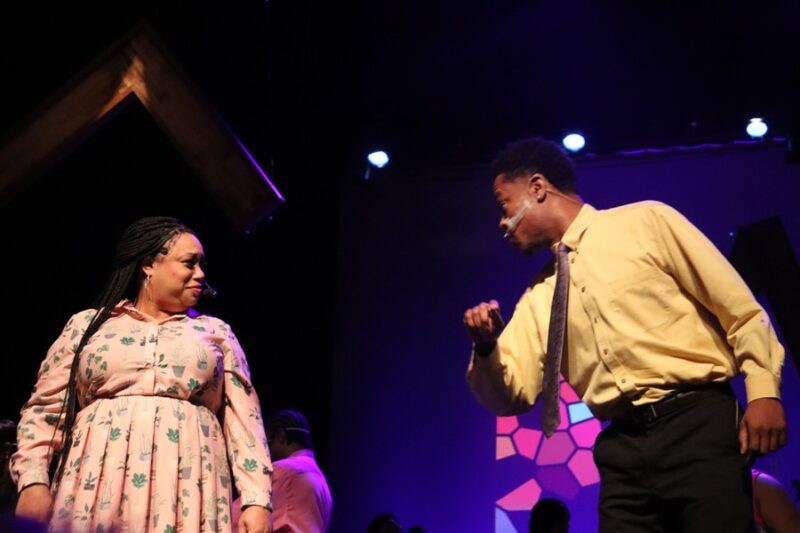 Dr. Daniel Spruill:  So when Marshall told me he was like, “This is my vision. I want to get into Broadway and we’re gonna make it happen. I’m praying about it.”  And because I compose from emotions from a character, so once I understand what the character is, what their motivation is, then I start developing the characters emotionally first within a particular scene, with a particular song. So as I do that, I’m thinking about black Broadway and the musicals we had back in the day such as “Mama, I Want to Sing!”, “The Wiz”, “Purlie Victorious.”

Marshall Opie: “Your Arms are Too Short to Box with God”, “The Wiz”.

Dr. Daniel Spruill:  Musicals that made it to Broadway and the Broadway sound. So this is why some of the pieces, even with gospel music in it, you can hear the Broadway undertones in it. So that were reminded of the journey, because the goal is to get it to Broadway. So as it’s touring, we’re going to get it prayerfully with the help of God to Broadway.

Wendy Thompson: So where’s your next stop? 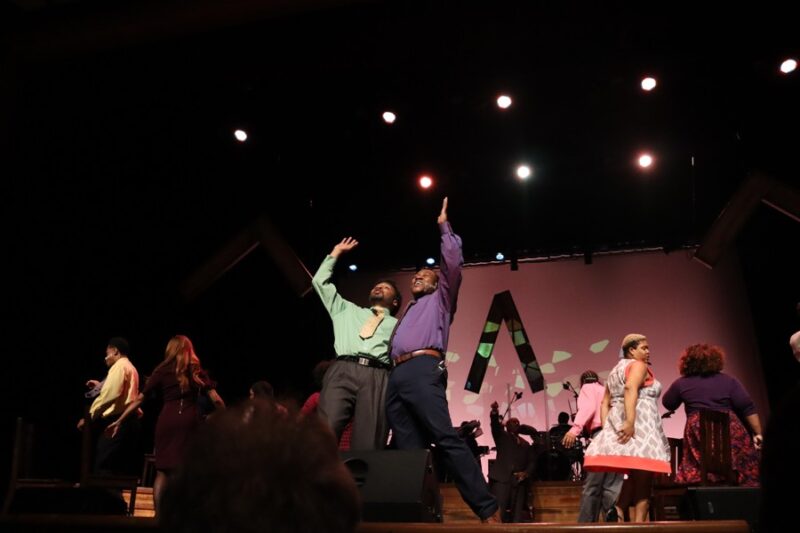 Marshall Opie: I’m not answering your question.  I’m going on segue. I was kind of thinking (1. I’m so glad that Dr. Spruill is sitting here with me in his interview, because I can’t really describe how I’m feeling right now. And the reason why I can’t really describe how I’m feeling right now [is], we just have a wonderful show. The audience went out singing, dancing. We got the results that we want and I am constantly reminded by the One who gave me this dream, this vision, this goal, this project God, that this is all to His glory. And so I’m trying to manage my joy, my excitement, and just being reminded that this is His. And if I’m going to stay the course and finish this assignment and we recognize that keeps you humble.  If we’re going to stay the course and finish the assignment, then we have to stay humble and without his grace this cannot roll on. So, I’m humbled and I’m excited. I’m glad that you saw it, man. I’m glad you’re excited about it. And I’m also reminded that Jesus proclaimed his father’s work, not his own. And so I can’t proclaim “Roll On.”  But I can tell you that it has been a joyous experience. I’m glad God allowed me to be a part of this journey. And I’m so excited when I think about…also when I talked about that piano, it was for me that fiery burning bush experience. And so I see myself as Moses, and I was always — and Moses got in trouble for this — I was like, “God, I don’t have the ability to speak. I need a Aaron,” and God has bless me. His brother’s named is Aaron, if he’s in the show, he could sing too.

God has blessed me with this Aaron called Dr. Daniel Spruill, and I’m just humbled and thankful. Not only humble and thankful for him, but we also have another contributing composer who’s involved in this project:  Dr. Ricky Payton. Read his resume, and that will humble you as well. So we just got some great people.  Mr. Eric Ruffin our director. He’s has a Helen Hayes Award. What he’s done to this project with his direction is phenomenal. My wife, Margaret Opie, the sacrifices, the services that she has rendered to this. All the folks at the ARC, we love you. Oh, my God! I mean, we have a team at the ARC.  You know, one of the things I’m very, very serious about — I have a customer service background — and one of the things I was really concerned about is making sure that the ushers represented what I call excellence of service. And I want to say to the ushers: “Kisses”.

Wendy Thompson: And the cast, the cast is just phenomenal. I had the honor to deal with one of your cast members, who happens to be sick, Miss. Betty Entzminger.  I don’t want to mess up her name.

Marshall Opie: And you may say.

Wendy Thompson: So tell me what your feelings are about the cast.

Dr. Daniel Spruill: The cast is amazing. Even though, we have strong actors. Then we have actors who can sing.  Then we have actors who can sing, but who’s  going to make sure you feel it. But they all work together as one group.  And I try to choose my words very carefully, and I think this will be the best way to sum up the cast. Jesus said, He said “I pray to the Father that you all will be one.”  And in this cast we begin with prayer, and we’re praying that we can all be one with Christ as Christ is one with the Father. And we end with prayer. So we’re always reminded that we’re no more than instruments for this story for what God wants to do. So the cast is has been beautiful; they’ve been loving. They learn from each other; they help each other and they strive as we do, to be one, so that God can get the glory out of this production. And that’s what keeps the egos away. There is no “I have more lines” or “I’ve done this” or “This is my first time doing this.” And I said this when my school visited, that we also have a cast member who has a disability. And we knew that in the audition.  They are just as important in this process for God to use, just as everyone else who doesn’t have a disability. We look at the disability as a reason not to, but God uses it as an opportunity to get His word out and to minister.  And they come, I’m saying “they” to keep everything you know, but they’re amazing. We inhibit, but God has always given opportunity. So we are one.  the cast is one, because we strive to be one with God’s purpose, not just with the production, but in our daily lives as well.