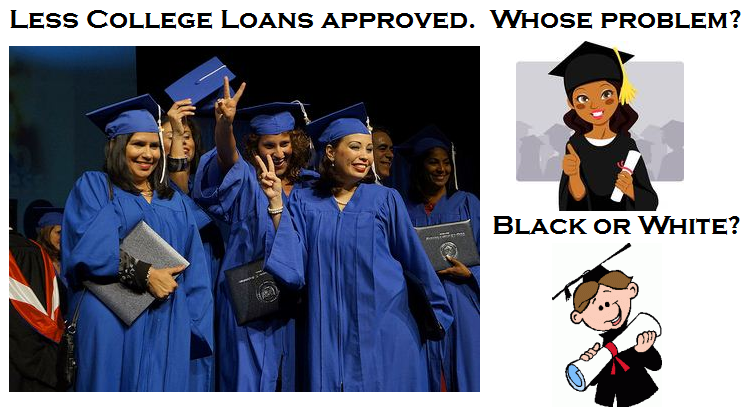 The recent calamity regarding the Obama administration’s modification to the Parent PLUS loan qualifications that resulted in more than 14,000 HBCU students not being able to return to school last fall raises several important questions. (Parents may apply for the Parent PLUS loan to pay for college expenses that remain after their child has exhausted other sources of financial aid.)

Critics of the Parent Plus loan argue that prior to the stricter eligibility requirements that now examine parents’ credit history for the past five years instead of the previous 90 days, families that can least afford to incur debt were saddled with burdensome loans, resulting in an inordinate number of defaults. The Obama administration is attempting to remedy the default issue; similar to its efforts to sort out the national quagmire created by the subprime mortgage fiasco that contributed to the economic recession.

A good intention notwithstanding, the Department of Education has essentially made it even more difficult for students from low income families to attend college. Some HBCUs are pushing back and there’s even talk of a lawsuit being filed against the administration, which, ironically has a goal for the U.S. to reclaim the top spot in the world as the country with the highest proportion of college graduates by the year 2020. HBCUs figure significantly in that endeavor; which begs the question of whether the changes to Parent PLUS will help HBCUs contribute to, or detract from the goal.

Another question raised by the issue is this: How can the administration tackle the default problem without sidelining so many students?  The most important question that this issue raises is this: now that we know that this source of financial assistance may not be available come fall 2013 and beyond, now what?

And by “we,” I’m referring to the black community (and anyone else who cares about educating our children). Are we satisfied with allowing thousands of otherwise qualified students to miss out on a college education? Are we convinced that without this source of financial aid, there is nothing else that families, individually, and the black community, collectively can do to raise the funds necessary to bridge the financial gap that the Plus loans do? Are we really willing to let our children down, conveying to them that we talk a good game but are powerless when it comes to doing something to safeguard their education?

This calls for thinking outside of the box like never before. It calls for churches and fraternities and alumni and celebrities and professional athletes to put their minds, hearts and wallets together to create a safety net to help ensure that no student who is capable of matriculating at an HBCU sits home for lack of money.  The resourcefulness, moxie and creativity that birthed HBCUs – when doing so jeopardized life and limb – serve as our foundation.

The ancestors who were instrumental in helping to establish these beloved institutions of higher learning are watching us, loving us, but wondering when we plan to use all that we have at our disposal to create a new reality for ourselves. They were beginning to get a little antsy with our apathy, but then they watched us make history twice by galvanizing around President Obama at the polls. They rejoiced bitter sweetly when they saw our collective outrage and subsequent action when Trayvon was murdered.

They sense, as do many of you, a pent-up energy, a deep, pulsating hunger to take collective action for our own good. And they are convinced that when we put our minds and hearts to it, we can accomplish anything! We are a people who “know how to make grits grocery,” and who, back in the day, would put together a rent party to raise money when a neighbor faced possible eviction.

It’s time for us to dig deep and show our children what we’re really made of because if this isn’t the time for an all hands on deck, no holds barred call to action, I don’t know what is.

The final questions: If not now, then when? If not us, then who?

Michelle Hollinger is president and CEO of HBCU GAP. The Miami Gardens-based company’s mission is to raise the graduation rates at HBCUs by using strength-based, solution-focused approaches that are “out of the box” – where most solutions are often found.