You are at:Home»Featured»OPINION COMMENTARY – The coronavirus and gratitude: How could this be worse?
Tweet

As the coronavirus has spread quickly across the globe, the developed world has dominated the face of the pandemic. Wuhan, the industrial capital of the Hubei Province in the People’s Republic of China, made the headlines for weeks. Northern Italy and the posh streets of Milan followed, until the virus finally took root in America’s largest metropolis, New York City.

During crises such as the coronavirus pandemic, Americans are often seen rallying together to support each other and their country. While it is important to recognize the severity of the virus and uphold the stay-at-home orders in place, it is equally important to recognize and be thankful for the resources that we have to fight the virus and maintain a degree of normality. 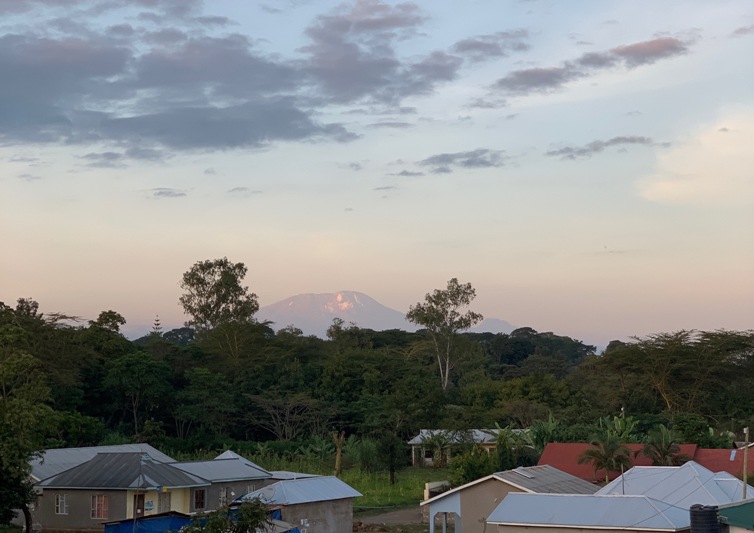 Although the virus has been detected in several developing countries, such as those in Sub-Saharan Africa, it has not spread as rapidly in comparison to Asia and the Western world. However, that could all change with one particularly mobile infected person. Tanzania for example has 24 cases with 1 death and 5 recoveries, leaving residents and leaders concerned about the virus’s potential to spread based on the pandemics of other countries.

The lives that Americans live are vastly different from those of Tanzanians, Sub-Saharan Africans or any resident of a developing country. As a nation, we are having to adjust, but we are not “roughing it.” We have simply rearranged our amenities to best function in the current crisis. But what does a country without modern amenities do during an unprecedented crisis such as this pandemic?

Frank Lyimo, a part-time lecturer at the Institute of Accountancy in Arusha, Tanzania, says his job has been affected, because all schools are closed, leaving him without work and a paycheck.

There is a stark difference in the U.S., which many Americans are realizing and finding gratitude in that difference.  Our country’s education system is being maintained through online learning, not indefinitely discontinued. Classes at each level of education are ongoing in the US, whereas in Tanzania, primary-secondary education is at a standstill until further notice. The threat of an outbreak is pausing a child’s educational development and leaving some teachers without an income.

Similarly, citizens of developed countries have access to the internet, computers and webcams to continue their jobs, whereas less than 50% of Tanzanian households have internet access and fewer own computers. People in situations such as these will have no choice but to go into work where they will be in contact with people. In some cases, social distancing will not be an option for these populations. For us, in this moment, social distancing should be considered a privilege.

As Americans, we also benefit from a diverse economy. Therefore, if one market wanes others have the potential to compensate for a loss. In Tanzania nearly ⅕ of the GDP comes from the tourism industry as 1.5 million people travel throughout the country each year for guided safaris, mountain climbs and tropical expeditions. However, these are problems that many developing countries are facing in the midst of the pandemic.

Lyimo says, “It [travel restrictions]has affected the tourism industry by a 98% decline in tourism due to economies restricting in and out-flows. The practitioners in the tourism industry have responded to the effect by closing some operations and reducing the number of employees to absorb the economic losses.”

In the U.S., there are many uncertainties. When will the coronavirus numbers stop growing? When will I get paid again? When will it no longer be a risk to go out and buy groceries? These are all valid concerns that we, as members of the developed world, experience with significantly more security than someone from a developing country.

In the U.S. most people have health insurance and access to modern medical facilities, whereas in Sub-Saharan countries, it is rare to find a citizen that has, or can even afford, healthcare in any capacity. On top of a lack of healthcare, these countries lack access to modern facilities and transportation to get to them. Fewer than 50% of Africa has access to modern healthcare facilities and most African countries spend less than 10% of their GDP on healthcare. Tanzania, for example, spends an average of $51 per capita on health care. As of 2017 the U.S. was spending $10,224 per capita, a number that has undoubtedly risen in light of the coronavirus.

These securities are something that we should all be grateful for. If a Sub-Saharan country was to experience a similar pandemic as a developed country, there would not be a healthcare system present that could accommodate a sudden influx of patients, much less a government that could provide something even remotely similar to the stimulus checks Americans will be receiving in the coming weeks.