You are at:Home»Features»Limelight»TOP 10 (#7) Linda Mahoney: Giving Harriet Tubman a home in the Capitol Building
Tweet 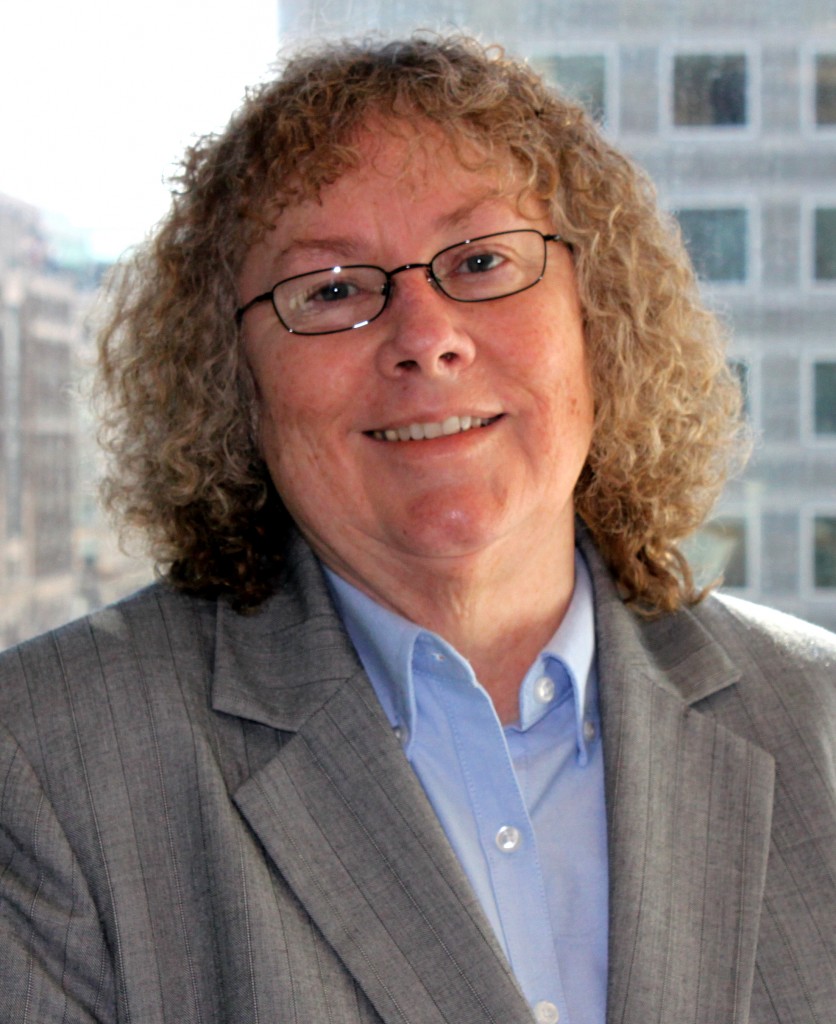 The Swinging Sixties was a decade of extremes that altered the lives of women and girls throughout the United States. As a high school student, Linda Mahoney had a front-row seat to the cultural changes taking place. She remembers feminists protesting against domestic violence and sexual harassment. She recalls the growing dissatisfaction among women regarding gender disparities in education, occupations, and salary. Now, more than four decades later, Mahoney believes that the ideals of those second-wave feminists have yet to be realized entirely.

“From early on I could see … the expectations were just different, and in a lot of ways, I’m not sure if they have changed much over the years,” said Mahoney.

Mahoney, a former middle school English teacher, moved from Arizona to Washington, D.C., in 1989 to study law at American University. She now lives in Silver Spring, MD, and is a senior legal assistant at the “Big Four” accounting firm Ernst & Young. However, even as a full-time employee for one of the largest professional service firms in the world, Mahoney makes it a priority to fight for a cause that she believes has insidiously carried over into the 21st century. 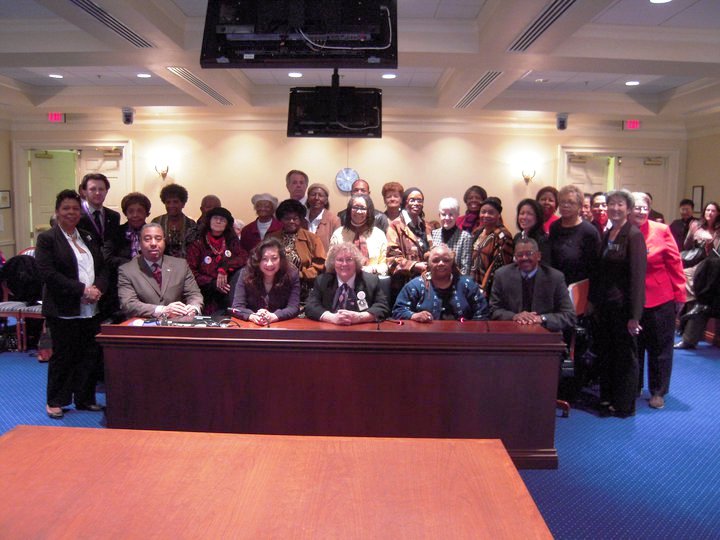 At 65 years old, Mahoney is the president of Maryland’s chapter of the National Organization for Women (NOW), a position she’s held for three years. NOW, the largest feminist organization in the United States, was founded in Washington, D.C., when Mahoney was only 19.

“NOW is still around and we’re having a resurgence as people are able to assess what sort of constraints are being placed upon women,” said Mahoney. “There’s still a need for NOW. Until women have full equality and full equal treatment, there will be a need.” 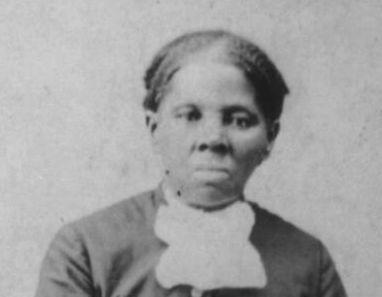 to look up to is just one of the needs that NOW can fulfill. Her and Maryland NOW’s Harriet Tubman Statue Project is an attempt to do just that.

In 2000, Congress passed a law allowing states to rotate and trade the two statues representing them in the U.S. Capitol’s Statuary Hall. Mahoney, Maryland NOW, and a slew of various other progressive organizations joined forces in 2011 in an unsuccessful attempt to place Maryland-born abolitionist and humanitarian Harriet Tubman in the “Old Hall of the House.”

“We were concerned as an organization that girls and woman should have role models [and]heroes to aspire to. We settled on Harriet Tubman as one of the many stars in the Maryland constellation of women heroes,” Mahoney said.

According to the president of Maryland’s Women’s Legislative Caucus, Del. Susan Lee (D-Montgomery), Tubman is an ideal choice to represent Maryland’s populace.

“For myself, a woman of color …  I thought it was so important that we have a statue of an African-American hero. She made such an enormous contribution, not just to Maryland, but to our country,” said Del. Lee. “She got slaves out, she was a union spy, a nurse, and after the Civil War, she fought for women’s rights. To me, that’s a sterling role model for girls and women.”

However, in order for Tubman’s statue to be housed in Statuary Hall, it would have to replace one of the two men currently representing Maryland, Charles Carroll or John Hanson. Carroll was a senator for Maryland and the only Catholic signatory of the Declaration of Independence; John Hanson was a Maryland native and president of the Continental Congress under the Articles of Confederation.

Mahoney believes that because “Marylanders don’t know what [of]significance [Hanson] has done” and because the former slave-owner’s “representation has been blown out of proportion to his achievement,” Tubman should have replaced his statue.

“The first thing out of his mouth after, ‘Hello, I’m Mike Miller’ was, ‘We are not moving John Hanson,’” Mahoney recalled.

Unfortunately for Mahoney and all of the Harriet Tubman Statue Project’s supporters, Miller seemed to be correct. However, instead of giving up on the project altogether, Mahoney pressed on and continued organizing for the statue early this year.

“Linda Mahoney was just absolutely fabulous. She was the one who brought this to our attention … Religious groups, sororities, civil rights groups, Asian organizations, African-American organizations, immigration rights groups, [and]education groups all came together as a community in a consensus for this,” said Del. Lee. “Mahoney spearheaded the whole thing. She was just absolutely wonderful, tireless and relentless, she never gave up.”

With the help of those distinct organizations, especially that of Equal Visibility Everywhere (EVE), a group dedicated to achieving gender parity in the symbols and icons of the United States, and support from Del. Lee, Sen. Catherine Pugh (D-Baltimore), and the entire Maryland Women’s Legislative Caucus, the bill to place a statue of Tubman in the U.S. Capitol—though not in Statuary Hall—passed in April.

Mahoney, who worked on this project while juggling her full-time position with Ernst & Young and separate assignments for Maryland NOW, was thrilled to hear the news.

“In part I was not only, I guess, ecstatic, but I was also relieved because over time it’s harder and harder to dedicate the focus and to keep the communication going,” said Mahoney. “I was really trying to do my other volunteer job as president of NOW. It was, at times, pretty daunting in terms of energy level and lack of sleep.”

According to Del. Lee, however, the job is still not complete. Once the project has been authorized by Congress, they can start raising funds, through private donations and nonprofit organizations, for the sculptor and the statue.

In the meantime, Mahoney will be working on projects similar to those she witnessed her feminist predecessors administering in the 1960s. On a national level, NOW Maryland will support pay equity issues and reproductive rights. In conjunction with other NOW branches throughout the U.S., Mahoney and Maryland NOW will also try to pass Rep. Tammy Baldwin’s Equal Rights Amendment (ERA) resolution, which would allow ERA supporters to restart the campaign for a Constitutional amendment guaranteeing women equal rights where they left off in 1982.

Locally, Maryland NOW is networking with colleges to encourage women to become more politically active. Their goal is to get more women appointed to state and local government positions and to help get them ready to run for office.

“We’re out there organizing and demonstrating and trying to call attention to the fact that women are still not equal, and we’re tired of being second-class citizens,” said Mahoney.