You are at:Home»Community»Cool Kids Club»Top 10 (#6) Justin Friedlander: Striking Back Against Brain Tumors
Tweet 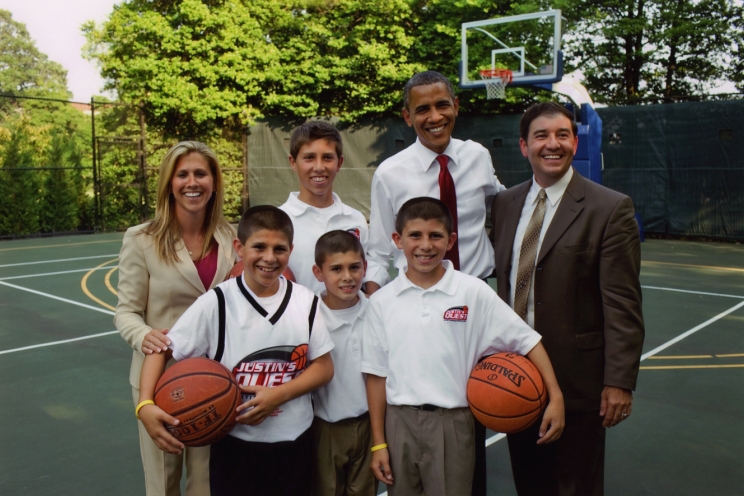 Justin Friedlander is on a quest that few can top.  Shortly after being diagnosed with an inoperable brain tumor in March 2009 at only 12 years old, Friedlander, now 14, elected to fight his disease and discover a cure.  An avid sports fan, Friedlander decided to carry out his mission through basketball. His quest: to shoot 63,000 baskets—one for approximately each person in the United States diagnosed with a primary brain tumor every year—raising money for brain tumor research. 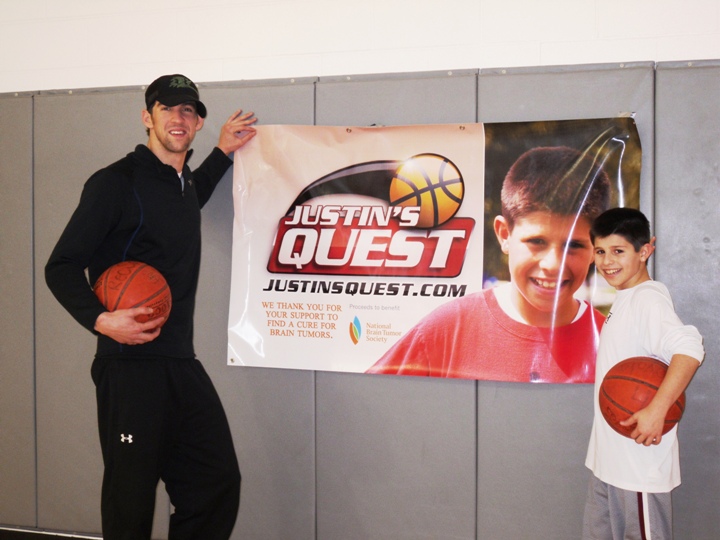 Titled “Justin’s Quest,” Friedlander’s mission summoned the help of family, friends, neighbors, athletes, celebrities, and politicians to complete the goal by shooting baskets. His journey to find a cure took Friedlander and his family from the Oval Office to the NBA All Star Game and everywhere in between.

“I want to help other people that are less fortunate than me—that can die from this—and really just help find a cure. That’s my goal,” said Friedlander, a Rockville native. “I like sports a lot and shooting hoops made the most sense, compared to like [throwing]63,000 touchdowns. A lot of people can just go out and shoot baskets.”

On Feb. 19, 2011, Friedlander made the final basket, achieving number 63,000 at the NBA All-Star Game with a little help from Los Angeles Lakers center Pau Gasol.  Taking the court before the best players in the country and thousands of cheering fans, Friedlander and Gasol teamed up to convert the final three baskets. The shots capped an 18-month 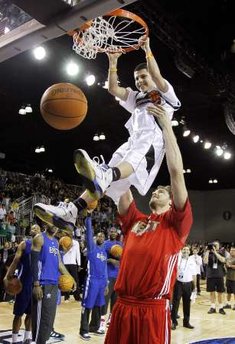 According to Friedlander, accomplishing his quest for 63,000 baskets was only the beginning. He is currently teaming up with the non-profit organization Accelerate Brain Cancer Cure (ABC2) to celebrate progress towards ending the disease, and he has plans to establish another quest to find the cure for brain tumors.

“It’s just been a great ride,” Friedlander said, “I’m just going to keep riding it and find a cure for tumors.”