You are at:Home»Featured»LIMELIGHT – Hear her roar: 17-year-old Malala and the road to the Nobel Prize
Tweet 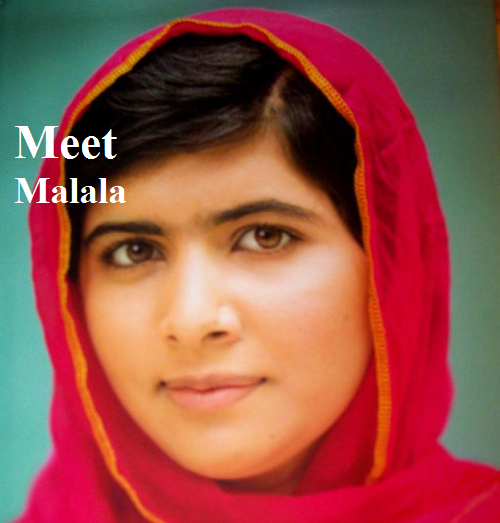 Malala Yousafzai has become the youngest ever recipient of a Nobel Prize, and only the second Pakistani to ever receive one, but her story did not start with the prize.  The 2014 Nobel Peace prize was awarded for Yousafzai’s work for universal education, especially for girls in developing countries.

Yousafzai was born into a Sunni Muslim family in Mingora, Pakistan on July 12, 1997. Mingora is a bustling town in the lush green hills of the Swat Valley in northwest Pakistan’s Khyber Pakhtunkhwa province. Her father, Ziauddin Yousafzai, is a poet and education activist who runs the Khushal Public School chain.

In early January 2009, between the ages of 11 and 12, she began secretly blogging for BBC Urdu about life under Taliban occupation, especially the struggles of going to school. She was in seventh grade at the time.

Yousafzai would hand write notes, and pass them on to a reporter to scan and then send along the stories. Online, Yousafzai was known as Gul Makai, which is the name of a Pashtun heroine of folklore and means “corn flower” in Urdu. The International New York Times reported that the choice of the name was very apt to strike a chord with the local population and abroad.

During her blogging, the slow but steady decrease of girls attending schools was very evident, and eventually the schools were closed. During this time, the Taliban began banning education for women, as well as dancing, television, music and shopping, according to the BBC. By January, 15, 2009, the Taliban in Mingora had banned all girls from attending schools, and began destroying school facilities in the area.

Eventually, the girls’ schools reopened on February 25, although they continued to experience low attendance amid looting of relief goods by the Taliban, who were in constant battles with the military. Yousafzai’s BBC blog ended on March 12, 2009. 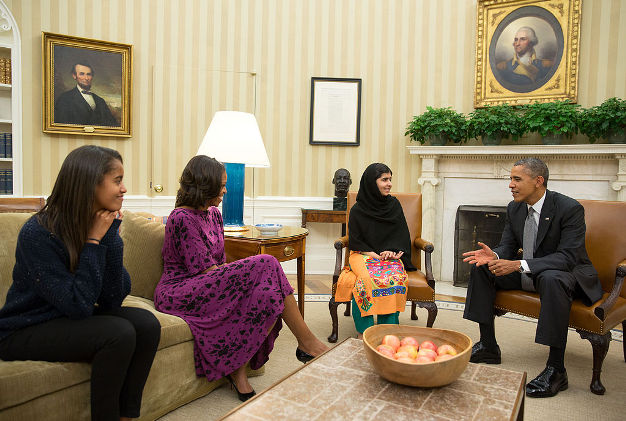 In May of that year, tensions between the Taliban and the Pakistanis came to a head in the Second Battle of Swat. Malala and her family moved out of the city to avoid the violence. Around this time, Yousafzai was approached by a New York Times reporter, Adam B. Ellick, about filming a documentary about her life. The film, titled “Class Dismissed,” can be seen online.

As the popularity of the documentary and Yousafzai’s activism grew, she began appearing on television programs both at home and abroad, revealing her identity as the BBC Urdu blogger. In October 2011, Yousafzai was nominated for the International Children’s Peace Prize by Archbishop Desmond Tutu, the South African activist, and in December was awarded Pakistan’s first ever National Youth Peace Prize.

It was this growing awareness of Malala that led to the pivotal moment of her young life. On October 9, 2012, when Malala was on her way to school, a group of armed Taliban boarded the school bus she was riding and asked for her by name.  The men warned that all of the schoolgirls would be killed if she did not step forward to be killed. She stepped forward.

Reports of the event came from the other girls on the bus, including Kainat Riaz and Shazia Ramzan, who were injured when the gunmen fired three shots. Malala herself was hit with a direct shot to her forehead, which travelled through her skull and lodged in her left shoulder. Doctors in Pakistan were able to retrieve the bullet, but when Yousafzai lapsed into a coma, they sought outside help. It was reported that offers came from all over the world to help her, who was eventually transported to Queen Elizabeth Hospital in Birmingham, England.

By October 17, after awakening from the coma, Yousafzai began a fully recovery and unbeknownst to her had become a media fascination while unconscious.  She was discharged on January 3, 2013 and has since been living in England, where she began attending Edgbaston High School in March 2013.

Yousafzai has remained outspoken on issues such as universal education reform, her opposition to drone strikes and support of socialism in the search for equality. Since her recovery, she has spoken at the U.N. — which named her birthday, July 12, Malala Day – in support of worldwide access to education.

She co-wrote “I Am Malala: The Story of the Girl Who Stood Up for Education and was Shot by the Taliban” with UK journalist Christina Lamb in 2013. The book was well received by the Western news media, although the reception in her home country of Pakistan was more mixed, due to her secular and possibly Western-influenced views.

Yousafzai’s courage and poise has captivated the world. She continues to meet with world leaders, including President Obama. In her own words, to “The Daily Show’s” Jon Stewart, she explained her actions for peace and universal education, remembering a short few years ago.

“Going to school is not only learning about different subjects… you learn about equality, because students are provided the same benches.  They sit equally; it shows us equality. It teaches students how to live with others together; how to accept each other’s language; how to accept each other’s traditions and each other’s religion. It also teaches us justice.  It also teaches us respect.  It teaches us how to live together; so that’s why I support the idea of sending children to school, because it is the best way to fight terrorism.”

Yousafzai was jointly awarded the Nobel Peace Prize with Kailash Satyarthi of India in 2014 at the age of 17.