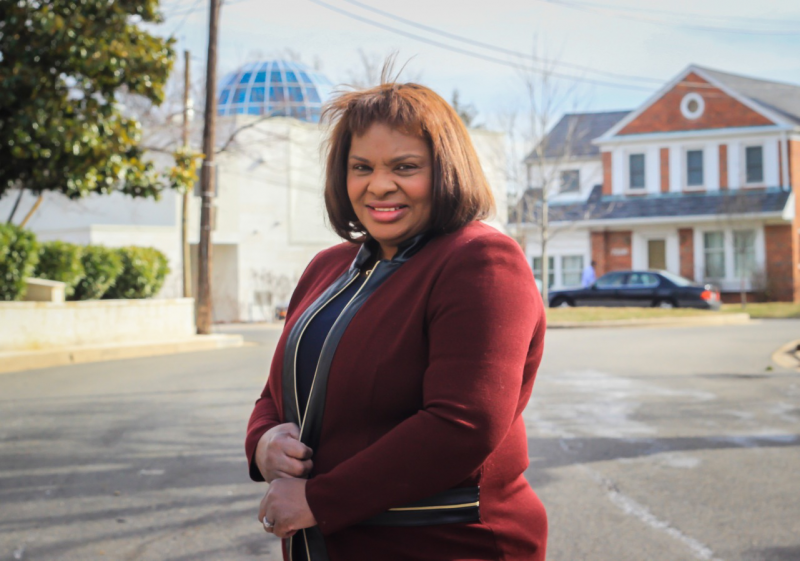 On April 28, 2015, Ward 4 residents will elect a new D.C. Councilmember to represent their interests and address issues facing the District. In an effort to understand some of the candidate’s position on local concerns, Ward 4 candidate and ANC Commissioner Acqunetta Anderson discussed the campaign and the important policies she hopes to enacted if elected.

Q. Former Mayor Marion Barry greatly impacted D.C. with his revitalization projects. What specific goals do you have for Ward 4 that will separate you from the pack of other candidates?
A. My goal for Ward 4 is to create a sustainability on many fronts. What I mean by that is we should focus on, not only economic development, but affordable housing, jobs, real property taxes and smart infrastructure. I do not want to presume or dictate to the citizens what I think is best, but I want to bring them to the table to discuss what we need as a community.

Q. What changes do you plan on implementing that will attract new business and jobs?
A. To attract new businesses we want to send a message to entrepreneurs that Ward 4 citizens…shop. I want it to be clear, we would like for them to be part of a community. We push out small business owners out of urban planning far too often and they are the pillars of our community.

Q. What do you imagine to be the biggest challenge you will face as a council member?
A. As a councilmember the biggest challenge we will face would be affordable housing. Affordable housing will be difficult, because we have too many newcomers into D.C. and the apartment buildings and condominiums are out of reach for many citizens in Ward 4. When you become unemployed, you cannot afford to pay two thousand dollars for a one bedroom apartment, and this is what’s happening. When you have a family, you cannot afford to pay that if you only earn thirty-thousand dollars a year.

Q. Mayor Bowser also prioritized modernizing schools and increasing the teaching salary. What more can be done to promote excellence among teachers of Ward 4?
A. Modernization of schools has an impact on your environment and learning. We do not pay them enough. We have city councilmembers that are getting paid over one hundred thousand dollars, but we are not paying our teachers. We ask a lot of our teachers. They should see an increase in their pay, they deserve it.

Q. What will building a second middle school do to support these goals?
A. Ward 4 does not have a D.C. public middle school. This would bring more children back to this Ward rather than them relocating out of boundaries. We need that in Ward 4. We cannot consider ourselves a sustainable community without education being a foundation of that community.

Q. How do you plan on providing professional development opportunities for these overburdened teachers?
A. As a Ward 4 councilmember, I plan to introduce a new professional development plan to bring our teachers in line. We need to train all our teachers to be master teachers. This way all of our children will receive the same level of education, and then we would not have this concern regarding our boundaries.

Q. What or who inspired you to run for this position in Ward 4 councilmember to attribute to those changes?
A. I would say my inspiration is the citizens. I have traveled across the Ward discussing how this Ward used to be. The beautiful and diverse collection of [people in]our community has inspired me, because they want the best they can get for this Ward. We cannot just show up for election time and then after elections are over have our ideas fade away.

Q. How do you believe the skills you have obtained from working in both the House and Senate contribute to your ability to fulfill the needs of the people living in Ward 4?
A. I worked on the D.C. budget on the House side, and on the Senate side, I worked with Senators Edward Kennedy and Arlen Spector. I also worked with the budget on the Senate side. Working as a Ward 4 councilmember doesn’t stop at the boundaries of the D.C. Council. Working on the Hill, in my experience, is very important to get the job done.

Q. The Ward 8 Democrats, Inc. believe former Mayor Marion Barry’s “work on behalf of the Democratic Party has been second to none.” How would you like your constituents to remember you?
A. I would like them to remember me as working for the people. As the ANC commissioner, I fight for education. I fight for infrastructure. I fight for economic development, and I am one individual, but I need to promote the voice of the people.

Acqunetta Anderson was raised on 16th Street Heights and attended D.C. public schools. She earned her BA Degree in political science and studied as a paralegal at George Washington University.  For more information on the candidates running for Ward 4 on the D. C. Council, follow us on https://twitter.com/DCSpotlight or our Facebook page at https://www.facebook.com/pages/DC-Spotlight/316389407011?fref=ts.