You are at:Home»Features»Limelight»TOP 10 (#6) Helga Luest: Coming out of darkness, fighting for victims of violence
Tweet 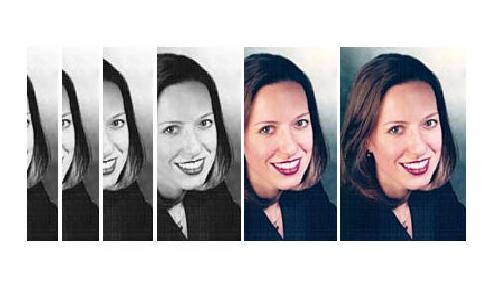 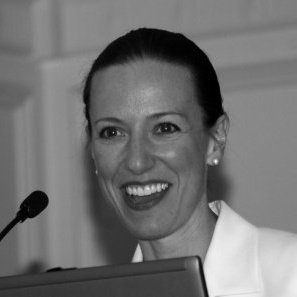 Upon entering Helga Luest’s home, a collage hangs on a wall as though it were a greeting. There’s a childlike element in the cut-out eyes and exaggerated nose, contrasting colors and even the story written on its back. Luest points out that it’s created by a survivor of violence and trauma. The collage is both a symbol of the healing process and a representation of the human spirit’s resiliency and will to live.

“I believe that one of the most important stages of the healing process comes when you can turn the dark cloud of violence and trauma into something positive,” Luest says and then adds, “For me, it was starting Witness Justice.” An expert in the field of trauma, Luest is the founder of Witness Justice, a nonprofit organization that empowers and assists victims of violence in healing from trauma and in navigating the criminal justice process. Yet, Luest is not only the founder of this organization; she is a daughter, mother, marathon runner, jazz singer and a survivor of violence.

In 1993, Luest survived an attempted murder by a man who would forever alter her life, leaving her nearly a quadriplegic with massive physical injuries. “He laughed though the entire trial,” she says, “any time I talked about how violent the attack was, the impact it had on my relationship with my mother. I lost all the feeling on the left side of my face. I didn’t know if I had HIV/AIDS for three years, because he bit me. I had to be tested every half year. It took me three years until I was out of physical therapy on a weekly basis, and I still do maintenance now, almost 20 years later.”

Luest admits, “I didn’t envision starting Witness Justice; it started almost accidental.” She adds, “In the case related to the violence perpetrated against me, his sentence was vacated on a technicality. It was only when that happened that I said there’s really no resource out here for survivors for the long-term.” Luest was then forced to ask herself, ‘Do I bail on my career in public relations, double mortgage my house and start this organization, because it’s the right thing to do? Or do I stay on a track that’s a little more comfortable?’ I decided to take the risks.” Shortly before establishing Witness Justice, Luest’s offender would eventually be re-sentenced to life in prison without parole.

Since that time, Luest has been advocating on behalf of victims of violence and trauma. In 2008, Witness Justice created the first e-Learning facility for the U.S. Department of Justice’s Office on Violence Against Women, called TrainingForums.org. Luest highlights: “We’ve since had over 10,000 service providers take the three courses, so we know it’s a sought after resource.” Witness Justice also spearheaded the GlassBook Project, named one of the top five mental health innovations in the country by Mental Health Weekly; the project works to build understanding about the different responses individuals can have to trauma. “We’ve just finished a collection of glass books with the University of Puerto Rico.”

This October, Luest and Witness Justice are organizing a congressional briefing on the mental health impact of violence and trauma on children. “Just recently the United Nations cited the United States with human rights violations when it comes to protective orders in domestic violence situations,” says Luest. “That exemplifies one area where we are failing our kids. They came to that determination because of the large number of kids getting killed because law enforcement isn’t enforcing protective orders…The briefing is really to impress upon Congress that if a complete stranger were to beat a child, there would be no question that law enforcement would be involved and there would be a criminal prosecution. When it’s a parent, it’s a totally different standard. Just because the violence originates in the family, doesn’t make the impact on that child any less, doesn’t mean that we should forgive the violence and put the child back in a situation where they’re still at risk,” she warns.

Witness Justice is currently working with the U.S. Department of Health and Human Services on a national trauma campaign and “just finished a series of interviews with survivors from different experiences,” notes Luest. “It’s going to be one of the most compelling campaigns ever for this agency, because the focus is on something that most everyone can relate to, which is psychological trauma,” she explains enthusiastically. “When you think about the range of people who are affected by psychological trauma, that’s people that have experienced abuse, neglect, violence, disaster, terrorism or war. That’s pretty much every family in this country that’s been affected in some way.”

Aside from her work with Witness Justice, Luest has her hands full with her twins. She toys with the idea of running for office when they get older. “My work is a huge part of my life,” she says, yet adds, “but for me, second to the blessing of being a mom and having two great kids.”

She confides, “When I was younger I fantasized about being an attorney. I think I always had this will in my heart to give back to the community.” Luest adds, “Trying to really effect positive change in this county and minimize negative experiences for people, that’s something that I’ll be doing for the rest of my life.” Knowing Luest – the advocate and fighter — there’s no doubt she’ll fulfill that promise.