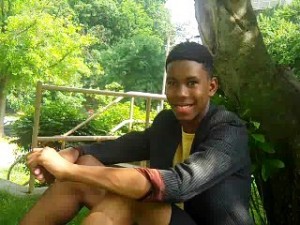 Richard Jones Muhammad, who prefers to go by his stage name Radi-yoMusiqq, is a 16-year-old singing and dancing star whose talent has made him one of the most promising young artists in the DC metro area.
A junior in high school, who also loves to read, draw and write, Muhammad hopes to hear himself on the radio and perhaps open a recording studio after majoring in the music business at Full Sail University.

Muhammad has been dancing and singing since the age of three and practices six hours a day.  He recognizes that his friends, family and inspirational figures are responsible for his drive for stardom. “My mom is my biggest supporter,” Muhammad said. “When it comes to my music, she is really there for me.” Muhammad also noted his father, artists Chris Brownand Michael Jackson and Civil Rights leader Malcolm X for their inspiration. 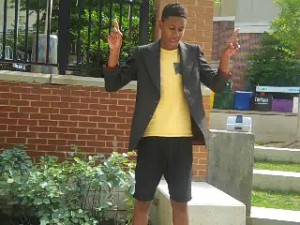 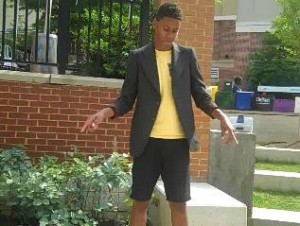 Recently, Muhammad walked away from the Little Oscars Award Show [a ceremony that recognizes rising stars in Maryland, Delaware and Virginia]with two trophies:  Best New Artist and MostCharitable Case.  According to Muhammad, he enjoys giving the money he earns to charities. This summer, Muhammad plans to record an album while staying with his grandmother in Jamaica.  He intends to give 50 percent of his earnings to the less fortunate in Jamaica. That album is titled “Impressions” and will be available Sept. 7.

Said Muhammad, “This summer, I plan to perform a few concerts, release my new album and produce an album.”  Big dreams for a little kid with so many great things waiting for him in the future.  Godspeed, Richard.