You are at:Home»Community»Cool Kids Club»Stopping bullying: Why Maryland scored an A++ with the Bully Police
Tweet 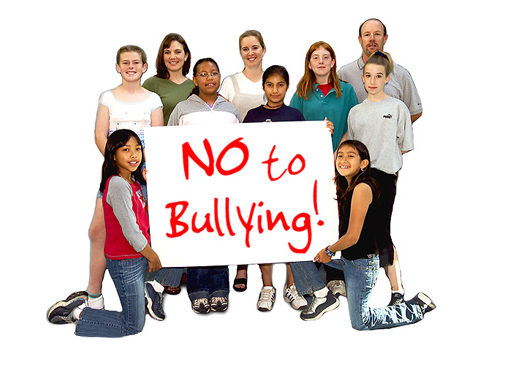 Recent statistics suggest that bullying in schools throughout the country has become an epidemic, despite strong legislation in most states, including Maryland. When Maryland Delegate Anne Kaiser presided over a public committee hearing on bullying in early 2008, she had no idea that the testimony of a group of teenagers would alter her life forever.

That evening, the teenagers took turns describing, in harrowing detail, their own accounts of bullying. Their narratives of abuse at the hands of their peers left an impression on Kaiser and members of the subcommittee, spurring a movement to end bullying in Maryland schools. 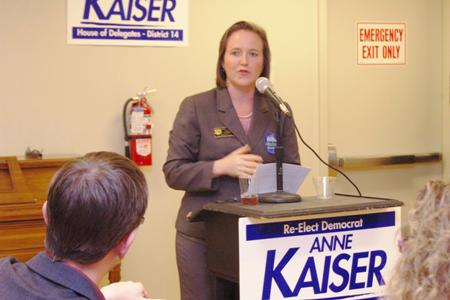 At the time, Maryland had been receiving a ‘C’ grade by the organization Bully Police, which evaluates and grades each state based on the effectiveness of that state’s bullying laws. However, after Kaiser pushed through new legislation that passed later that year, the Bully Police gave the state an ‘A++’—the highest grade the organization gives out.

“I have to admit, committee hearings don’t usually change people’s minds on issues, but it really did in this case, and it made everyone feel really connected to these kids,” said Kaiser, who has committed her time in office to battling bullying. “In my case, I shared the concerns.  The kids’ stories just made it more real for all of us. Being the chair of the subcommittee just meant I was leading the charge on it, and the more I read about it the more important it seemed to be.”

“We have hearings all the time with the public and we have adults trying to tell their stories and get their points across, but teenagers tell the best stores,” added Kaiser. “Teenagers convey what they’re truly feeling and they tell the honest, heartfelt truth about what happened to them. Everyone in the hearing room was focused fully on these youngsters and everyone’s hearts were breaking listening to these stories.”

The legislation Kaiser encouraged was intended to ensure that parents, teachers, and school administrators did not look the other way when bullying occurred, but rather addressed the problem.

“Unfortunately, no law can really do that,” admitted Kaiser. “We can’t be watching the principals and teachers at all times. Of course, we want to ensure that principals and administrators are properly dealing with all the reports of bullying, but how do we know about them if not from the principal? Certainly some parents will elevate an issue and make sure the superintendent or the school board knows about something, but many won’t … so it just seemed like one of those laws that sounded good, but then what?”

Julie, a mother of two twin boys who were bullied relentlessly at a Montgomery Co. elementary school, agrees with Delegate Kaiser. According to Julie, her children were harassed almost daily from first to third grade.  At first it was simply name calling, eventually both Alex and Andrew were assaulted as well.

“There was an incident where some older kids were on the playground and said some things to one of my sons,” Julie remembered. “So when my other son saw what happened to his brother, he told the other kids, ‘Hey, get off my brother. Don’t talk to him like that.’ So the other kids jumped on him and what ended up happening was, my kid fell to the ground and he was being kicked in the stomach and the head simultaneously by the other kids.”

Following the attack, Julie approached the school’s principal, hoping to receive support and a solution to her sons’ bullying at school. Instead, the principal ignored her requests.

Leading up to the incident on the playground, Julie met repeatedly with the boys’ teachers, counselors, and administrators to figure out a resolution to the bullying. She found that the higher up the school board she went, the less sensitive the issue became.

“There wasn’t anything done school-wide to address the concern,” Julie said. “There was a lot of negativity in the building with the adults in particular, especially with the principal, and I think that’s why she didn’t buy into [the anti-bullying programs].”

At this point, an unresponsive attitude toward the bullying by the school’s principal forced Julie to take action. She opted to remove her sons from the school altogether, transferring them to a learning facility that was further away.

“I’m happy that I changed schools,” admitted Andrew (one of the twins boys), who, along with his brother, had reached the point where they no longer wanted to attend school because of the bullying. “I made new friends,” he said, “and they’re actually my friends. They’re not like my friends one day and bullying me the next.”

The same year that Kaiser presided over the hearing, Dr. Arthur Bodin, a clinical psychologist practicing in Palo Alto, California, introduced a survey that tested over 5,000 students in 33 public schools across the country. According to the results, bullying led to an estimated 58.8 billion skipped school days a year in the United States, and an annual loss of 2.6 billion in school funding. A remarkable 84.1 percent of students surveyed admitted to seeing bullying at school at least once a day.

“The results were highly, internally consistent,“ said Bodin, who is also a senior research fellow at the Mental Research Institution whose research is intended to create a climate of kindness throughout schools. “These are conservative estimates covering public schools; the emotional costs are incalculable. My survey is designed to measure prevalence of bullying, attitudes toward school, and impact of intervention programs.”

Bodin’s research also changed his perception on how to battle bullying. Considering that bullying remains widespread in most schools, despite strong legislation in most states, Bodin referenced a different method to fight bullying made popular by Israel Kalman, a nationally-certified school psychologist located in Long Island, New York.  Kalman has produced a manual for victims of bullying, which Bodin describes as a psychological (rather than legislative) approach to reducing bullying.

“I don’t think you’re ever going to totally stamp out bullying,” Bodin admitted. “The way you make the problem worse is by punishing bullies. Then, they may lie and wait for the person they bullied and say, ‘You ratted on me, I’m going to get you even more’. So what Kalman does is instead of identifying and controlling the bullies, [Kalman] tries to help people who feel they’re getting picked on to help them to be less attractive targets.”

“I think that is a very good psychological approach,” Bodin added. “We need to help the victims. They have to come to grips on the ugly facts of life. Some people get pleasure out of causing emotional and psychological pain to others; if that’s what the reward is for, then you need to deprive them of that reward. Perhaps crying on the inside, [victims of bullying]do not have to show it on the outside.”

Kaiser also believes that there needs to be a solution beyond punishing the bullies.  “I believe they say that a lot of those that are bullies are being bullied at home or bullied elsewhere so we can’t just punish them and expect it to stop,” said Kaiser. “I’m very curious about new legislation being talked about because I’m not sure what the next direction is to go on this. I’m not sure what more we can do legislatively.”

According to Kaiser, what is needed most to prevent bullying is a culture change across the country.  “What’s true is that if someone goes to report a bullying incident… not all administrators want to accept that there is a problem,” said Kaiser. “Not all want to report the statistics because it shines a bad light on their school. The shame there is that there is no opportunity to deal with it, both to address the victim and address the aggressor. I think there needs to be more appreciation for that old phrase, ‘boys will be boys’, or these days, ‘girls will be girls’, and to know that the behavior is unacceptable. So to me, that part is a cultural change… We have to make sure that it is inappropriate and we can’t just punish the aggressor, [but]potentially provide them with some kind of social service as well to get to the root of the problem.”

Kaiser references a group called Project Change, an organization that focuses on battling underage drinking and bullying in school. Headquartered in Maryland, the group initiates programs where high school students visit middle schools to speak with kids about bullying and what to do if it happens to them.

“To me, it is programs like [Project Change] that really can make a difference,” Kaiser said. “More people thinking about it, more people who witness it to know that it’s wrong and so forth. I think those are the kinds of things that help with that cultural change…You can’t force a viewpoint,” added Kaiser, “but hopefully it’s that cultural conversation that’s happening throughout the country about bullying and that it’s worse than just teasing and … worse than a regular thing that all kids go through.”  With an A++ from the organization Bully Police, the state of Maryland is ahead of the class on this issue, due to the swift action of legislators such as Kaiser who have taken the right approach to eradicating bullying.