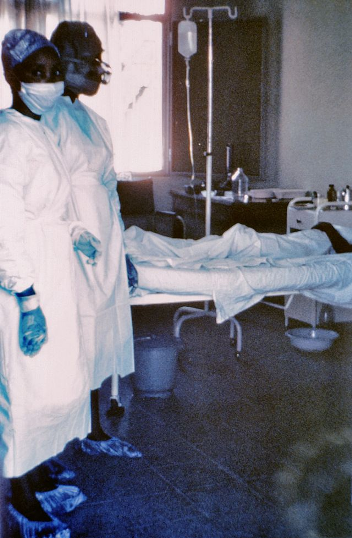 WASHINGTON – An emergency Congressional hearing was held on Thursday August 7, 2014 in response to the Ebola outbreak that has claimed over 932 lives in four West African countries.

U.S. Rep. Christopher Smith (R-NJ) called this hearing during the August congressional recess to gain a better understanding of the deadly virus and also to examine the international efforts underway to contain the virus. Smith assured attendees that this is a first of a series of hearings regarding the Ebola outbreak.

“The current West African outbreak is unprecedented,” Smith said in his opening statements.

During the subcommittee hearing, the director of the United States Centers for Disease Control and Prevention, Dr. Tom Frieden, stated that the CDC is now operating under a “Level 1” response. According to Frieden, this is the highest level of response and they are working extensively to do whatever it takes to put an end to the deadly outbreak.

“We can stop Ebola; we know how to do it. It will be a long and hard fight,” Frieden stated. “We have to stop it at the source in Africa. That’s the only way to get control.” He is confident that there will not be a major outbreak of Ebola in the United States.

The CDC has over 200 staff members researching and working on the outbreak in Atlanta and has plans of sending more than 50 staff members to West Africa in the coming weeks.

Although Dr. Frieden said he is proud of the work the CDC has done so far, Ken Isaacs, the vice president of Samaritan’s Purse, the international relief organization, says otherwise.

Throughout his testimony, Isaacs explained that it took two Americans to become infected with the virus for the world “to take notice of the largest outbreak of the disease in history.”

Isaacs also believes that the 932 deaths reported by the World Health Organization only shows 25 percent to 50 percent of the actual cases.

To avoid the spread of Ebola to healthcare workers deployed in West African countries, Isaacs stated that there is a great need for supplies such as protective suits and an improvement of care for workers. “If we are going to expect people, including the CDC people, to go abroad and put their life on the line, there has to be some assurance that we are able to care for them if they are sick,” Isaacs explained.

Dr. Kent Brantly and Nancy Writebol, members of a missionary team working under the Samaritan’s Purse and relief organization SIM, both contracted the virus while treating patients in West Africa. Currently they are being treated at Emory University Hospital in Atlanta, Ga. in an isolation unit.

Dr. Frieden explained during his testimony that the virus can be transmitted from close contact with those that are infected and exchange of body fluids. Ebola is not an airborne disease and cannot be transmitted through water and food.

The key ways to help put an end to the outbreak is through proper infection control, safe burial practices, and cutting out bush meat from your diet, according to Dr. Frieden.

“Liberia is full of cultural practices that propagate the spread of the disease, the biggest being the veneration of the dead, including the washing and kissing of the corpse. The corpse of an Ebola victim is at its maximum point of contamination in the hours immediately following death. Every contact with it will result in another infection,” Isaacs explained.

Currently, there are no approved medications that are in place that can cure Ebola patients, but the two Americans that contracted the virus have agreed to test the experimental drug ZMAPP. This is the first time the drug has been tested in humans.