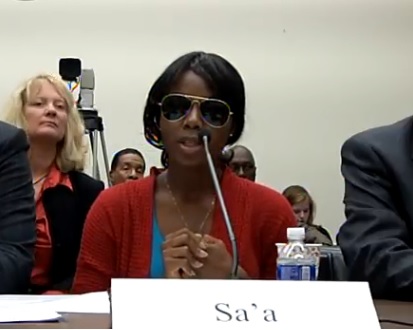 There is no greater fear than the fear of living and existing in your own home or country of birth. On Wednesday, New Jersey Congressman Chris Smith (R-NJ) spoke of this fear. The fear of Boko Haram, one of the deadliest terrorist group in the world, is ravaging Nigerians children. The most vulnerable citizens — young girls — in the town of Chibok are being raped and murdered by members of the terrorist group. With corruption, poverty and terrorism ruling the city, in 2014, nearly 300 school girls were captured from Chibok, and many of them have yet to be located with their fates unknown .

Boko Haram was responsible for 6664 deaths in 2014, which is more murders than ISIS has committed at anytime throughout the world. Boko Haram is known for drive-by shootings, rapes, and using children as suicide bombers. In addition, they have taken young boys and used them as “mini” terrorists and used young girls as prostitutes or wives for the soldiers in the group.

The term Boko Haram translates to “Western Education is Forbidden” and the group strives to support their cause by attacking schools, capturing children, and suppressing the youth from any form of education. Boku Haram destroyed countless schools, depriving Nigerian children of basic education.
On May 11, 2016, a hearing in Congress, led by Congressman Smith, was held to address the challenges in Nigeria and the role the U.S. will play in helping Nigeria confront Boko Haram and other similar terrorist threats. 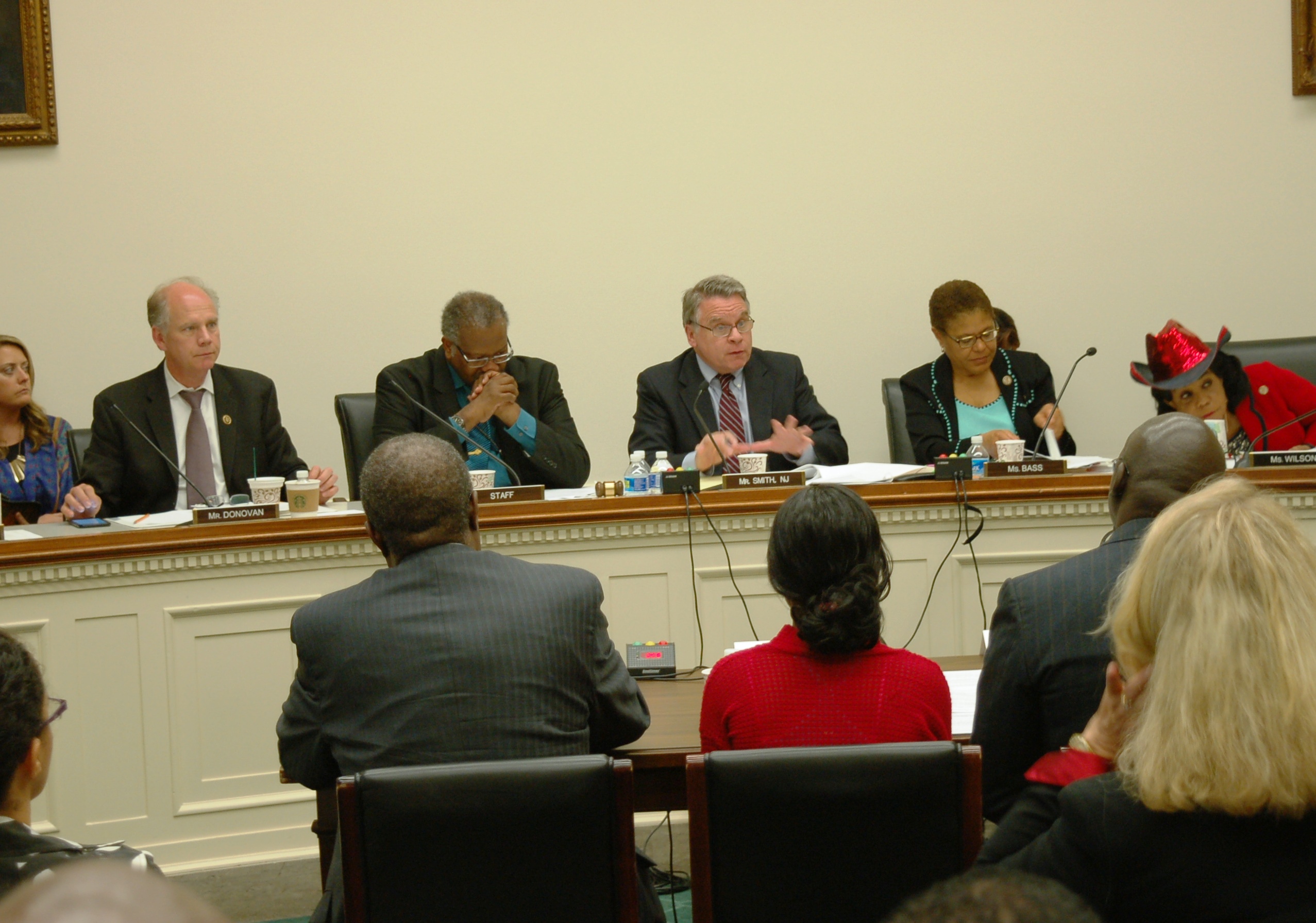 Also testifying at the congressional hearing was Sa’a, a young Nigerian school girl who escaped twice from the Boko Haram kidnappings. (For safety concerns, her actual name has be kept private and Sa’a is a pseudonym used for her protection. Sa’a, in her testimony, stated, “I have twice escaped from Boko Haram attacks on my schools, but many have not. Many live in fear every day. Their homes were burnt. So many people didn’t have a place to sleep, food to eat or clothes to wear. They are now IDPs in other places.”

Chairman Smith visited Nigeria to meet the families of the kidnapping victims in 2013 and 2014. When he returned to Washington, D.C., he introduced the Boko Haram Terrorist Designation Act of 2013. In the hearing, Smith said, “Sa’a, is one of the few who escaped this mass kidnapping, but many of her classmates were not so fortunate. Many of these schoolgirls are believed to have been forced to convert to Islam and marry Boko Haram fighters or prostituted by this group. We now receive reports that some of them may be used as suicide bombers.”

During the hearing, Sa’a described her escape from the kidnapping in 2014. She said that Boko Haram came at night when the school children were sleeping and awakened them up by yelling “Allahu Akbar!” They ordered everyone to enter their truck and threatened to shoot them if they didn’t obey. Once everyone was on board and the truck started moving, Sa’a and a friend managed to jump off the truck and look for help in the forest. They found a Fulani man—a shepherd — and convinced him to help them. He put them on his bicycle and took them home to Chibok.

After their escape, Ogebe and Smith discovered Sa’a’s story. Ogebe assisted her in enrolling in a safe school in the U.S. where she is continuing her college education through the Education Must Continue initiative, a charity run by victims for victims of insurgency. Despite the safety she has found in the U.S., she harbors fears for her family members who still remain in Nigeria.