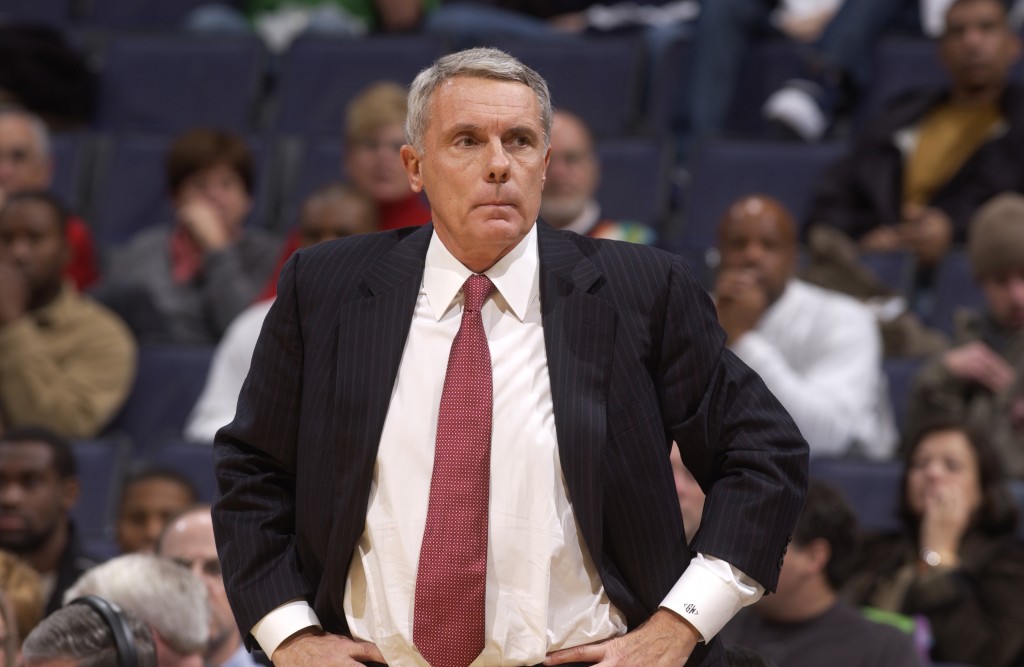 Over the past 20 years, the Maryland Terrapins men’s basketball team has gone through its share of changes. Players have come and gone, from Juan Dixon and the rest of the 2002 NCAA championship winning Terps, to standout guard Grevis Vasquez, who was drafted in the first round to the Memphis Grizzlies in May. But the mainstay and perhaps the greatest attraction of the men’s basketball program has been their coach, Gary Williams.

On Thursday, September 30, Coach Williams will be inducted into the prestigious Hall of Legends in Baltimore, where he will be honored for his dedication and contributions to college athletics. The Hall of Legends recognizes individuals who have had substantial contributions in their sport at the state or national level and are significant to the state of Maryland. Williams will join previous inductees:  Babe Ruth and Johnny Unitas, among others.  He has indicated that the event will be a family affair of sorts, which extends to his personal and professional families.  His daughter, son-in-law and grandchildren will be flying in from Ohio to attend the event, but the growing guest list also includes several previous Terrapin players, Hall of Fame college coaches and his own coaching staff.

“It is obviously a great honor,” Coach Williams said in response to the induction, in an expression of his appreciation.

For the coach, however, it’s more communal than personal. “In coaching, you never look back.  You look ahead to next season….a time like this is when you reflect on what’s happened during your coaching career.” He refused to take sole credit for Maryland’s success during his reign as head coach, making sure to note the importance of his staff and the players he has coached. “Anything like this is about the people that you’ve been around, such as your assistant coaches and your players.  Basketball is a team sport,” he says passionately.

Becoming head coach at Maryland was special for Williams, not just because of the successful history of the program, but because of his personal ties to the school. He played at Maryland as a student (He graduated in 1968.), though he insists that he “wasn’t a very good player.”  He says he left the university knowing that “I wanted to become a coach.”

Coach Williams took the head coaching job at Maryland in 1989 after over 10 years of head coach experience at American University, Boston College and Ohio State. However, he did not always envision his life as a college coach. When asked about his fondest memory during his career, he did not immediately mention winning the 2002 championship game, as some might assume. Instead, he remarked that it was getting his first college coaching job. “When I left Maryland, I was going to be a high school coach, and I would’ve been very happy doing that,” he remembers.  “It’s a lot of fun, but to be a head coach in college is a big thrill.” Getting his first job at American University was only a stepping stone to greater things.

When asked to sum up his feelings about the Terps’ 2002 NCAA championship win, he responded with a sense of pride

and contemplation, “It was a great feeling. You always strive for that, but there are very few opportunities to get there during your coaching career. I thought we had teams before [2002] that could’ve won it, but it’s such a fragile thing that everything has to go right, and we were able to get it done in 2002.”

Despite winning the championship, he notes his biggest accomplishment as coach has been creating a program the alumni are proud of. A successful program promotes the university as well as generates donations, which are not only beneficial to the basketball program, but also the university community at large.

The end of last season at Maryland saw the loss of standout guard Grevis Vasquez, along with other familiar faces who had become mainstays during their college careers.  Williams said it was hard to lose, not just the talent of those players, but their experience. “Anytime you lose seniors with great experience, they’ve been with you for four years. It’s hard to see them go away. Grevis was a great guy…also Landon Milbourne and Eric Hayes who started most of their college careers. We have to make up for that, and it’s not easy. It’s not only the talent, but the experience they bring to the team,” he states.

However, Williams is ready to build a new foundation with his young players. “We’re gonna be younger this year, andthat’s always interesting ‘cause sometimes young teams play really well, better than you think they will, but other times they just don’t have the experience to be that good.” The first day of practice is October 15, and he believes they are going to “have to go really hard to try and get the team ready for November.

When asked if he had anything in the works, he recalled the book he wrote with David Vise after Maryland won their championship (Sweet Redemption, 2002).  Yet, Williams doesn’t want to get sidelined by other outside projects at this time. He’s not planning anything new, he says, until after he retires. As he enters his 21st season as Maryland’s head coach, his focus is all on the court.

MLB: The 2010 postseason begins on October 6 with the American League (AL) and National League (NL) Division series. The Texas Rangers and Minnesota Twins have won their division titles, while the Philadelphia Phillies have guaranteed themselves a playoff berth. The defending World Champion New York Yankees are in a tight race with the Tampa Bay Devil Rays for first place in the AL East. Both the Washington Nationals and Baltimore Orioles are out of the running for a playoff spot playing below .500. The World Series begins during the last week in October.

NFL: After winning their first game at home, the Washington Redskins have fallen behind at 1-2, despite strong showings by new Redskins Quarterback Donovan McNabb. They are currently in a tie for second place in their division as the New York Giants and Dallas Cowboys have the same record. The Philadelphia Eagles lead the division with a record of 2-1. Ex-Redskins Quarterback Jason Campbell has lost his starting position with the Oakland Raiders to Bruce Gradkowski, due to poor performance. Veteran Quarterback Brett Favre has so far disappointed the Vikings this season; they won their first game in week 3 thanks to running back Adrian Peterson, who ran for 160 yards and 2 touchdowns.