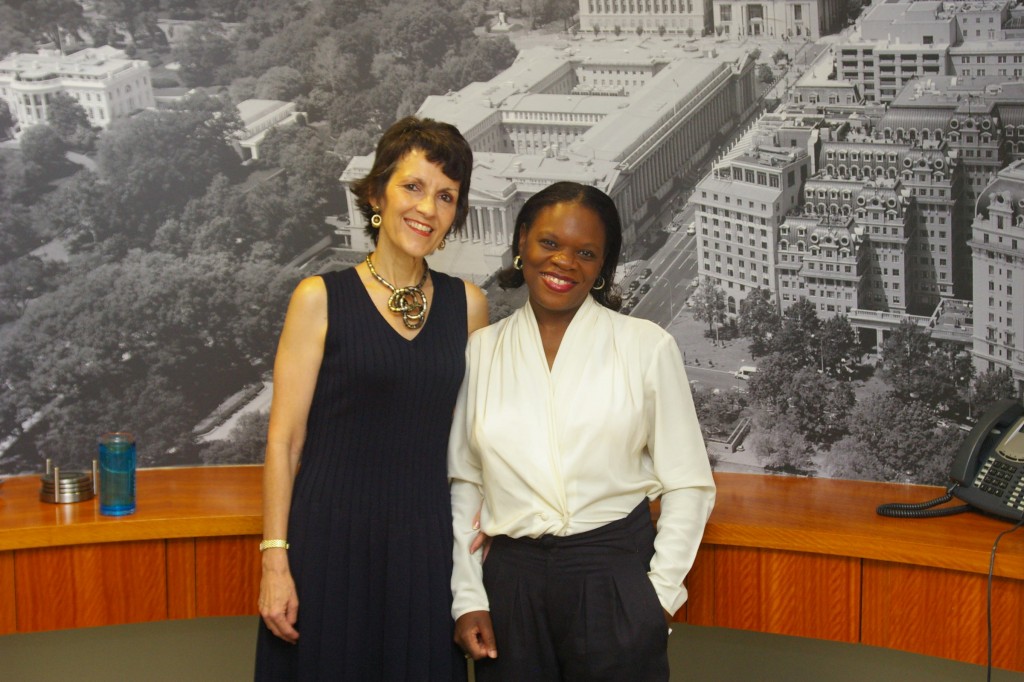 As First Lady of Maryland, Frances Hughes Glendening’s awareness of the missing chapters in the state’s history became more apparent.  As a result, she increasingly felt the need to document women’s involvement in the state’s history.  Though she is the daughter of a former Maryland State Senator as well as that state’s former First Lady, she

never sought an elected position.  However, she continues to lead a life that both touches and is touched by her community.  She is a long-time professor at the University of Maryland at College Park, a champion for women’s issues and women recognition, and currently the CEO of JAG-DC – an organization fighting for the futures of at-risk students in the Washington, DC area.  Unlike many whose lives have been detached and distant while revolving around politics and public life, “Francie’s” path has brought her closer to people.

The vital roles played by women had been – as they still are in many places – largely overlooked, omitted or outright deleted.  “We didn’t have a record of so many of the contributions that women had made throughout the history of Maryland,” she notes.  So, Glendening helped bring to life the Maryland Women’s Heritage Center, located in Baltimore, Maryland, as a way of beginning to fill in the gaps of a male-dominated national story.  “That’s what I want – [to]have a complete history,” she insists.

Beyond advocating for women, Glendening is a woman who wants the best for her society and her own world.  As an educator, learning that the drop-out rates among students in the District’s public schools were among the highest in the nation gave her pause.  JAG (Jobs for American Graduates) began over 30 years ago in Delaware and now boasts 32 chapters nationally.  Glendening became aware of the organization during her time as First Lady and saw the need for such a program in the District.  “This was something that I really wanted to work on, because of how important it is for our young people to really believe that they can have a bright future,” she says.  “And obviously if you’re dropping out of school, you don’t feel that way.  And clearly you won’t have the knowledge, skills and abilities you need if you drop out.”  As CEO of JAG-DC, Glendening is helping Washington, DC area students stay in school and become confident, responsible adults.  When JAG-DC began in 2006, as many as two-thirds of students in area schools were leaving school prior to graduation.  Within just a few years, and despite the current economic climate, JAG-DC has helped bring area graduation rates up to above 80%.

Glendening has boundless energy and an intense, personable spirit.  She has applied those strengths in many fields and continues to influence those around her both inside the political realm and in the private sectors of education.  Whether as an educator, an executive or as an advocate for women and students, Glendening has defined herself as an important public figure and an outstanding role model.  “Seeing some of our kids really go on and be successful, whether it’s here in the city or my students at the university,” she says, “…that’s what really fills me up.”