You are at:Home»Featured»SPORTS LEADERBOARD – Rory McIlroy: Golf’s young, new phenom on the prowl for Tiger
Tweet 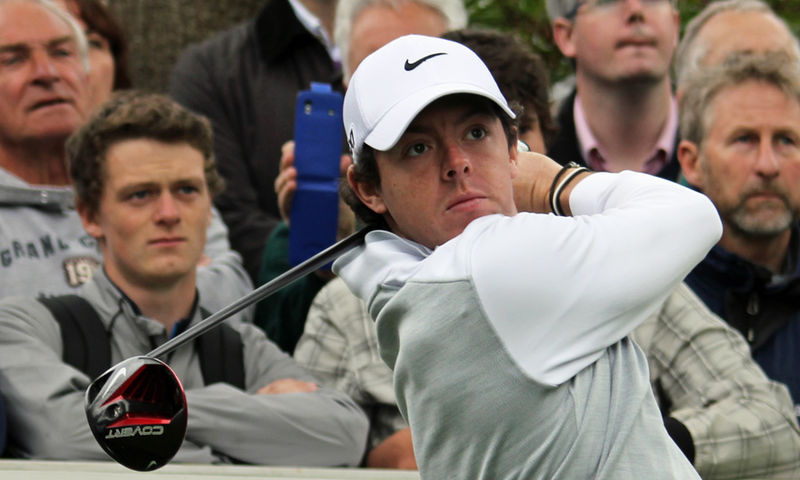 McIlroy has been playing professional golf since 2007, but first garnered media attention when he won the U.S. Open in 2011. He followed up that win with his first PGA Championship win the following year. 2013 turned out to be a surprisingly uneventful year for McIlroy, just as golf fans started to get invested in him. He finished in a tie for 25th place at the Masters, which remains the only major tournament he has yet to conquer.

But this year — particularly this summer — has belonged to no one else. Perhaps that is why it is being dubbed “The Summer of Rory” by sports writers. After breaking off his engagement with longtime girlfriend and tennis player Caroline Wozniacki in May, some wondered if the break-up would affect his play. Instead, he has been nothing short of spectacular, winning three straight tournaments: the Open Championship, WGC Bridgestone and the PGA Championship.

In fact, McIlroy has stated that he thinks the breakup may have helped him improve. “I think what happened has been for the better in terms of my golf,” he said. “I’ve put a bit more time into it and it has refocused me…I worked pretty hard before, but the past couple of months I’ve just buried myself in my game. It obviously works pretty well, so I am going to keep doing it.”

McIlroy’s meteoric rise to the top of the golf world has come at just the right time. Public interest in golf has been waning in the few years after Tiger Woods lost momentum at the top of his game. Both the Masters and U.S. Open had record low ratings this year, with fewer and fewer people tuning in to watch the major golf tournaments. But McIlroy’s impressive performances have a chance to turn that around. He’s young, attractive and likable, just like Woods was when he burst onto the scene.

Not only that, but McIlroy is good. He’s very good, with the possibility of being great. Even Jack Nicklaus is impressed with the young Irish golfer. “I think Rory is an unbelievable talent,” the golf great said. “I love his swing; I love his rhythm; I love his moxie.” And the 18-time major winner didn’t stop there, saying he thinks McIlroy could do great things, surpassing even himself. “I think Rory has an opportunity to win 15 or 20 majors or whatever he wants to do if he wants to keep playing.”

After winning his fourth major title and second of the summer on the darkened course of Valhalla, McIlroy seemed to be settling into the reality of what he had just accomplished. “I didn’t think in my wildest dreams I’d have a summer like this,” he said. “I played the best golf of my life. I really gutted it out today.”

Phil Mickelson, whom he beat by one shot, got right to the point. He summed up the PGA Championship, the state of golf, and his opinion of McIlroy in one simple statement: “He’s better than everyone else right now.”