You are at:Home»Features»Travel»TRAVEL – Georgetown: High-end shopping and dining; down home comfort
Tweet 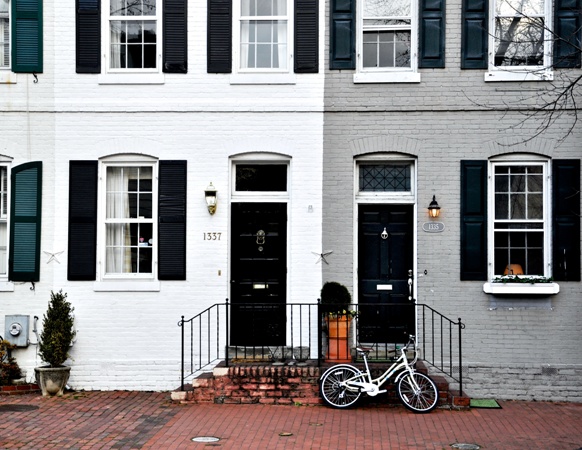 With an epicenter at the intersection of Wisconsin Avenue and M Street in Northwest Washington, D.C., Georgetown is a much-loved historic shopping and entertainment district in the nation’s capital. The neighborhood, popular among tourists and locals alike, is known for its high-end retailers and expensive real estate, but Georgetown was not always the wealthy enclave that it is today.

During colonial times Georgetown was located at the farthest point along the Potomac accessible to large ships. George Washington was known to frequent several inns and saloons in the neighborhood of wharves and warehouses where tobacco trade drew much business. Thomas Jefferson also briefly lived there when he served as Vice President under John Adams. In the late 19th and early 20th centuries Georgetown had a large population of African Americans, many of whom moved there after the Civil War.  From an early center of slave trade, the neighborhood grew to include a substantial population of free blacks. Georgetown’s Mount Zion United Methodist Church remains D.C.’s oldest historically African American congregation. 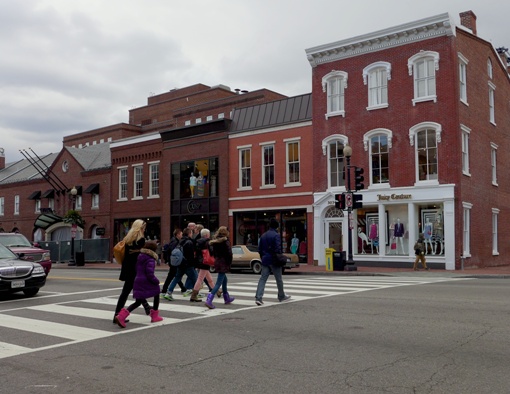 In the mid-20th century, however, wealthy politicians and socialites began to bring a different demographic to Georgetown. While serving as a Congressman and senator, John F. Kennedy and his wife Jackie Onassis Kennedy moved to Georgetown. The Kennedys and other wealthy members of the political elite transformed Georgetown into a Mecca of prosperity and prominence. Today, notable political residents include Secretary of State John Kerry, former Secretary of State Madeleine Albright, and many lobbyists, international dignitaries, among others.

Georgetown is home to the prestigious Georgetown University, as well as several preparatory schools and embassies. Historic landmarks include The Old Stone House — which is the oldest unchanged building in the District — the C&O Canal, and the Oak Hill Cemetery Chapel. Tourists will find no shortage of colonial American history and architecture along the major thoroughfares and in the row house lined neighborhoods. Several films have been shot in and around Georgetown, one of the most recognizable and 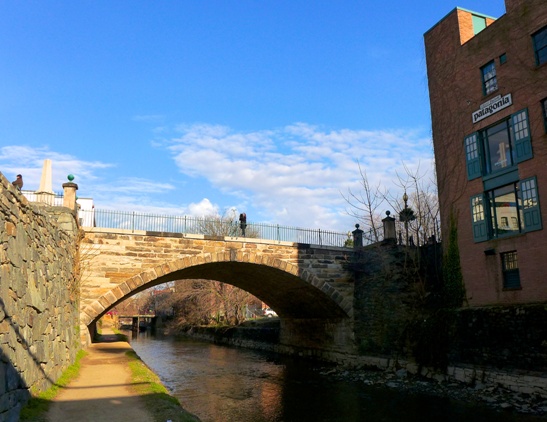 sought out movie landmarks located at the end of 36th Street northwest is known as the “Exorcist Steps,” a 75-step stair case connecting Prospect and M Streets.

There is no Metro station in Georgetown, due to geographical difficulties and a general consensus of residents who rallied against the construction of a stop in the neighborhood. For transportation services, Rosslyn Metro station — which lies across the Key Bridge in Virginia — and the Foggy Bottom-GWU Metro station are both about one mile from the center of Georgetown. Walking is pleasant along brick-laid sidewalks lined with shopping and dining locales where visitors and locals stroll to get from one place to the other.  Buses and taxis are other viable options.

Most visitors are drawn to Georgetown for its expensive retail shopping and commercial district. Flagship stores, boutiques, and specialty outlets are located all along M Street and Wisconsin Avenue, along with several side streets. Some clothing retailers in Georgetown include Gap, Anthropologie, Coach, Lucky Brand, Urban 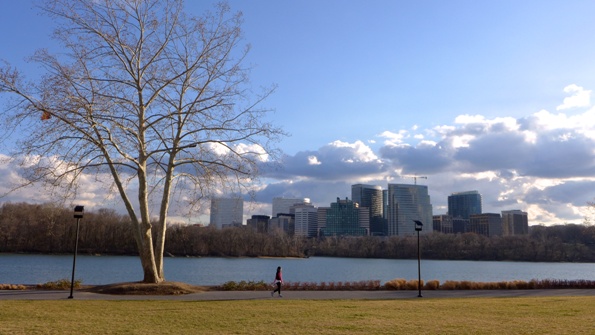 Other notable dining hotspots include Georgetown Cupcake at 3301 M St., NW (of TLC’s “DC Cupcakes” television fame) where, for the small prize of standing in the ever-present line to enter, one can indulge in the famously tasty treats and daily offerings.  Paul’s, the world-renowned authentic French-style bakery and patisserie at 1078 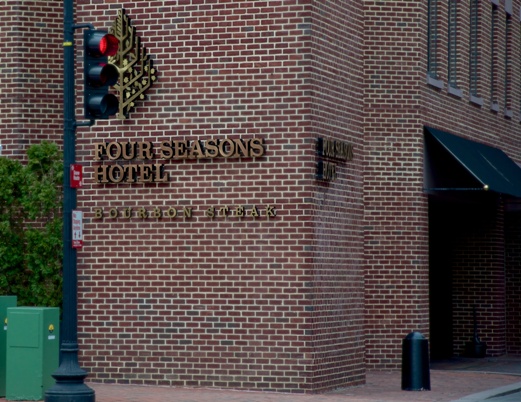 Wisconsin Ave., NW is inviting for Francophiles.  Paper Moon is a favorite for delicious Italian food and can be found at 1073 31st St., NW. Das on the corner of M and 28th offers some of the best Ethiopian fine-dining, and Clyde’s of Georgetown at 3236 M St., NW is well-loved for classic burgers and upscale bar favorites.

For visitors from out-of-town, expensive, but luxurious lodging in Georgetown can be found at such indulgent locations as the Ritz-Carlton (3100 South St., NW), and the Four Seasons Hotel (2800 Pennsylvania Ave., NW).