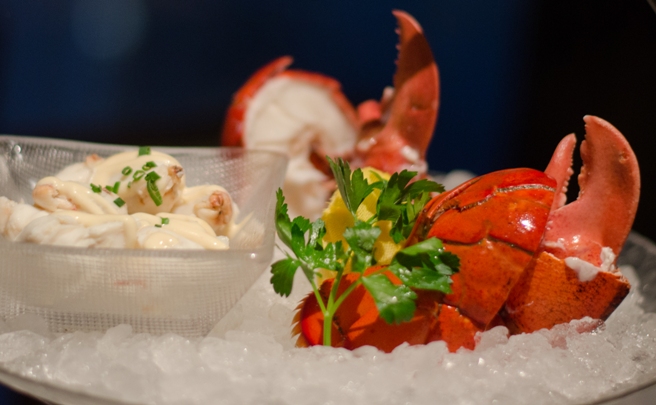 In light of the recent ocean cruise boat disasters, prospective passengers might be forgiven if they suddenly feel a little hesitant about hopping 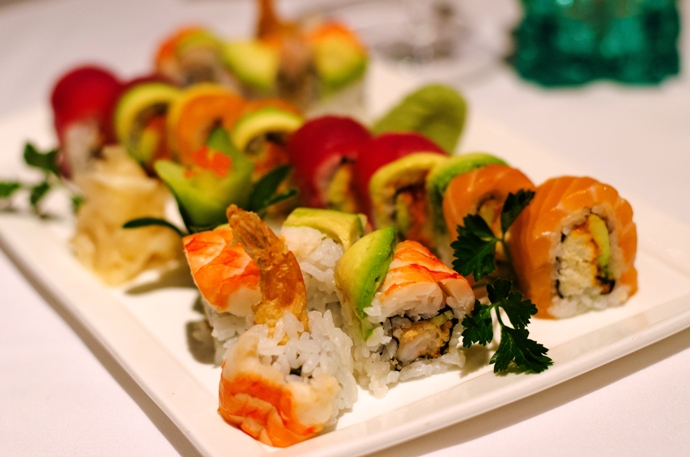 aboard a luxury ship.  A safer journey might be to Reston, Virginia’s Passion Fish, an upscale seafood restaurant owned and operated by D.C. chef and restaurateur Jeff Tunks.  The restaurant’s interior — divided into multiple decks and bursting with aquatic blues and greens — is a modern take on a vintage ocean liner.  When he opened Passion Fish in 2008, Tunks had already enjoyed great success with such downtown luminaries as DC Coast, Ceiba and Acadiana.  His first venture into the suburbs immediately topped the short list of Reston’s best dining spots, and since then, its popularity has never waned.  It is Reston’s only entry on Washingtonian’s Best Restaurants of 2013 List. 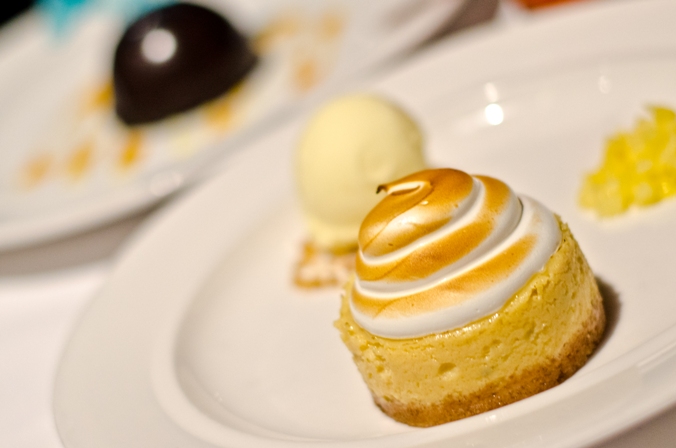 As its name would suggest, Passion Fish is a celebration of all things seafood.  Its décor – paintings of all manners of fish, from all angles, sculptures of fish (one with a spatula for a tail), two cylindrical chandeliers composed of glass spheres that look like bubbles – makes the spacious dining room feel like a shrine dedicated to the worship of the “almighty fish.”  The space exudes a sense of urban sophistication that seems at odds with its suburban location.  Manager Ryan McCarthy, formerly of DC Coast, acknowledges the virtues of this setting.  “Since we’re in the suburbs, we got lots of families,” he explains.  “A lot of them come back again and again.  It’s great, because you feel like you really get to know them.”  The family atmosphere is particularly apparent on Sunday nights: large throngs descend on Passion Fish, located on the outskirts of the town center, yet the noise level never exceeds a low but energetic din.

In the capable hands of executive chef Chris Clime, Chef Tunks’ vision thrives.  Sushi is prominently featured: nine types of rolls grace the menu, including the flavorful Kamikaze Roll ($15), a mix of tempura prawn, avocado and spicy ahi tuna that fully satisfies without the aid of extra soy sauce or wasabi.  One of the more unique entries on the menu, the Kung Pao Calamari ($14) bares closer resemblance to a complex Asian slaw than to the rubbery pieces of squid that kitchens all too often pass off as calamari.  Peanuts coated in a blend of cinnamon and spices dot the generous bowl filled to the brim with golden brown rings. 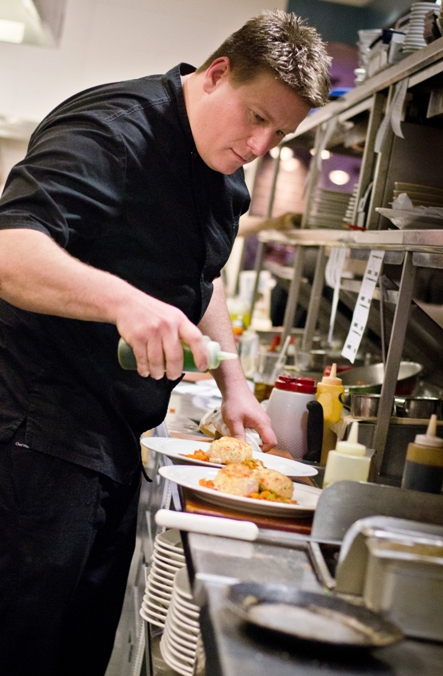 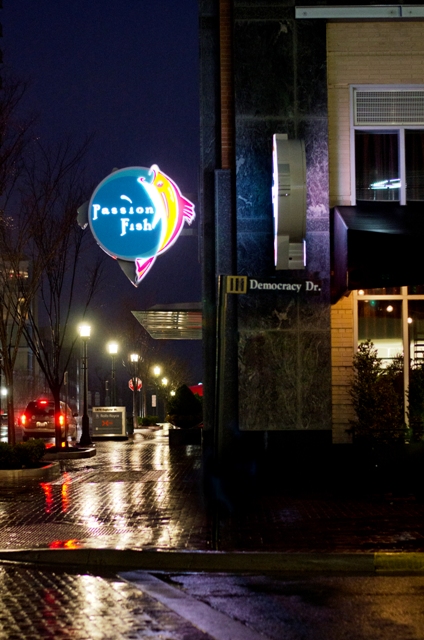 While pricey ($38), the Red Thai Curry Lobster Claypot is one of the true highlights of the menu.  Generous chunks of lobster meat and pineapple cubes swim in a thick, creamy curry sauce that has just enough of a kick, without being overbearing.  The Whole Crispy Flounder ($32) is a messy masterpiece: an entire fish (head and tail included), seasoned with a spicy tamarind chili blend.  Behind the flaky skin are pieces of succulent meat, and since both sides are loaded with the good stuff, the fish must be flipped halfway through the process.  The taste of the fish is more than worth the mess.  For those not afraid to get their hands dirty, the flounder is good, tasty fun.

With all the press surrounding his preparation of seafood, Chef Tunks is underrated as a master of desserts.  Like DC Coast, Passion Fish boasts some stellar ones, beginning with the Warm Donut Holes ($8), four sugary spheres so moist and sweet that the accompanying Bavarian Cream seems like excess. A gooey, melted Huckleberry Strawberry Crisp ($8) is topped with a dollop of improbably delicious black pepper ice cream.

No cruise would be complete without a sweet mixed drink, and the Passion Fish bar has them in spades.  While the classic beach drinks – margaritas, mojitos and hurricanes – are all here, signature cocktails like the Autumn Cooler (bourbon, Chambord, cranberry juice) are subtly satisfying.  All drinks come with a dash of kitsch, a plastic mermaid figurine on the rim of the glass.  It’s this sort of touch that keeps the atmosphere unpretentious.  That and the consistently flavorful and innovative seafood are more than enough to make Passion Fish worth the trip out to the suburbs.