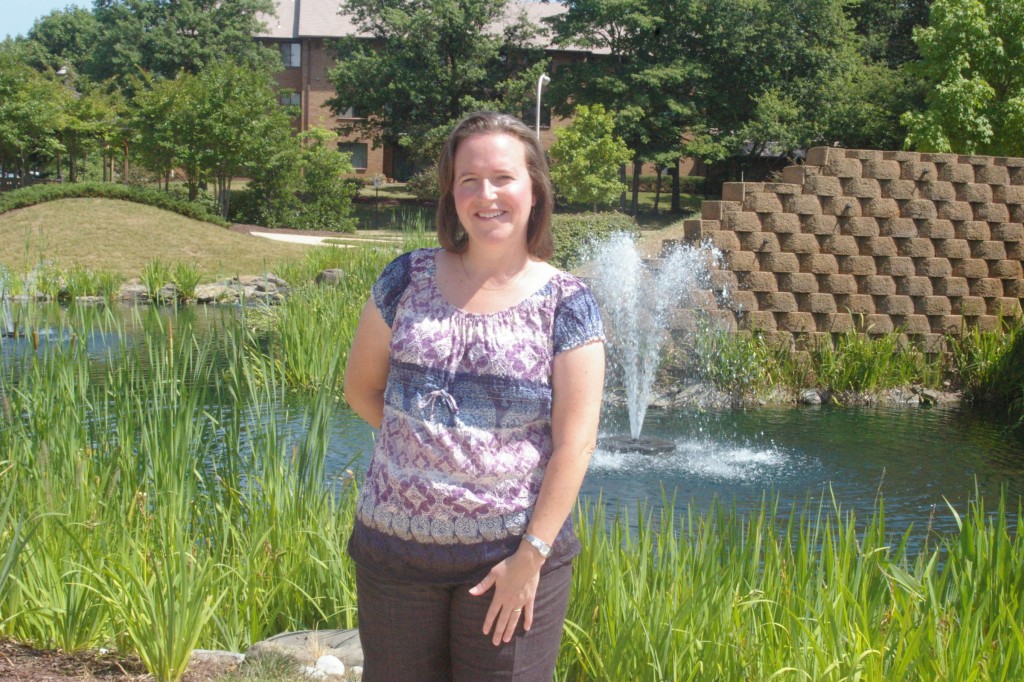 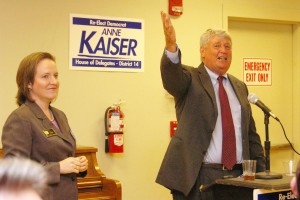 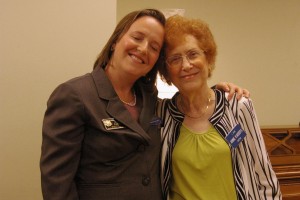 As an elementary school student in Montgomery County, Anne Kaiser vividly remembers the day her principal had the student body watch the movie “Free to Be You and Me”.  As the Maryland Delegate representing Montgomery County’s 14th district, Kaiser — an openly gay rights activist — creditsthat monumental film as the stimulus to her eventual journey to the Maryland State House.  Today, she chairs the education subcommittee and is also a member of the children and youth subcommittee, in addition to her other leadership roles in Maryland’s General Assembly. “[The movie] was about that girls could be whatever they wanted to be, that boys could cry and a girl could be a doctor,” Kaiser said. “[The principal, Dr. Davis] saw that this county was becoming more diverse and how important it was that people were more open to diversity and more open to believing that any young girl can be whatever she wants to be.” That epiphany influenced her private choices as well.

“I realized that no matter how much I’d been thinking about running for office my whole life, it would be empty without being happy on the personal side,” Kaiser said. In 2001 at age 33, she came out as an open lesbian, crediting, in part, her devoted parents and the county and state she represents. She also references the progressiveness and diversity of Montgomery County and Maryland as an integral part of her personal growth. She applauds the county for its years of outstanding progress toward diversity, which she recalls as far back as her own childhood.

“The uniqueness of Montgomery County is something as simple as, when we were in elementary school in Montgomery County, we always learned about Black History Month.  In third grade, we had an assignment where we had to pick somebody (Kaiser chose and came to school fully dressed as African American photographer Gordon Parks.) and we had a do like a little autobiography.  And I had it memorized, like half a page.  ‘Hi, my name is Gordon Parks,’ and told my story.  So I think Montgomery County is relatively unique in its focus on those issues,” she said. Now Kaiser is using the “Free to Be You and Me” film as motivation, hoping that through her actions and examples she can help young people who struggle with identity issues and bullying in school.  She assumed office in 2003 and since that time has worked tirelessly to bring about gender equality and raise awareness about the prevalence and increase in bullying of gay students, as well and the general school population.

“I think bullying, in general, is something that is overlooked too often by parents, teachers and schools,” she said. “What we can do is create a more positive atmosphere and explain to kids that it’s not appropriate and punish them accordingly and educate them at the same time.”

According to Kaiser, the best way to create awareness is to approach the issue from the ground up, focusing on the figures that influence a child the most—their teachers, counselors and parents.  “What I want to do this next session is help a little more with the health risks just so parents and teachers and school counselors have better information about what the health risks might be,” Kaiser said. “Maybe the kid isn’t telling you there being bullied, but maybe they’re exhibiting some of the health risks and you say, hey, let’s sit down and talk and maybe find out that there is something going on.”

Reiterating the mantra of the “It Get’s Better” gay bullying campaign, she insists, “Letting kids know that life will get better and the things that make them unique now, that maybe highlight them to their classmates, are things that they will value later in life. I think it’s hard to hear at 15 that it’s going to get better, but I think it will help some.”

Kaiser, who experienced teasing in school, notes recent legislature as proof that life does get better for those who are victims of bullying. For her, the potential passing of the same-sex marriage bill in Maryland is confirmation that many Marylanders are growing to accept the union of same-sex couples.

In 2011 Maryland lawmakers voted on—but failed to sign into law – a same-sex marriage bill. Kaiser remains optimistic that the bill will pass in 2012. “I would have hoped that we could have resolved this issue and then let the people decide,” said Maryland’s Governor Martin O’Malley after the State Senate passed the bill, but the State House killed the measure in 2011. If the bill is passed next year, Maryland will become the sixth state to allow same-sex marriage.

“National polls have shown that support for it has grown dramatically in these past five to six years,” Kaiser said. “I’m fairly optimistic that it will pass next year and if not next year, a political story beyond what we can say today will then be another three years, but I’m fairly positive that it will pass.”