You are at:Home»Features»Limelight»LIMELIGHT – David Grosso: Heating Up the Battle for the District’s Future
Tweet 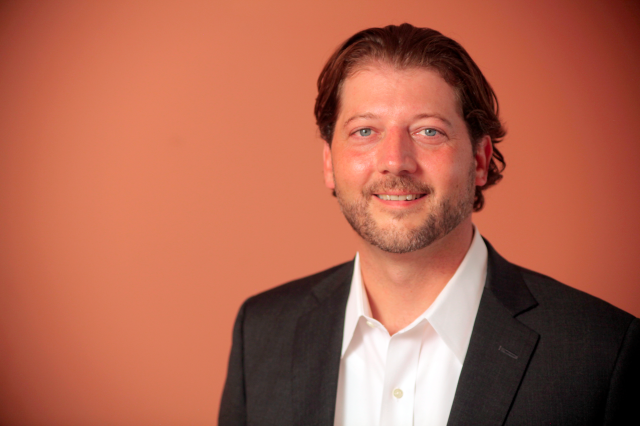 The campaign shop of D.C. City Council at-large candidate David Grosso is busy and dynamic—much like the man whose name is displayed in large red letters on the front window. On the inside, stacks of posters, campaign signs, and district maps line the four walls of the one-room building, an image that seems to evoke a military headquarters rather than a politician’s command center. For Grosso, the shop has come to symbolize what he hopes to accomplish if given the opportunity.

“You know, it’s really about bringing a new day to the District of Columbia,” said Grosso, who sat behind a cluttered desk in the middle of the room lit by a giant window facing 16th Street in busy Northwest D.C. “We’re a really young government. We’ve only been around since 1974, so when you start thinking about the maturation process of a government—of a democracy—it goes through phases until you get to the next step and really, what I’d like to accomplish is, I’d like to make D.C. a world-class city.”

Grosso has emerged from a large group of candidates with a real chance of winning the at-large seat, currently held by Michael Brown. A recent poll conducted by American University has him in a virtual tie with the incumbent. Campaign finance reports released mid-October show that Grosso has raised nearly three times the money of Brown or any other candidate. With only days remaining until the election, Grosso is experiencing great success despite the fact that this is his first time running for public office. For Grosso, however, it’s just the next step in his pursuit to further serve the city he lives in.

“My mom’s always had high standards for me when it came to giving back and serving the community, so I spent a lot of time doing volunteer work [growing up],” said Grosso, whose mother is a religious activist living in Petworth. “I worked tutoring kids; I’ve worked at Christ House, which is in Adams Morgan and deals with the homeless population. I did a lot of stuff that deals with service.”

After high school, Grosso spent a year volunteering in Honduras and El Salvador aiding the poor, before moving to Texas where he earned $45 a month working at a homeless shelter for women and children. Grosso then chose to go to college and, after earning a philosophy degree at Earlham College, enrolled in Georgetown Law where he graduated and became a member of the D.C. Bar. According to Grosso, he was destined for a different path.

“Right after law school I went and worked for [D.C. Councilmember Sharon] Ambrose and really, after that, it was just step after step of serving the District of Columbia. “[Running for D.C. Council] was just a natural next step for me, to step up and do my part to bring the city onto the next phase of development.”

If elected, Grosso intends to focus much of his attention on revitalizing the neighborhoods that define the nation’s capital and turning Washington D.C. into a ‘world class city.’ “Each neighborhood has a unique character, and part of bringing that to fruition is you also have to put politicians in place that are going to be willing to work full-time [and]work hard on the issues that matter for the people of the District of Columbia and create a vision for the future, and that’s really where I believe I define myself as a candidate,” Grosso said. 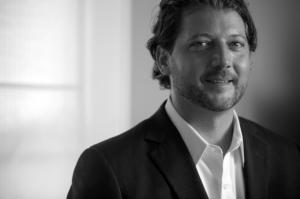 “I am someone who’s going to step into office and immediately begin working on the five year, 10 year, and 20 year vision for D.C.,” added Grosso. “Similarly to when I worked on the Council with Sharon Ambrose and Tony Williams was the mayor, we had a vision for the city because we were putting the Verizon Center downtown, or the [Washington Nationals] baseball stadium, or. . .starting to work on revitalizing the recreational centers and libraries in the city.”

Grosso also intends to address budget reform, a subject he began focusing on weeks ago. In early October, Grosso made headlines when he accused Brown of mishandling the campaign funds of one of his non-profit groups. According to Grosso, Brown failed to pay taxes for the Ron H. Brown Foundation, so he asked the IRS to investigate the matter.

“When someone is elected to the City Council, their main role is budget oversight,” said Grosso. “You are supposed to be the one that approves the budget, looks at performance in the budget, and deals with a lot of money—it’s over $10 billion. My opinion is, if Michael Brown can’t manage the funds in the non-profit that he’s in charge of. . .to the point where they lose non-profit status, then I think it’s important that the public knows about that.”

“This is the people’s money,” Grosso added. “My wife runs a small non-profit, and all they have to raise money from foundations and individuals is the credibility of the fact that they’re doing what they say they’re going to do with the money and that their mission statement aligns with what they’re doing. When you don’t report and don’t file your 10-90s [tax form]and you’re actually outside of that realm, you are undermining the credibility of everyone in the District of Columbia.”

Grosso’s displeasure with Brown has intensified the race for the at-large seat, but it has made earning a spot on the City Council a definite possibility for the first-time contender.

“Being close in the polls really feels good to me,” Grosso said. “It means we put in the hard work necessary. I’m very confident that if as we move forward we continue with our strategy, our plan, of making sure we get boots on the ground and people actually working at the polls, that we’ll be able to win. I am the only reform candidate left in the race and if you want to change D.C. you have to vote for me.”