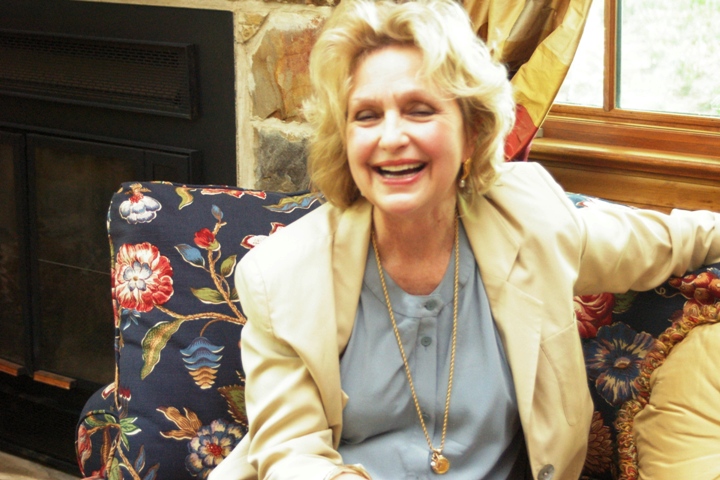 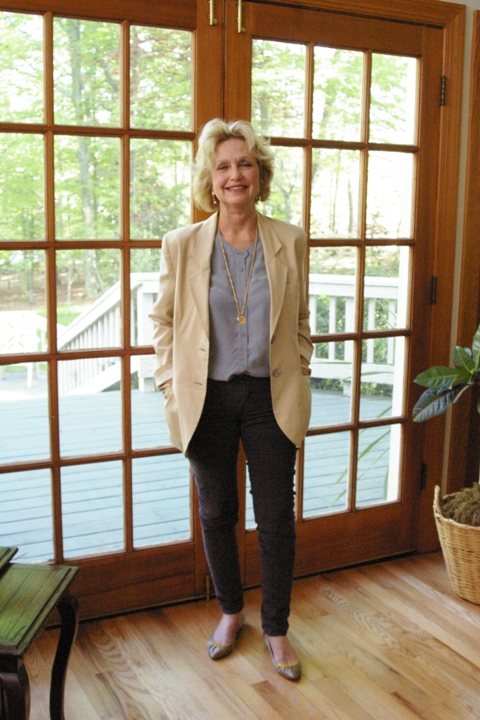 (Watch the Book Club video interview.)  In a home located about 25 minutes from a major highway, in the heart of Great Falls, Virginia, resides a distinguished woman lawyer, who is just as welcoming as her home. Susan Smith Blakely, who has practiced law for 25 years in both private law firms and the public sector, has made it her life’s work to educate young women lawyers on how to compete and prosper in a career in the law. In her book, Best Friends at the Bar: What Women Need to Know about a Career in the Law, Blakely bestows words of wisdom from herself and 60 other distinguished women lawyers about choices and issues women continue to face in the legal profession.

Blakely grew up in a small town of roughly 9,000 people in Antigo, Wisconsin, where her father practiced general law. Sitting comfortably on her sofa, she remembered how watching her father, while growing up in a small town, familiarized her with the workings of the justice system.

“He (her father) had a general practice, which meant that we saw a little bit of everything. In a small town, you really see how justice works,” Blakely said.  She and her brother were always alongside her father. “You see lawyers and judges who you know, and my father used to take us to court with him just to sit in the audience and watch to see how these cases progressed.” Her father wanted them to know “what went on and what he did, and I learned to have a tremendous amount of respect for what he did,” she said.

It was Blakely’s father who inspired her to practice law. Although she did not always know she wanted to go into the field, Blakely said she was very observant of her father. She smiled as she remembered a time when her father took pro bono work for a client who ran a farm. 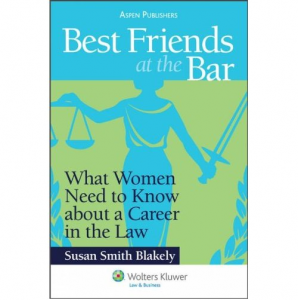 “He did quite a bit of pro bono work on an Indian reservation that was near our home,” she said. Her father did this to show his children how fortunate they were in their lives. “He would take us with him, partly I think to make us appreciate that we had a good life,” she said, nodding her head in approval. “But also,” she continued, “the by-product of that was for us to see what he did in terms of offering his services to those people.  And one of the things that impressed me the most was the way that my dad respected all of his clients.”

Blakely’s respect for her dad was immense. Her father was criticized for taking on such indigent clients or unpopular cases by people in wealthier circles at the time.

“Those cases sometimes had an impact on us, because those people made it known that we were not people they were particularly fond of, because dad was maybe taking a case that was contrary to their interest,” she remembered.

It is this statement that has guided Blakely for more than 50 years. Blakely attended Georgetown University in the 1970s after a generation of women fought through the cement ceiling, which is referenced in her book. It was the cement ceiling in the seventies, she said, but “we’re still going through the glass ceiling.” She was a 1979 graduate of a class that included women (one in three students), which, at that time, “was very high for most schools throughout the country,” she noted.  Blakely said while she attended law school, she did not see the impact on women.

“[Because] one out of every three of us in law school were women, I didn’t see much of an impact in law school,” she said. “It’s when you get out into the real world, that you start experiencing the impact, and I think that’s still true for young women in law school today.”

Today, Blakely visits law schools to speak to young women about the challenges they will face once they graduate.  However, many of the women seem indifferent and undaunted.

“Some of these young women still think I’m speaking to old stereotypes,” she said in a shocking tone. Experienced women, such as Blakely get a chuckle at these notions, because young women don’t realize the huge obstacles they will face outside the realm of law school. Experienced women lawyers, like Blakely “know that it’s just a matter of time before these young women start to realize that there are still huge obstacles out here in the world [for]us,” she warned.

Blakely concluded that it is not the overt and explicit discrimination from men that women lawyers need to look for, but the “implicit habits.  It’s the ones that sometimes they don’t even recognize…when they are behaving in that manner.” She said this impediment is “why I write the books.  I like to help the young women to understand the realities.”

There are some women, Blakely said, who “pull themselves up by the bootstraps” and are “much more savvy.” There are also women who have never had tough life experiences and never had to face adversity; they are the ones who believe that discrimination could never happen to them. To those women, Blakely said, “I know you don’t think this is going to be a problem, but just let me tell you about it in case it ever comes up.” Laughing, she continued, “Because in my mind, I’m pretty sure it’s going to come up.”

Although women are graduating at the top of their classes at law schools across the country, the dominating “old boy’s network” awaits them with fierce competition in the industry of the legal profession. Blakely recalled it was not that long ago when women were not allowed in certain places, which were for men only.  If they were allowed entrance, it was in secrecy. If women want clients, they have to fight and reach beyond their comfort zone. A vital piece of advice that Blakely wants young women lawyers to know is not to be afraid to say yes.

“The answer is always yes. Yes, I want to go,” Blakely said sternly. “You eat what you kill.” Often enough, bragging comes easier for men, but young women have to “learn to play the game” if they want to gain and retain clients. “You need to tell people how good you are at what you do, how you can help them,” she said vehemently.

Becoming a mother is one of the greatest challenges facing young women lawyers.   Blakely herself came up against this career-altering scenario. She called it the “game changer.” The other game changers after childbirth are the “dreaded afterschool activities.” When these life-altering events happen to women lawyers, they have to make serious choices, which could lead to a shift in their careers. Blakely, who practiced litigation and land use law, had to change her career after she was told she could not continue working part-time. She gave up her job and an opportunity to become a partner in the firm.

After taking a few years off to raise her children, Blakely successfully transitioned to practice in the public sector and worked as chief of staff for an elected official for eight years. Blakely then went into the private sector, where she finally made partner. “Go where you can to do the practice you want to do,” Blakely said, proud of her partnership after years of sacrifice and hard work.

Blakely is now past middle-age, vibrant, gregarious and ready to continue spreading her message of prosperity and hard work to young women in or considering a career in the legal profession. When asked what advice she would tell the 30-year-old Susan, who was getting ready to attend Georgetown back in the 1970s, bursting with laughter, she replied, “I would give her all the advice that’s in my book!”

Blakely, whose daughter is preparing to graduate from law school, said that women can not just live in the moment. “You have to think about your future before it happens. You can’t just live in the moment. You have to look forward,” she said sternly. “Look forward. Look at what you think your life might be like. Have a plan. It’s not etched in stone. It’s a plan that’s going to change. You’re going to have to be flexible.” Blakely said flexibility is important because you have to be prepared for “things that are presented to you that are opportunities that you didn’t think would ever come your way.”

She emphasized that after women process this information, they should “put it on the back-burner and become the best lawyer that you could possibly become. Do everything you can to acquire the bargaining chips that you need.” When this happens, Blakely continued, “They won’t want to lose you. Your talents will be apparent. You are a known entity. You are a talent that they do not want to give up.”

To young women in or considering a career in the law, the battle is not over. She advices women to make employers understand what your talent will mean to their practice or firm in “dollars and cents,” because that’s what it’s all about. “Become a piece to the puzzle that helps their economic well-being shine,” she admonished.

Blakely’s follow up book, Best Friends at the Bar: The New Balance for today’s Woman Lawyer, will hit book shelves in July. It dives deeper and adds a new element. The first book was about work, home, and family. She chose to write about a different experience for the follow-up book. The second book will be about work, the added element of self, home and family. As a last piece of advice to young women, she warns, “Don’t lose the jewel of who you are to any profession, because you won’t be happy, and if you’re not happy in your personal life, you’re not going to be happy in your professional life and vice versa.”  Good advice.