You are at:Home»Sports»Tiger Woods 1 shot off the lead on Saturday at AT&T National
Tweet 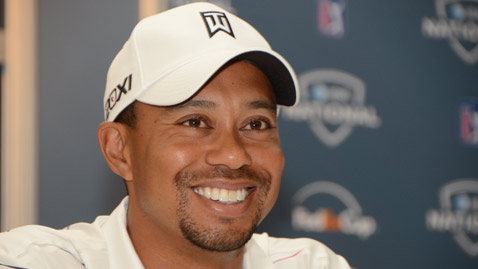 By the close of day, Brendon de Jonge was at 7-under 206.  Tiger Woods made huge strides and came within one shot of the lead ending the day with a 67.  Bo Van Pelt tied for second place with a 67 and S. Y. Noh took the 4th spot with a 69.

Golf fans and volunteers were not allowed to view the game on the course, due to hazardous conditions on the grounds after the storms.  Regular play, along with spectator and fan involvement, will resume on Sunday, according to PGA Tour officials.