You are at:Home»Opinions»Obituary - In Remembrance»OBITUARY – IN REMEMBRANCE Washington, D.C.’s “Mayor for Life,” Marion Barry dead at 78
Tweet 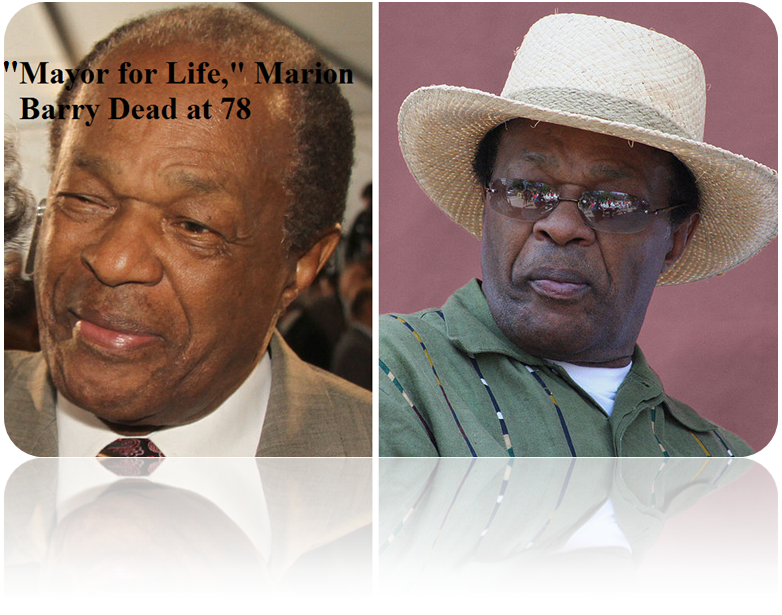 Washington, D.C.’s “Mayor for Life,” Marion Barry died early Sunday morning at United Medical Center in Southeast Washington, according to his family. He had been released from Howard University Hospital for an unconfirmed illness earlier on Saturday. According to his spokeswoman, Latoya Foster, Barry had complained of feeling “under the weather” when he checked himself into the hospital on Thursday, but thanked his well-wishers as he was released from HU Hospital on Saturday.

In 2009, Barry underwent a kidney transplant, which left him susceptible to infections and resulted in several hospitalizations in recent years. He also suffered from diabetes and at one time battled prostate cancer.

He was the current D.C. councilman for Ward 8, but will be remembered for his 4 terms as mayor of Washington. Barry is survived by his wife Cora Masters Barry and his son Marion Christopher Barry. At this time, no cause of death has been disclosed.