You are at:Home»Love and Romance»LOVE AND ROMANCE – Don’t Ask, Don’t Tell: Dating a co-worker without the drama
Tweet 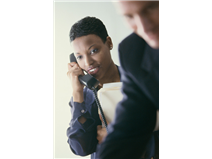 Everyone is looking for someone special. Whether that special relationship will end in marriage or a non-marital commitment is up to the couple. Looking for someone is simple.  Finding one another is the big problem. With so much of our time spent at work, commuting to work or at work events, it is no wonder that there is no time left to find that special someone. For these reasons, many Americans are revisiting that old taboo – dating a co-worker.

“Jason” started dating “Cindy”, a co-worker, very soon after they began dating one another. While there was no specific interoffice dating policy, they agreed to keep things quiet to avoid the gossip mill. They dated for a few weeks with no incident and then, after making a commitment to the relationship, they had their “coming out” at the office Christmas party.  Such results are not always as simple and certainly do not always end positively.

For “Jennifer” and “Samuel”, two workers embarking on love in the workplace, their romance ended with disastrous 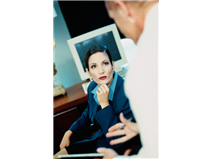 results. They agreed to keep things quiet until they knew one another better. For Jennifer, the need to talk about her new relationship – which she thought was leading to somewhere special – was overwhelming in a short period of time. For Samuel, the office romance was a way to break up his day. He and Jennifer would meet in the coffee room for a quick kiss or two, sneak away for long lunches or skip out on boring office parties with excuses about prior engagements. Then Jennifer learned the truth; Samuel was engaged to another woman and had been using Jennifer the entire time. The break-up was ugly and left Jennifer with few friends at work and a tarnished reputation. She left the office soon after, damaging her personal career.

Although these are only two examples of office romances, they are fairly typical. Workplace romances are either golden from the beginning and lead to a long relationship or they are tempestuous and end badly. The problem? Outside of work, the place most of us spend our time is home. So, if we don’t meet a potential mate at work, where will it happen?

Relationship expert and dating coach Patti Feinstein says dating is no longer about meeting someone interesting and seeing where that meeting takes you. Why is this so?  Feinstein says it’s because everyone has assumptions and today, instead of slower paced lives, we live and move in fast-forward. So, Feinstein’s job is to help men and women come up with dating strategies.

“It’s how to get in the game and how to do it well,” said Feinstein. “I would say that I give more than advice; this is strategy. The definition of dating is getting to know someone to see if you want to be with them. Successful dating requires really good communication and men are terrible at that. They don’t want to talk; they just want the situation to blow over.”

This is especially true of workplace romances. When things begin to go wrong, the woman may want to talk, but the man is going to shut her out. Approaching the man at work may seem like the only option, but really it isn’t. Workplace romances have been taboo for generations, which is part of the reason why they are also so attractive. We all want a taste of the forbidden, and we all want to be happy in all facets of our lives. When chemistry happens at work, many of us are not able to resist.

“People have lists of who they want to meet. [But] you have to communicate, and you have to build trust,” said Feinstein. “Be honest and understand that no one is perfect. Shred that list, because you’re never going to find a picture perfect person who is made from a list. You have to negotiate that list; you have to determine what is really important and what is just surface.”

So, we’re going to shred the “perfect man/perfect woman” list, right? What do we do to meet Mr. or Ms. Right? We will have to suffer through endless blind dates, friendly set-ups and dating within the office pool. Dating at work can be fraught with danger, but Feinstein insists that it does not have to be a dangerous proposition.  She says it can eventually lead to a beautiful happily ever after.

“Where else are you going to meet someone?” Feinstein asks. “At least at work you have something in common. You may know more about that person.  You probably already have chemistry, so you go out. Look at the case of Bill Gates.  He owned Microsoft, and he married an employee. If it doesn’t work out, what is the difference? You’re always going to run into an ex; you just have to learn how to cope.”

Along with learning to cope and moving on from a bad work-place date, there are steps you can take before that first date to ensure that your dating and work life will have minimal disruption.

Second, never date your boss or direct superior. “The repercussions of that could be terrible if things don’t work out, especially if a subordinate breaks things off,” warns Feinstein. The same goes if you’re the boss, even if you are not a direct superior. If you want to keep that great job, make sure you date someone who is your equal in the workplace.

Third, hide the relationship at first.  Just as with Jason and Cindy, keeping a relationship private until it is clear that it would last works. So, if you must talk about your new relationship, do so with your non-work related friends at least until both of you are certain the relationship will last.

Fourth, have some dignity and keep your personal space personal at work. This goes along with number three. Don’t broadcast your new love by making out in the cubicles, the mail room or the bathroom.  Jennifer and Samuel may have thought they were keeping things quiet, but making out at work broadcasted their relationship, and when it ended, she was on the outside.

Finally, be very careful with dating communication. Don’t sext and don’t sent overly flirtatious emails. “You know someone is going to be looking [at your work emails],” warns Feinstein. “It may be tempting, but [sexy emails]aren’t a good thing to do.”

Feinstein’s best advice is to be honest about what you want. A 6’5″ athlete or a 5’10” model with buckets of money sounds great, but “you want someone who is good to you and good to your family,” said Feinstein. “That is the only list that matters.”