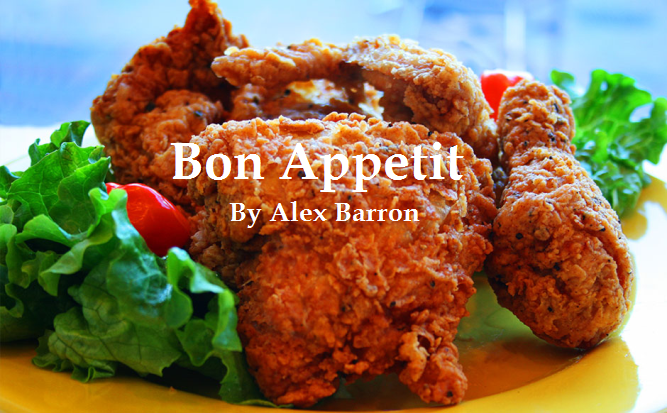 It is sometimes said that over time, pet owners come to resemble their pets. In the case of Lance London’s Carolina Kitchen, whose third location opened two weeks ago in Rhode Island Row, the same is true of a 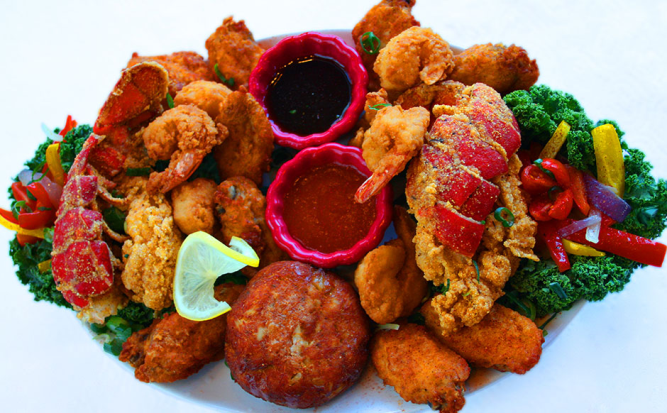 restaurateur and his restaurant. Both London and his soul food emporium are heavily adorned with accessories – London with rings, earrings and gold-embossed glasses, very much like his dining room with modern sculptures, old Hollywood paraphernalia, and antiques that evoke nostalgia for the old south. All three locations (Hyattsville, Largo and Rhode Island Row) are nothing if not festive, but Carolina Kitchen’s newest branch takes its festivity to the next level.  In certain areas of the dining room, the ceiling looks like the inside of a jukebox, an impression that is only enhanced by a 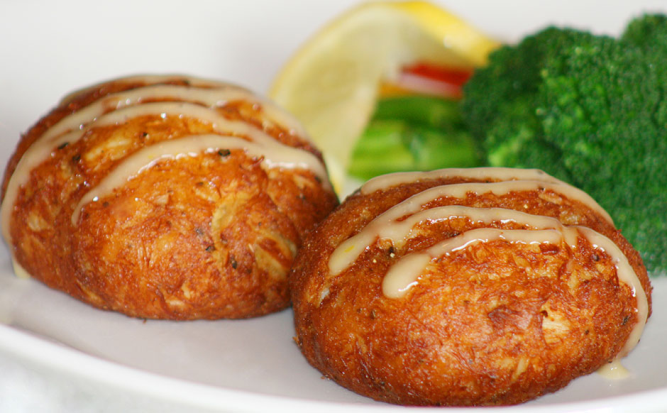 pumping soundtrack of Motown and R&B. “On March 13th,” London exuberantly proclaimed on his Facebook page, “I am bringing my party personality!” It’s hard to imagine London, who sometimes rolls up to work in a Ferrari, could ever be caught unprepared for a party.

While outwardly, Carolina Kitchen is all celebration, its inspiration is much more personal. Many of the recipes come directly from London’s grandmother, the late Pearl Pierce (“Ma Pearl,” as he calls her), a great culinary influence during his early childhood in North Carolina. Her picture graces the front of the 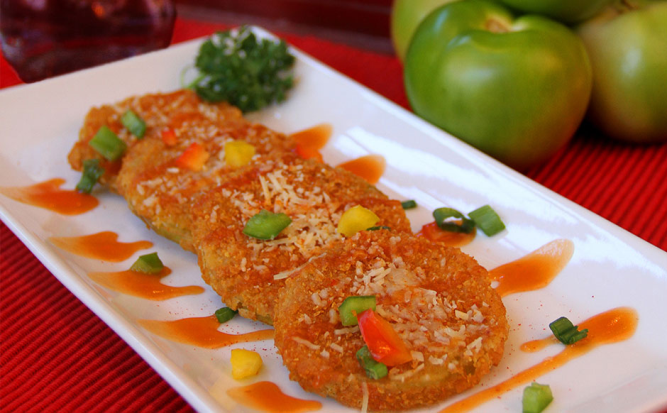 menu. As often seems to be the case with restaurants that specialize in comfort food, the kitchen dishes out big servings of unapologetic, indulgent fare. Exhibit A: the Southern Fried Pork Chops ($14.99), which includes two chops, served over rice and smothered in gravy alongside one bowl of velvety macaroni and cheese and one of pungent, vinegary collard greens. The Baby Back Ribs, ($15.99-$24.99), slathered with a coating of London’s award winning sauce is another belt buster, even without the accompanying hills of coleslaw and Cajun fries. The winner of the entrée section just might be the New Creole Grilled Salmon ($32.99); the 8-oz. filet, covered with a creamy sauce, is just one element of a platter that pulls out all the stops: lump crabmeat and shrimp, garlic mashed potatoes, mac and cheese and collard greens.

But there are also smaller pleasures to be found on the menu, particularly in the “Southern Seafood” section, which boasts an assortment of crispy golden seafood bites: oysters, shrimp, calamari, mini crab cakes and even lobster tail. Carolina Kitchen is at its best when delivering the hearty soul food dishes of London’s youth, but the Rhode Island branch also takes a stab at Cajun favorites like the satisfyingly spicy blackened chicken pasta ($15.99).

If the kitchen’s offerings are any indication, it is that Ma Pearl must have had a particular flair for desserts. Banana Pudding ($5.89) is the highlight here, hidden beneath a bright top layer of fresh banana slices and whipped cream.

The consultant for the fledgling bar program is veteran mixologist JP Caceres, a native Bolivian whose flamboyant style (he has a penchant for custom-made hats) nearly matches London’s own. At first opening, the drink menu consisted merely of basic cocktails and beers, with Abita as the only brew representing the south. But under the tutelage of Caceres, who has already helped launch cocktail menus for Del Campo and MXDC, the program is likely to blossom.

Until then, there is plenty to hold the attention of anxious patrons, especially in this area of northeast D.C. which was, until recently, uncharted territory for restaurants with the ambition of Carolina Kitchen. Quirky installations catch the eye: a collection of vintage whiskey bottles, a mural homage to King Kong, a sculpture of a horse made out of what looks like driftwood. And London’s cooking carries an air of down-home authenticity. His infectious, larger than life personality pervades every part of Carolina Kitchen, which has already become the centerpiece of burgeoning Rhode Island Row. Somewhere, Ma Pearl is smiling.