You are at:Home»Features»Love and Romance»LOVE AND ROMANCE – Does Dating a Transgender Woman Make You Gay? The Best Dating Practices
Tweet

The short answer is no, dating a transgender woman does not make you gay. It never did, it never will, and anybody who tries to convince you otherwise obviously has far too much spare time on their hands. The long answer is not even a single answer anymore. If you try to treat this question like some great complex puzzle that needs a mathematically absolute yes-or-no solution, you are done for.

You are going to end up tangled in such a messy web of unnecessary faux philosophy, social media rage and unreasonable hate, both online and offline, that you will want to spend the next five years in celibacy to recover from all the drama. Possibly on a desert island halfway across the globe. Really dudes, just follow the link to besttransgenderdatingsites.com and find somebody who wants the same things as you, and chuck the rest of the dunderheads.

That said, we get it. This is confusing. It is also a little embarrassing, and potentially a little scary. This is something that bothers you. You actually want the long answer. Okay, our dudes, that is what we are here for. We can try at least. Let’s go.

Is a transgender woman a woman or a man?

So what are you dealing with? In the vast majority of cases, you are dealing with a medical condition called dysphoria. This is something that is present since birth, and the only reason why you will not hear of transgender kids is because a kid lacks the cognitive capability to understand that hey, not everybody on the planet has a mismatch between their brain and their unmentionables. You can find a more in-depth look into the topic in this informational article.

For our purposes, in the simplest terms, dysphoria is a condition where the upstairs and the downstairs management miscommunicate during the development process, and so the company, i.e. the human being in question, ends up with mismatching elements for the final product, i.e. that human’s final bodily form. 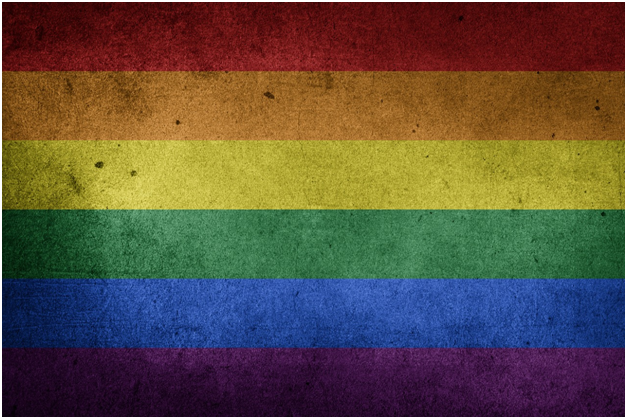 The body develops according to “hardware codes” for one gender, in this case male, so it grows standard male genitals and standard male secondary gender traits. These include the male breast configuration, male-typical muscle mass distribution, male-typical bone configuration (notably, the shoulder belt and pelvic area), male-typical vocal organs (Adam’s apple etc., remember the whole voice cracking episode of your life?), and male bodily hair patterns. Meanwhile, the brain develops according to “software codes” for the other gender, in this case female, so it grows and wires itself in a female-typical way.

Why rebuild the hardware instead of fixing the software?

Because, oddly enough, the software in this case literally cannot be fixed. Whatever mental “drivers” you are born with, you are basically stuck with those for the rest of your life. Obviously, there are exceptions to that – otherwise we would never have the many ways of managing our mental health today – but for whatever reason, changing the inborn mental identity of a person is essentially impossible.

Trust us, if a transgender woman could just snap her baby fingers at birth and make the mind and the body match right off the bat, they would do it in half a heartbeat. Every trans lady we ever tried talking to about this topic has agreed wholeheartedly, saying how life and dating would be so much easier, and so much safer, if the whole transitional hassle could be skipped. And believe it or not, trans men have the exact same attitude on the subject.

On the other hand, changing your physical form is completely doable, if pricey and complicated. Treatment for gender dysphoria boils down to making your “shell on the outside” match your “true self on the inside”. In other words, a transgender woman post-transition has been a woman since birth. A transgender man post-transition has been a man since birth. They just had to wait for adulthood to be able to be themselves in an obvious way, kind of like how we all could not wait to move out and become independent of our parents’ tastes and values.

So why is there such a big argument?

We are not underestimating the social tension, though, and neither should you. If you come out and say that you are dating a trans woman, someone might beat you up. Stay safe. Stay smart. But most importantly, stay your own person. Make your own decisions.

The best dating practice is to do your own thing, always was, always will be. If your girl used to wear a guy’s skin, that does not negate the fact that she is a girl. Do you like the gal? Feel interested? Go for that coffee or whatever. Your romantic life is not a reality TV show; nobody gets to vote on the participants.