You are at:Home»In the Spotlight w/ Wendy Thompson»Lynette Long»Lynette Long: Putting Harriet Tubman and women in their place
Tweet

“In Statuary Hall itself, there are thirty-eight statues – one woman. And in 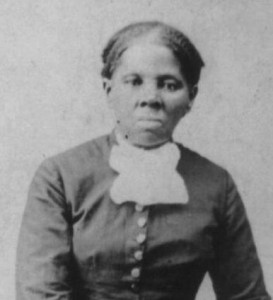 the entire collection, which are dispersed throughout the Capitol, there are nine women from a hundred – two from each state. So it’s unbelievable…I’m so passionate about this project, and it’s not for me. It’s for the next generation of girls who go in there and get a message that you don’t matter. You don’t matter. You didn’t do anything. Hello! Every president was born of a woman. We’ve had a hand in this country from the Mayflower to picking the fields to building to helping in the war, and we’re not recognized.”

Upon entering the spacious home of Dr. Lynette Long in Northwest 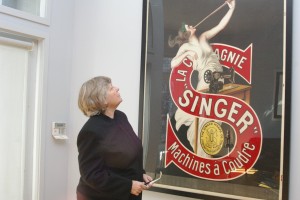 Washington, D.C., it is difficult to gaze upon the tall ceilings without envisioning the metaphoric glass ceiling women have long complained about. However, it is those massive ceilings that engender empowerment instantaneously. Large posters of powerful and poised women garnish the walls; copies of American art featuring iconic women stare back at onlookers. The room engenders thoughts of endless possibilities, and one can almost feel the magnetic levitation of the upward movement of women through the body of work Long has built over the years. The room emits the sweet aroma of success, momentum and women on the move. The walls whisper the obvious: historical firsts are approaching.

While some boast of supporting women’s causes, Long, a psychologist in practice in Chevy Chase, Maryland, has devoted the majority of her career to championing the upward mobility of women. Her deliberate focus and interest lies in movement and immediacy; she wants to see movement forward today for women. She tirelessly works with her organization EVE (Equal Visibility Everywhere), which she founded in March of 2010 in the District to promote the visibility of women in daily life. Her latest project – among others – involves a bill in the state of Maryland to place a statue of Harriet Tubman in National Statuary Hall in the Capitol Building. As much as Long would like to share the light of the moment with supporters of the bill, this was her “baby”, and like any birth, the project is close to seeing daylight, but is experiencing a few labor pains.

Linda Mahoney, president of Maryland NOW – one of the key sponsors of the bill – confides that passage has reached a roadblock. “Harriet Tubman is facing an uphill battle. John Hanson appears to have many descendants, some of them currently serving in the state legislature,” she says. Mahoney believes they are not likely to consider the bill and resist passage. Yet, Long continues the battle.

She has also set her sights on other projects in an effort to shed light on the accomplishments of women and give young girls the opportunity to learn from and celebrate those achievements. Long speaks specifically of the streets in the District and laments the fact that very few streets bear the names of women. Her latest project – “Ceremonial Street Names” – is a cooperative effort between EVE and city officials to add more names of women to local streets. “Under a street name, they sometimes put another name if someone famous lived on that block,” she notes. “If you go around DC, almost all the street names and the ceremonial street names are of men. So what we’re trying to do is get the mayor’s office to put ceremonial street names where famous women have lived. We’ve researched the names and addresses of well over 100 women who’ve lived in DC, and we’re encouraging the mayor’s office for women’s history month to put up some of these street names for them…Eleanor Roosevelt lived on our street over here. Jackie Kennedy had six houses – the Kennedys – in Georgetown…We have Sojourner Truth…We have Shirley Chisholm and Gloria Steinem’s address. We have Sandra Day O’Connor’s address, the first woman on the Supreme Court… And it took a lot of research to find all of these addresses.”

Long smiles as she takes a moment to think about her final project. She hopes to place more female hot air balloon cartoon characters in parades such as the Macy’s Thanksgiving Day Parade. Her research on this lack of female faces is stunning in light of the variety of choices of female cartoon and muppet characters available.

“Macy’s Parade started in 1924, which is the largest parade in the country. Over a million people line up to see it in person, but the viewership is approximately 65 million people. Even though the first parade was in 1924. Mickey Mouse, Donald Duck, all these balloons up, Superman…The first balloon of a woman wasn’t until 1982 – Olive Oyl – and then they did Betty Boop,” she remembers. “I thought those were not good role models for girls. One is ‘Help, Help’ and the other is ‘Boop Boop Be Doop.’ One is very sexualized…and they were older characters…We look at famous pairs. They have Kermit, but they don’t have Miss Piggy. They have Mickey, but they don’t have Minnie. They have Charlie Brown, but they don’t have Lucy…They have Donald, but they never did have Daisy…There was Superman, but no Wonder Woman…and when I found that I was really sad, because I realized through my whole life as a child, I never looked up and saw one female character, because 1982 was the first female character.”

Long confesses that her projects with EVE are full-time jobs alone, in addition to her day job as a psychologist and writer. Having written twenty books and originated the popular phrase “latchkey kids”, she says the work is its own reward. “These are high visibility projects, and I think that’s where we’re going to get the most reward for our effort.” So far, EVE has one bill on the brink of passage in the state of Kansas, where Amelia Earhart’s statue will be commissioned as soon as the governor puts the final signature on the bill. Long has high hopes for the future of Statuary Hall, which involves an induction of more women. “By 2020, I’d like to have 20,” she says with a sparkle in her eyes. “2020 is the 100th anniversary of women’s suffrage, so it would be nice to have 20 women.” So shall it be.