You are at:Home»Features»Living the Life»Life after Death: Overcoming Tragedy in Prince George’s County
Tweet 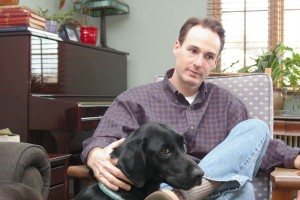 On July 29, 2008 Cheye Calvo, the mayor of Berwyn Heights, arrived homeafter a walk with his black Labradors, Payton and Chase to find a box on his front stoop, addressed to his wife, Trinity Tomsic. He placed the box on his living room table and ran upstairs to get ready for a community meeting. He could never have fathomed that the box contained 32 pounds of marijuana or that it would forever change his life.

While Calvo was upstairs, his mother-in-law, Georgia Porter, cooked dinner. As she stirred a tomato-artichoke sauce, something caught her attention in the window. Before she knew it, a bullet “whizzed” by her head, and in whatseemed like seconds, a Prince George’s County Sheriff Office SWAT team charged the home, bursting through the front door and almost instantly shooting a defenseless Payton. As Porter was forced on the kitchen floor, an officer shot Chase in his tracks. An investigation would find that Calvo and his family were victims of a smuggling scheme. In an article Calvo wrote in 2009, he stated: “I remember thinking, as I kneeled at gunpoint with my hands bound on my living room floor, that there had been a terrible, terrible mistake.”

Two and half-years after the incident, it would appear that Calvo’s homeholds no trace of that evening. The living room is cozy. A table of potted plants and a shiny upright piano surrounds Marshal and Zander, the family’s two new Labradors, as they snuggle beside the sofa or upon the comfy ottoman. Yet, something is missing. Beside the chimney, on top of a bookshelf lined with volumes of biographies – stories of lives and lessons learned in history – sits a small box. It holds the ashes of Calvo’s beloved dogs, Payton and Chase. Nearby, their faces stare out from a photograph. 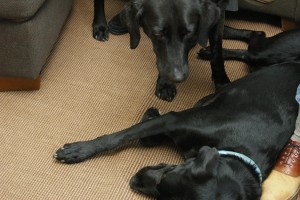 Sitting in his living room, Calvo states: “We weren’t the only ones – there were six boxes just on the FedEx driver who was coming to my house on his route. The fact is, our name ended up on this box. We don’t know why, but it happened. I’m pretty sure that if I wasn’t the mayor – probably if I wasn’t white – I would have spent that night in jail. The fact that I wasn’t arrested was a big deal; it allowed me to have the freedom to tell my story.”

Calvo did more than share his story. He brought a civil suit against Prince George’s County and the state of Maryland. “We have an agreement with the county to settle the case; that has not officially happened yet. We’ve been moved to the settlement docket and are trying to finalize the agreement between the county and the state, which basically means the sheriff.”

“I think holding police to a standard that they have to be perfect all the time is unrealistic,” he says. “But you want to have a system that learns from these mistakes. What actually upset me most wasn’t that a mistake was made, it’s the unwillingness of Prince George’s County over the last two and half years – up until Rushern Baker became county executive – to actually embrace the fact that they make mistakes and learn from them.”

No stranger to PG County, Calvo is now in his 4th term as mayor of Berwyn Heights, but he also grew up all around the county. “Financially, we struggled, but it was actually a great upbringing. I grew to like moving and having a unique name,” he remembers. “[To] be named Cheye – odd spelling, odd name – sort of forced me to learn to interact and get to know people, because I had to. I went to 14 schools before I graduated high school and lived in over 30 different places.”

“My mother got pregnant at 15,” says Calvo. “I was her third at 21. So, they [parents]took the hard route. They eventually split up for good when I was 15. Them splitting up and getting back together – every time they did one or the other, we moved. Sometimes you moved because of rent or a new opportunity. They were difficult times, but it was interesting. You learn how to navigate the world, but you also have the sense of what it’s like not to have needs, and you realize how blessed you are now.” 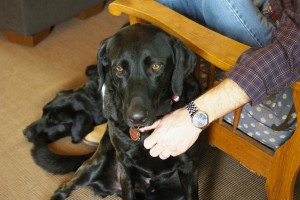 In about 8th or 9th grade, Calvo fell in love with non-fiction, drawn to autobiographies of great leaders such as Alexander Hamilton, Abraham Lincoln, and John F. Kennedy. “Reading came late to me,” he says with glee. “I just started soaking it up. These stories made you connect to government service; so the idea of being involved in government appealed to me at a young age.”

“When I was in high school – Parkdale High School – I was Student Government Officer. We lobbied the school board to ban smoking in the teacher’s lounge, I think in 1988. We lost 7 to 2, but public policy came around. I was working for the County Council at 23. Most of my career was with the National Conference of State Legislators. I’ve had the chance to work in or around government at almost every level, but being mayor is a great job. You can actually do things that effect people’s lives.”

As mayor of Berwyn Heights, and through the civil suit he’s filed, Calvo hopes to change Prince George’s County’s entire system, which has had its share of problems. The county’s police department has been recovering from the exposed corruption scandal involving Jack Johnson, the former county executive. Johnson was arrested in November 2010 after a four-year FBI investigation. Federal officials allege that Johnson tried to hide “tens of thousands of dollars of payoffs from a developer.” Johnson’s wife, Leslie, who was elected to the Prince George’s County Council, was also charged. Shortly after the Johnsons’ arrests, three county police officers: Sergeant Richard Delabrer, Corporal Chong Chin Kim, and Officer Sinisa Simice were arrested on charges pertaining to extortion, drugs and guns.

When asked about the county’s travails, Calvo states:  “The last eight years under Jack Johnson have been rough. He put people in government who really weren’t qualified. I don’t think we realized the degree of corruption, but we knew something fundamentally was wrong. The department of environmental resources – there were a lot of good people there, but getting anything done that was difficult was almost impossible. The Call Center for Prince George’s County was dysfunctional. Getting just a non-emergency call relayed to our officers; it didn’t work a significant portion of the time. Really basic elements of government weren’t being tended to.”

Calvo also asserts:  “The problem is when you have elected officials like Jack Johnson, Michael Jackson, former County Council members, Sam Dean or Tony Knotts, who are decent people in their own right, but were unwilling to have a single public hearing, not just on my case, but on Ronnie White. There were no legislative oversight hearings on police misconduct over the last two and a half years. No one was asking questions – other than the media. Police quickly learn that they can get away with anything. It doesn’t mean that police who commit misconduct are bad people; they’ve just often been poorly hired, poorly trained and poorly led.”

After conducting over 150 depositions, Calvo now knows all the details and what went wrong in the 2008 raid. “Practices that led to the incident, these are things that we’ve been all about changing. One, it doesn’t really matter the nature of the offense; all search warrants will deploy SWAT teams. In ‘07, it was about 700 times SWAT [were]deployed in PG County. That number has dropped to about 400 a year. Baltimore City is like 160. PG County deploys for non-violent offenses. Montgomery County in a whole year deployed once for a non-violent offense. Baltimore City was like 60 times. We’re actually more for non-violent offenses than Baltimore County, Baltimore City and Montgomery County combined. So, rather then doing a risk assessment, they just send a SWAT team.”

The mayor also added that the narcotics division failed to carry out an investigation before the 2008 raid; this was only one of many mistakes made. “The Fedex driver actually had a warrant out for his arrest – they never checked that though. They don’t investigate people in advance. The sheriff’s department had a policy in place that said if a SWAT team was observed by the people inside of the house, that in itself created exigent circumstances, which allows them to go in dynamically, waiving the knock and announce rule. They actually didn’t hear her [Porter] scream. Through that [kitchen]window, they saw that she saw them. According to their policy, that created a danger which compelled them to go dynamic. She[Porter] stood in that kitchen and had a bullet whiz by her, two feet from her head. They didn’t go through the front door. These are officers with MP5 sub-machine guns, and they don’t know the rules regarding constitutional rights surrounding the knock and announce principle.”

Calvo is not shy in expressing his discontent with Mark Magaw, the new interim Chief of Police. Ironically, Magaw was also the narcotics commander during the 2008 raid on Calvo’s home. When asked what he thought about Magaw, Calvo confides: “I would oppose making that appointment permanent. I look forward to the day that we place a new Police Chief at the county level who can bring about the changes that I think are necessary.” He believes changes in the system are finally taking root, particularly since the county executive seat was filled by Baker. “I really credit Baker,” says Calvo “and the leadership of his office to say there are clearly things that this process has revealed that show that we can do better. Not recreating the wheel, not doing things that are radical, but simply putting in place the best practices that exist regarding issues from warrant services to deployment of SWAT teams, use of deadly force with animals, all those things. By negotiating a settlement, we had the opportunity to effect policy and create a better system.”

As he laments the lack of policies concerning the humane treatment of pets, Calvo can’t help but remember his beloved dogs and their untimely deaths. “Payton didn’t get a chance to turn around; they just started firing right away. Chase was shot from behind with a MP57 machine gun.” Today, Calvo and his wife share their home with Marshal and Zander, the two jovial dogs that replaced Chase and Payton. “They don’t replace Payton and Chance, but they’ve certainly been a huge part in our healing process.” In memory of their two dogs, Calvo and his wife created The Payton and Chase Fund for animal causes. Calvo’s 40th birthday celebration is a combination of a party and benefit for the fund and will take place on March 26.

“It’s trying to turn something positive out of a horrible situation,” he says. “I really believe that government can be made to work better. I think we can do better, and in Prince George’s County we have to demand better.”