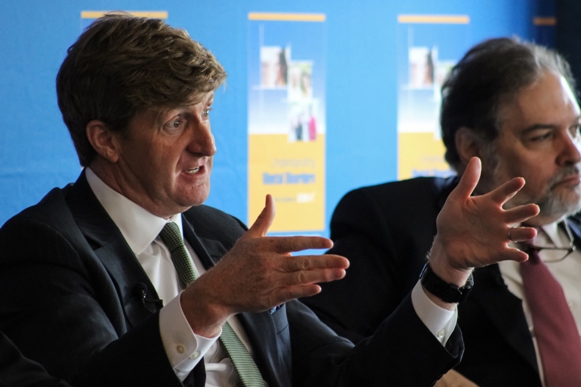 WASHINGTON, DC  – On Tuesday, former Congressman Patrick Kennedy led a panel discussion at the National Press Club with representatives from the American Psychiatric Association (APA).  The event addressed mental illness and the lack of adequate education and funding for those suffering from mental illnesses.  Kennedy partnered with the APA to write the forward for the organizations latest manual “Understanding Mental Disorders:  Your Guide to DSM-5”. 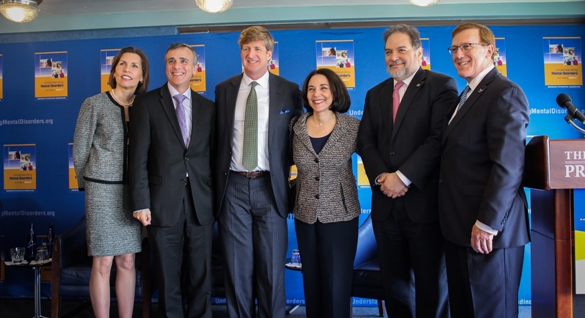 During the press conference, he stressed that through the Mental Health Parity and Addiction Equity Act, President Obama mandated that most employer-sponsored insurance plans must provide equal care to patients with mental illnesses.  “[The law] won’t be enforced unless people fight for it.  It’s only going to be as effective as we make it…We’re never going to change the system unless there is public demand.  We need to increase the total volume of people that are demanding that these services be available.”

Panelist and psychologist Barbara Van Dahlen further added, “As culture changes, we value things differently.  That drives policy, money and emphasis” on how much funding the medical community will expend on mental illnesses.