You are at:Home»Features»The Nation»Conservatives and the Abortion Debate: A strategy for winning in 2012?
Tweet 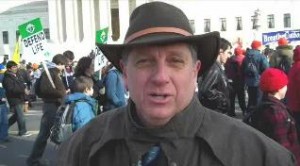 Across the conservative political spectrum in the United States, the results of the 2010 elections are a prelude and springboard to 2012 and the bid to oust President Barack Obama from the White House.  The Obama-supported health care bill — its repeal already endorsed by the Republican-led House of Representatives — is helping critics on the Right to bring a plethora of arguments into the fray.  Yet, the verdict is still out regarding the effectiveness of the Republicans’ use of the abortion debate as a strategy for winning.

The polarizing abortion debate was once the most heated issue in US politics.  As recently as the 2000 and 2004 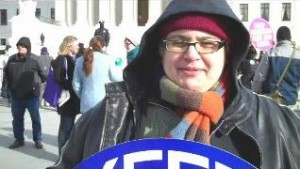 elections, George W. Bush used the abortion issue effectively in garnering votes in two close votes.  In a debate one month prior to his re-election, Bush referred to late-term abortion as “a brutal practice,” insisted on parental notification for teens seeking abortions and referenced the “Unborn Victims of Violence Act,” which demands separate penalties for killers of pregnant women.  By painting his opponent, Senator John Kerry, as liberal with ultra-liberal stances on these controversial issues, President Bush solidified the pro-life Republican base.

By 2008, the economic crisis had shoved other issues into the background.  Though the volume of the abortion debate has lowered, the intensity continues to persist for many – especially those who foresee the 2010 elections as the beginning of a potential win for Republicans.  Pro-life advocates are convinced that the Affordable Health Care for America Act will allow federal money to fund abortions, and this has re-energized their movement.

January marked the 38th anniversary of the Roe vs. Wade Supreme Court decision, which legalized abortion in the United States.    Pro-life activists from around the country chose this anniversary to stage their March for Life in the nation’s capital – as they have every year since 1974.  Despite temperatures below freezing, the boisterous crowds of marchers carried signs demanding that the Planned Parenthood Federation of America should lose all federal funding. 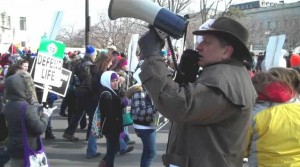 “Clearly the ‘anti-choice’ movement is energized,” says Tim Wahlers, Vice President of Development for Planned Parenthood in the DC area.  “You can see that from the energy [of the March for Life].”  Nonetheless, support within the pro-choice community — if less vocal — is no less steadfast.  Each year, pro-choice advocates hold a vigil in the wake of the March for Life.

“We’re still active,” says Polly Stamatopoulos, one of the small number of pro-choice advocates stationed outside the Supreme Court building during the March.  “We clearly don’t have as much desire to come out and rally,” she says, “…but this is their demonstration; we’re just counter-demonstrating.  But I know that many of the pro-choice organizations are actively trying to ensure there isn’t a continued chipping away of abortion rights, and certainly trying to protect providers of abortion services.”

Of those pro-life proponents attempting to ‘chip away’ against Roe vs. Wade, many are working to broaden the pro-life movement by stepping away from its traditional base and strategies of the past.  The Constitution Party is a third party hoping to gain ground in the current political climate.  Mell Davis, an activist for the party, attended the March for Life to try to garner signatures for the Constitution Party to achieve ballot status in Maryland.  She states her party’s stance on abortion succinctly.  “The Constitution Party takes the position that abortion is not allowable for any reason whatsoever, including rape or incest or the health of the mother. And we don’t allow any candidates under our name on the ballot in Maryland who don’t take that position.”

Operation Rescue founder Randall Terry has recently joined the Democratic Party, after years as a Republican. “I’m running for President of the United States of America against Obama in a Democrat primary,” he declared through a megaphone during the March.  His intention is to get his campaign ads – which feature images of aborted fetuses – shown during the 2012 Super Bowl.  “Federal candidates are allowed by law to show their ads, unedited, uncensored.  The networks can’t say no,” he explains.

His goal, he admits, is more symbolic than practical.  “I’m not delusional; I don’t think I can beat President Obama, but I can wound him politically.”

While Terry’s views, like those of the majority of pro-life advocates, stem from his religious beliefs, another group is attempting to expand the pro-life base through a different strategy. “We are a pro-life organization, first and foremost,” says Phil, a board member of SecularProLife.org.  “But our big thing is trying to get other people, other pro-life groups, to acknowledge the fact that our movement is very broad, and that not everybody is a religious person.  And so we want pro-life organizations to be more accommodating to people of divergent faiths and people of no faith.”

“We are people from across the spectrum – conservative, liberal, anti-government – not ‘tea-party,’ but libertarian – socialist.  Our big unifying point is that you don’t have to be a religious person to be pro-life, and we want the pro-life community to acknowledge that.”

He argues that justification for protecting the unborn has grounds beyond religious faith.  “The general consensus on the science is that life does begin at the period of fertilization – that’s when a unique individual begins,” he says.  “Our argument is that humans should be protected through all nine months of pregnancy and throughout the rest of their lives.”

He explains that his organization does not have an official position on President Obama’s Affordable Health Care for America Act.  “Personally, I don’t have a problem with a national health care system,” he says, but adds that his organization would only support such a law if it protects individuals at any stage of their development.

“This is the second year we have had a group marching at the March for Life,” he says.  “We have received nothing but compliments; we have not gotten a single negative comment.”

But Randall Terry, the Constitution Party, and others in the pro-life movement hold a very different stance when it comes to health care reform.  “I am against socialized medicine,” says Terry.  “I am opposed to all redistribution of wealth.”

Mell Davis says “I can tell you that the words ‘health care’ don’t appear anywhere in [the US Constitution], which is why our Congress had no business passing any kind of health care reform.”

And it is the health care issue that has thus far coalesced the conservative factions in Congress.  The Republican-led House of Representatives has seized upon perceived public funding of abortion as a hole in the Affordable Health Care for America Act which they can use to further excite their already bristling supporters.

But Planned Parenthood’s Tim Wahlers cites the Hyde Amendment as positions many (though not all) within the pro-life movement support.  This amendment has, since 1976, been attached to appropriations bills to prevent the use of federal funds for providing abortions, generally except in cases of rape, incest or in which the mother’s health is at risk.  President Obama signed the executive order in March, 2010, guaranteeing that Hyde Amendment provisions would extend to the Affordable Health Care for America Act.

Much larger proportions of the organization’s expenses provide contraception (36%), testing and treatment for sexually transmitted diseases (31%) and cancer screening and prevention (17%).  These things, says Wahlers, are generally supported by those who strongly oppose abortion as wells as proponents.  “They are trying to defund the things on which we have common ground,” says Wahlers.

The other accusation directed towards Planned Parenthood is that the organization actively positions its clinics in African-American communities.  Margaret Sanger, the woman regarded as Planned Parenthood’s founder, held controversial beliefs regarding eugenics – the selective breeding of humans based on ‘desirable traits.’  Yet she earned the praise of W.E.B. Du Bois and the Rev. Dr. Martin Luther King Jr. for her work in black communities.  The current heads of Planned Parenthood take a clear stance, refusing any funding from sources encouraging the targeting of particular groups for abortions.

When all the views around this issue are weighed, the same question always remains: what defines human life?  Current law defines life as beginning at around 20 to 24 weeks, when a fetus is considered viable.  “We use the language of the law, which the medical community has helped to establish,” says Wahlers.  “We make sure all of our policies and procedures follow those guidelines.”  Any significant change in abortion law will require reassessing that definition.

The appointments of two Supreme Court justices by President Obama may have left the pro-choice community complacent.  This, in turn, has led to the re-emergence of the abortion debate as a galvanizing force among pro-life advocates of all stripes.  If Roe vs. Wade seems secure for the time being, criticism at the federal, state and local levels, from individuals and from organizations – political, religious or secular – may lead to compromises which the pro-life community will cheer, and the pro-choice community will lament.  In either case, the abortion debate has the potential to be a winning strategy in 2012; however, it is yet to be seen whether the proponents or the opponents will use it more effectively and capture that coveted presidency.