You are at:Home»Features»Metro Link»Sweet Honey in the Rock celebrates 38 years of music and memories
Tweet 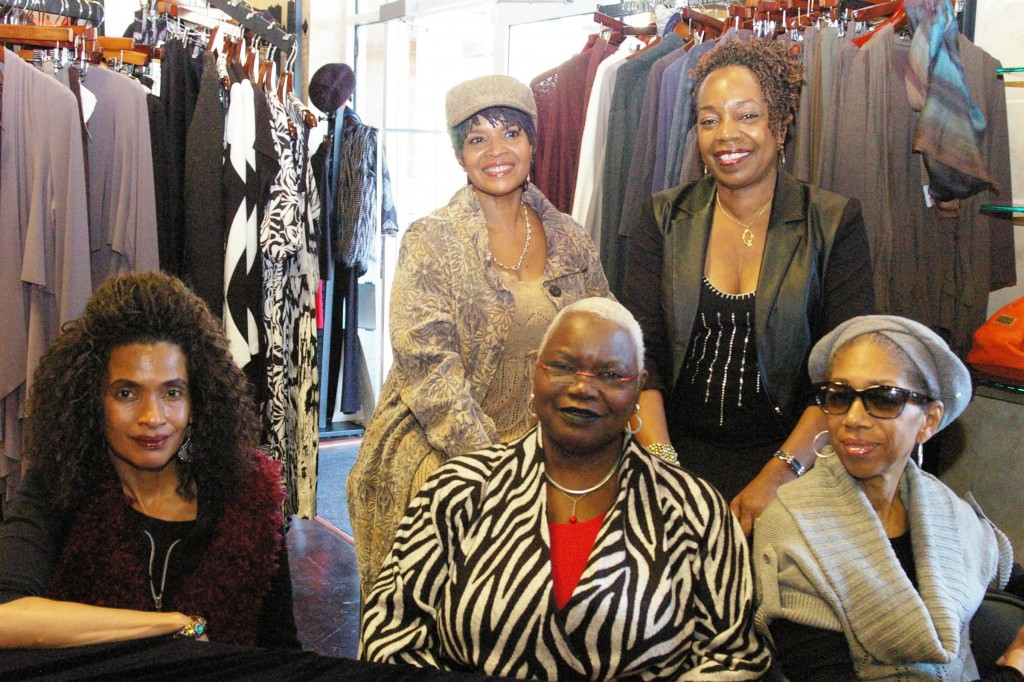 SILVER SPRING, MD – On location at Metamorphosis Boutique.  In April of 2012, Sweet Honey in the Rock, the internationally renowned a cappella ensemble featuring six African-American women from the D.C. metro area, will collaborate on and debut their new work “Affirmations for a New World” with the National Symphony Orchestra. It marks the latest accomplishment for the 38-year-old group that has released 20 albums, received Grammy Awards and even performed for the president.

“We have each written lyrics and handed those lyrics to this composer [William Banfield] who has set those lyrics to music,” said group member Ysaye Barnwell during their recent CD signing at Metamorphosis Boutique in Silver Spring, Maryland.

The concert, which premieres at the Kennedy Center in Washington, D.C., will feature what the group calls “modern new music, with the songs containing no choruses or repeats of lyrics.  It will simply contain the celebrated sound and passion that has made Sweet Honey an international sensation since 1973.”

“When we started [in 1973]there wasn’t like a plan,” said Carol Maillard, who, along with Louise Robinson, is one of two current members of the original four who founded Sweet Honey at the D.C. Black Repertory Theater Company. “We knew we wanted to sing, we wanted to gig, we wanted to keep putting this music forward.”

In the nearly four decades since, the band has featured 14 different singers. Currently, the group is composed of Maillard, Robinson, Barnwell, Nitanju Casel, her sister Aisha Kahlil and Shirley Saxton who is a sign language interpreter.

The group, named for the Bible passage from Psalms 81:16 that refers to God’s promise of honey from a rock to the hungry people of Israel, combines soulful vocals with inspirational lyrics and dance that have become rooted in communities all around the world.

Bernice Johnson Reagon, who co-founded Sweet Honey and retired from the group in 2004, was the vocal director of the D.C. Black Repertory Theater Company in 1973. She taught Maillard and Robinson music, dance and theater and instructed them to learn pieces without the aid of bands. From that grew Sweet Honey’s identity.

“It was our choice to be a cappella,” reflected Robinson. “The voice is the first instrument; the breath is the first sound.”

Two of their albums for children, “Experience…101” (2010) and “Still The Same Me” (2000) were nominated for Grammy’s. That hard work culminated in an invitation to the White House in February 2009, when Sweet Honey performed for President Barack Obama and First Lady Michele Obama in a concert.

“A thing that made that day really special was that we were [at the White House]with 200 children from Washington, D.C. public schools,” said Casel. “To be there with these young people and the Obamas’ children and their mother, it just really was a very special time and because it was also Black History Month, all those components together made it really special.”

For information about Metamorphosis Boutique, visit the online boutique at http://www.metamorphosisboutiques.com/or visit the store: