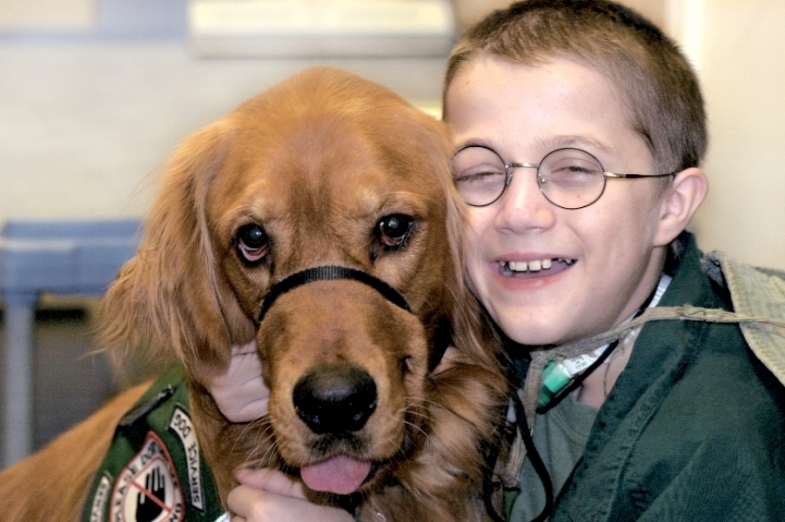 Micah, the beloved service dog shared by Jeni Stepanek and her son, the late teen poet and peace activist Mattie J.T. Stepanek, passed away suddenly on February 12, 2013. Micah was one month away from turning 11 years of age.

Mattie, the young peace poet, penned seven New York Times best-selling books of Heartsongs poetry and Just Peace essays. A regular guest on shows such as The Oprah Winfrey Show, Larry King Live, Good Morning America, and the MDA Labor Day Telethon, Mattie was an international source of inspiration. He died in 2004 at the age of 13 as a result of neuromuscular disease. 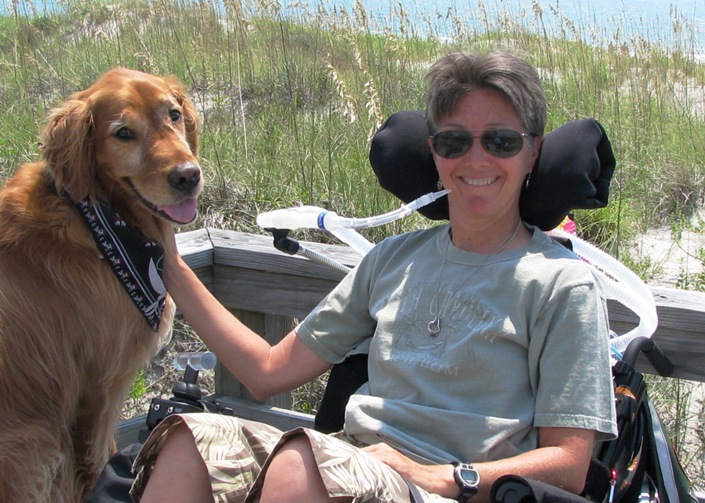 Jeni, Mattie’s mother, is the Executive Director of the Mattie J.T. Stepanek Foundationand a research associate at the University of Maryland. Mattie was the youngest of her four children, each born with Dysautonomic Mitochondrial Myopathy, a rare and progressive condition only diagnosed after all four children were born. All four children are now deceased, and Jeni is affected by the adult-onset form of the illness.

Born on March 12, 2002, Micah was the ninth in a litter of ten golden retrievers bred for Canine Companions for Independence by paleontologist Sue Hendrickson. Hendrickson, who discovered the dinosaur remains of “Sue” the Tyrannosaurus Rex (now permanently on display in the Chicago Field Museum) gave the puppy to Mattie and Jeni as a gift. Mattie chose the name Micah to honor the Old Testament prophet who wrote and spoke of a “just peace.”

Mattie and Jeni received Micah as a 10-week-old service puppy in training in June 2002. He was amazingly smart and passed 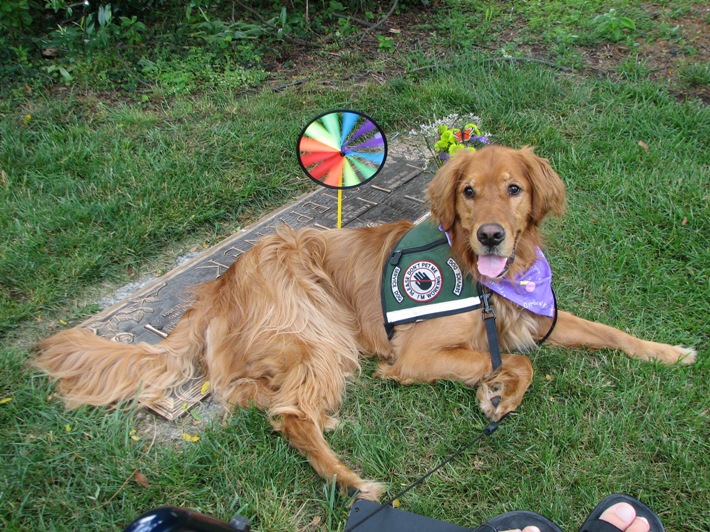 all of his service exams earlier than expected. Micah quickly became not only a great source of help for the Stepaneks, but also a faithful friend and companion.

Service dogs are trained to assist people who have disabilities with specific tasks. On duty, Micah’s services for the Stepaneks included responding to alarms that came from Mattie’s ventilator, opening doors, and retrieving items. Off duty, Micah enjoyed amusing Mattie by rolling over for liberal belly rubs, and by chasing “Harry,” the nickname Mattie gave for Micah’s tail.

At the young age of 3 months, Micah was comfortable resting on Larry King’s desk or on the set of Oprah Winfrey’s show during Mattie’s public appearances. He quickly became known as “Peace Puppy” by his many admirers.  Across the years, Micah accompanied Mattie and Jeni as they traveled the country for peace or disability related events. Micah was a popular attraction at Mattie’s and Jeni’s book signings, school visits, and speaking events. 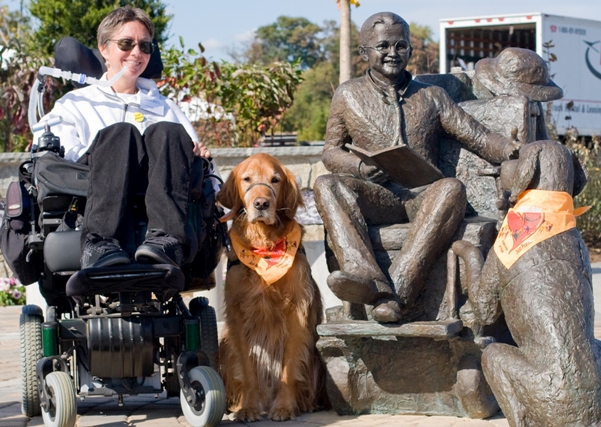 Micah was deeply saddened when Mattie died in June 2004. Micah continued to be of service and a loving and constant companion to Jeni, who relies on a wheelchair and ventilator. Most recently, Micah accompanied Jeni from her home in Maryland to New York City where she accepted a peacemaker award in late January.  In 2008, life-size bronze statues of both Mattie and Micah were dedicated in the Peace Gardenarea of the 26-acre Mattie J.T. Stepanek Park in Rockville, Maryland.

In 2009, Jeni penned Messenger: The Legacy of Mattie J.T. Stepanek & Heartsongs. The memoir details Mattie’s final years of life, and is filled with stories and photos of Mattie and Micah. Until his passing, Micah was a very healthy and happy dog. He died suddenly, but peacefully, when an undetected and rapid-growing malignant tumor burst and ruptured his spleen.

Micah is being remembered fondly by people all over the world. He was indeed well-loved, and will be missed by many, especially Jeni, for whom he was a constant companion.  A tribute page for Micah has been created on the www.MattieOnline.com — the website for Mattie’s foundation.

JOIN THE PEACE CLUB
Throughout his life, Mattie supported and promoted peace throughout the world.  To become a member of the Mattie’s Peace Club, visit the foundation’s website – The Mattie J.T. Stepanek Foundation – and join today.