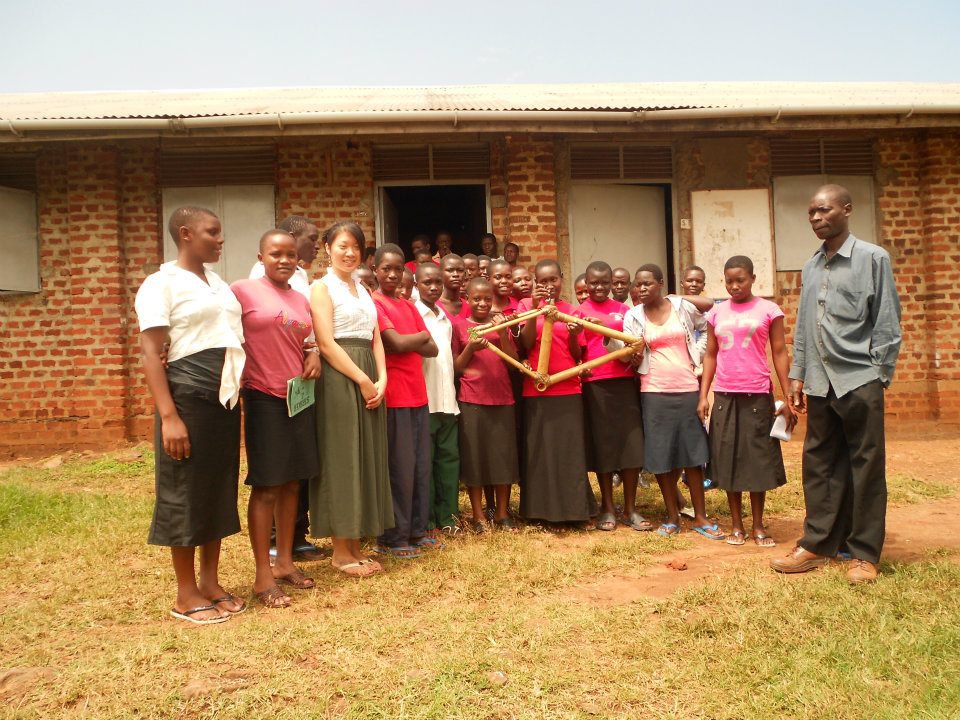 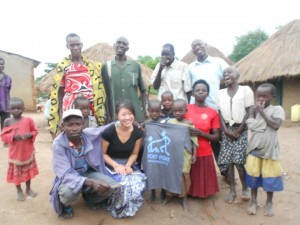 Song Nguyen was undertaking graduate-level public health research in Uganda focused on youth-friendly sexual health resources when she found the inspiration for the Bandha Bike project. Through her communication with the villagers, she learned that the most common obstacle that stands between the local people and access to sexual health services is transportation. In most of impoverished rural Uganda, travel is done on foot. Clinics exist and people know where to find them, but transportation is so significant a barrier that the most basic needs are not being met.

Ms. Nguyen resolved to do something about this. She contacted Merry Walker, the executive director of Vort Port International (VPI), a non-profit organization which “enables low-income communities globally to gain access to basic necessities through education, training, and innovation of sustainable technology-based solutions.” Shortly afterwards, the Bandha Bikes project was accepted as part of the portfolio of VPI projects because of its mission to empower communities through technology, education, and training.

The project went through several phases of design. Initially, Ms. Nguyen envisioned recycling metal bikes from other countries and refurbishing them for distribution throughout impoverished villages. However, she and the project’s associates concluded that this approach would not offer long-term sustainability. By surveying what worked in other areas of the world, the team learned that bicycles made of bamboo were quickly taking off and were more sustainable in the long-term. Bamboo is native to the Ugandan region and grows very fast, up to three feet in a single day (bandha means bamboo in one of Uganda’s local languages). It is extremely tough, with a tensile strength as strong as steel. Best of all, it is a renewable resource. The Ugandan people can access bamboo themselves with relative ease and, with proper training, build their own bikes. 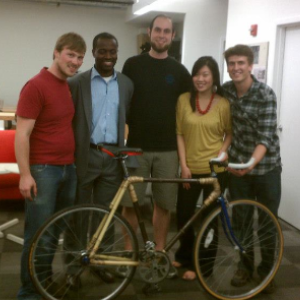 From there, Ms. Nguyen and the rest of the Bandha Bike team began collecting data and developing ongoing dialogues with local individuals and organizations to ensure the project would have the maximum impact once implemented. With the resources and support of VPI, the team grew to a host of volunteers with a wide range of skill sets and went to work. Business analysts developed models based on the unique nature of finance in Uganda. Researchers compiled data. A chapter of the project was established at the University of Michigan. With the help of the student chapter, Bandha Bikes was able to develop two prototype bamboo bike models and enhance the development of two additional prototypes in Washington, DC. The project, which Ms. Nguyen says is still in its planning stages, took a big step forward when she took the prototype to Uganda to gain feedback from the villagers.

To address the social and cultural complications, training and education are an integral part of the Bandha Bike project. This includes sharing ways the use of a bicycle can enhance everyday life in the villages, particularly among women in areas where strong gender norms exist. In some communities it is considered inappropriate for a woman to even ride a bike, let alone build one. Therefore, part of the educational program will involve introducing the concepts of gender equality in these communities and creating awareness of the benefits of involving women in the process. In rural Uganda, women typically perform the duty of collecting water, which can entail walking for miles to reach a clean water source and then carrying it all the way back. Using a bike not only allows them to complete this task more quickly, but it also makes them less vulnerable to the dangers of assault.

The project faces challenges as it moves toward the full implementation stage. All members of the Bandha Bike team, including Ms. Nguyen, are volunteers. This means they must balance full-time jobs with time spent developing the project. There is also an ongoing challenge regarding communication between different languages, cultures, and time zones. However, the passion is there: Ms Nguyen draws her motivation from the sight of the villagers’ faces and the tears of gratitude in their eyes when she visits them. She works to keep them actively involved in the dialogue regarding the ongoing construction and development of the project. These are the kinds of things that keep the Bandha Bikes team moving forward. If you are interested in learning more about Bandha Bikes or Vort Port International, you may contact the project director, Song Nguyen, at song@vortport.org, or the Vort Port executive director, Merry Walker, at merry@vortport.org, or visit www.vortport.org.