You are at:Home»Features»Limelight»“Women: Back to the Future”: Inspiring audiences of all ages
Tweet 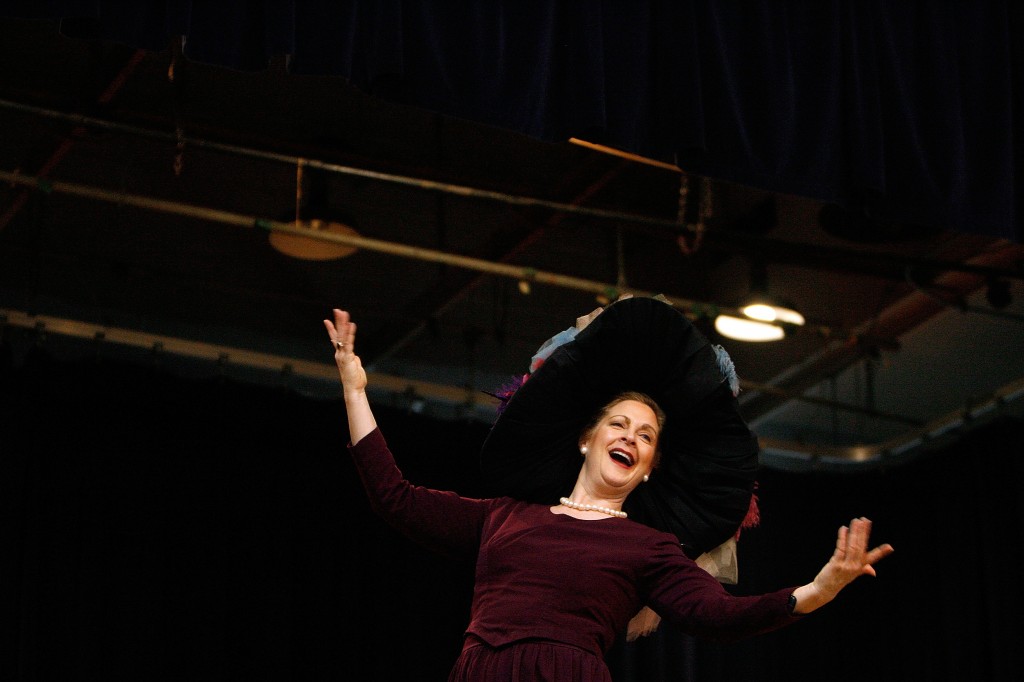 It began as a mission to inspire her children to dream big.  In the 15 years since, Kate Campbell Stevenson has been using her talent in theatre and song to captivate audiences across America with her historical performance titled “Women: Back to the Future.”

Stevenson brings to life a diverse array of women from American history that act as role models and provide encouragement through their actions.

“I originally started this show so that I could inspire students to go for their dreams,” Stevenson said. “Then I realized it’s for everyone. I use my show to encourage people to learn from the women to break through personal barriers and obstacles.” 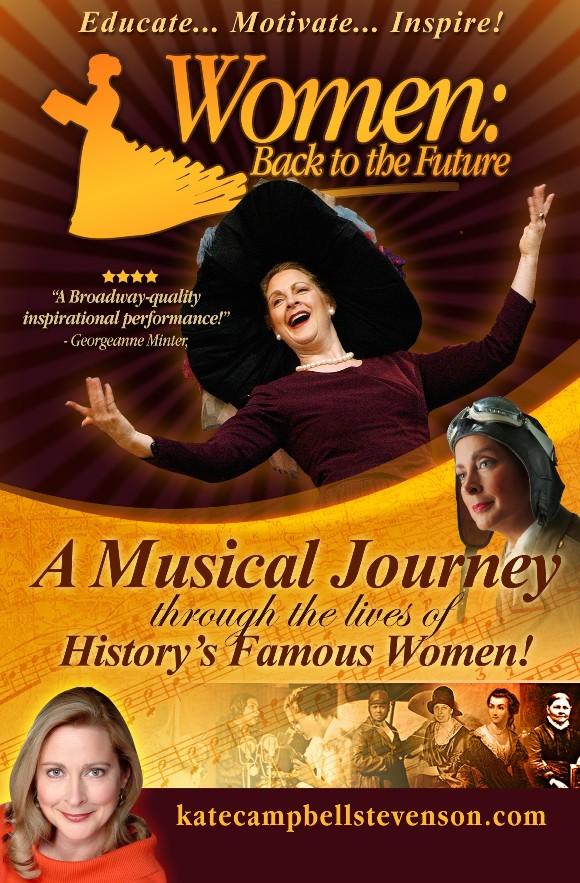 Some of the women Stevenson features include Abigail Adams, Sacagawea, Rachel Carson and Eleanor Roosevelt. Audiences are fascinated by the vibrant costumes and makeup that bring to life the songs and poetry of Stevenson.

According to Stevenson, she uses the transformation power of the arts to inspire people to reach for their goals.

Stevenson knew she wanted to be a singer and actor as a little girl growing up in Michigan. After attending Indiana University and Michigan State University, she began her career performing on Broadway, participating in musicals at the age of 20.

She performed leading roles in musicals such as “My Fair Lady”, “The King and I” and “Camelot”, developing the skills “to entertain, educate and motivate audiences.”

“I loved Broadway, but it felt empty,” Stevenson said. “I truly believe this is my calling [and]that this is what I’m supposed to be doing…I like to see people get inspired and for people to hopefully use my performance to remind them that they can do what ever they want to do.”

“Women: Back to the Future” is a show conceived, created and performed solely by Stevenson. She does all the research and writing herself and also creates the costumes and works tirelessly with the studio technicians to create the backgrounds needed to sing.

“I have 10 women in my repertoire,” she says, “and I’m adding more all the time, but I usually only have three in one performance.”

Her performance has been designed to be used by schools and colleges across the world. Stevenson also adapts her presentation to match her adult audiences.  Government agencies and adult conferences and conventions have had the privilege of experiencing “Women: Back to the Future.”

“I took my talent that I developed over the years and was able to focus them and use them to inspire others,” says Stevenson optimistically.