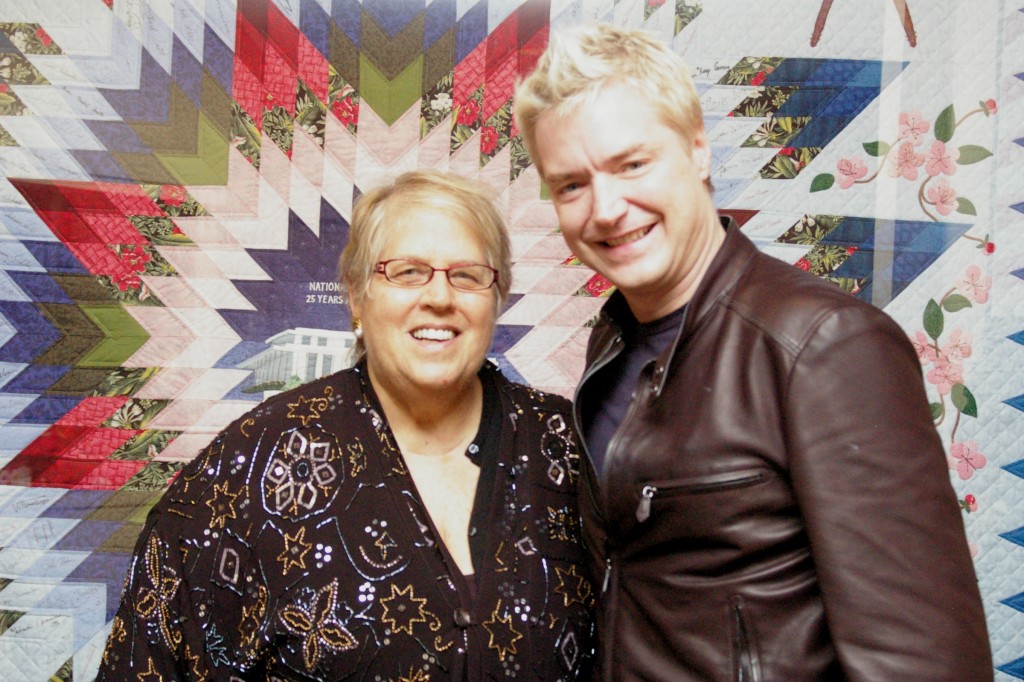 “One good thing about music, when it hits you, you feel no pain,” said the late musical icon Bob Marley.  Geri Mendelson, a native of Adelphi, Maryland, would agree with this statement.  Mendelson has suffered from thyroid cancer since 2007 and often finds herself irritable, down, and tired.  However, after her second time attending Chris Botti’s jazz concert, she said that the show had uplifted “[her]psyche and [her]spirit … the driver of the body, the brain.” 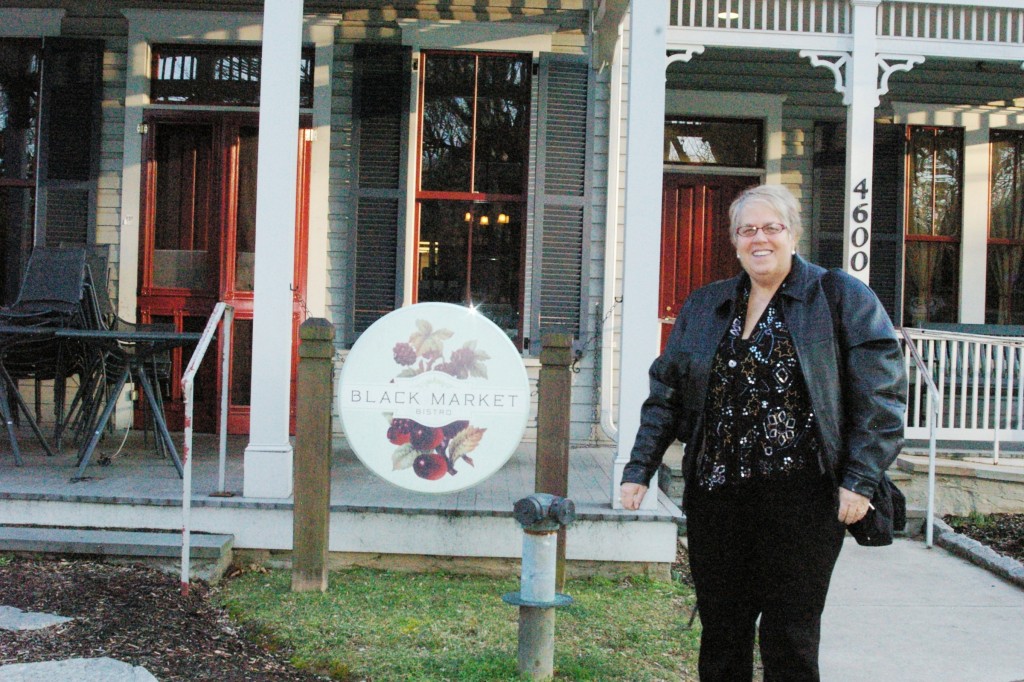 Mendelson, who will be 69 years old in December, was born and raised in Maryland and attended George Washington University in Washington, D.C.  A product of youth in the sixties, Mendelson traveled around the world and eventually landed a career in the health field, where she was dedicated to helping others.  However, her diligent and honorable service to the community was put on hold after she was diagnosed with thyroid cancer in 2007. 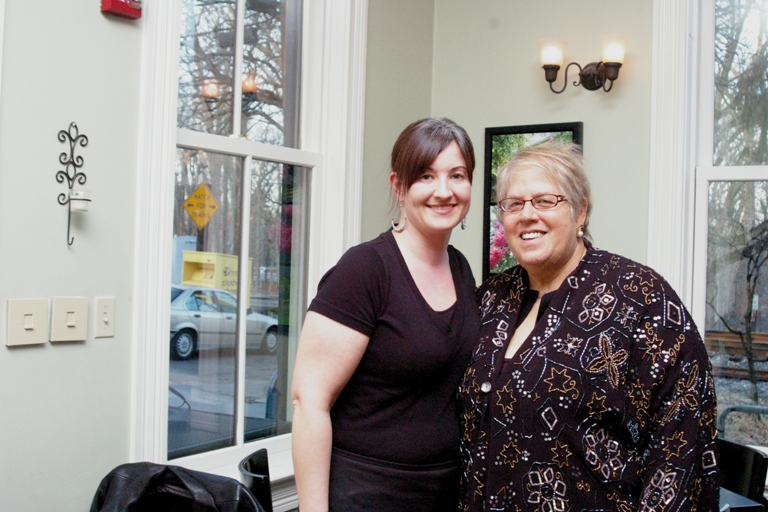 During a basic physical exam, Mendelson was told there was a lump in her the front of her neck.  Because she didn’t know how or where to find the right doctor, Mendelson began searching for support groups in the D.C. metro area.  She found a group called the Holy Cross, of the Holy Cross Hospital Cancer Institute, which consists of people who have or have had thyroid cancer.  They recommended a doctor from the MedStar Washington Hospital Center in D.C., where Mendelson went to receive diagnostic testing.  After the diagnosis, it was determined that she would need a total thyroidectomy, which is the complete removal of the thyroid and the most common type of thyroid surgery. 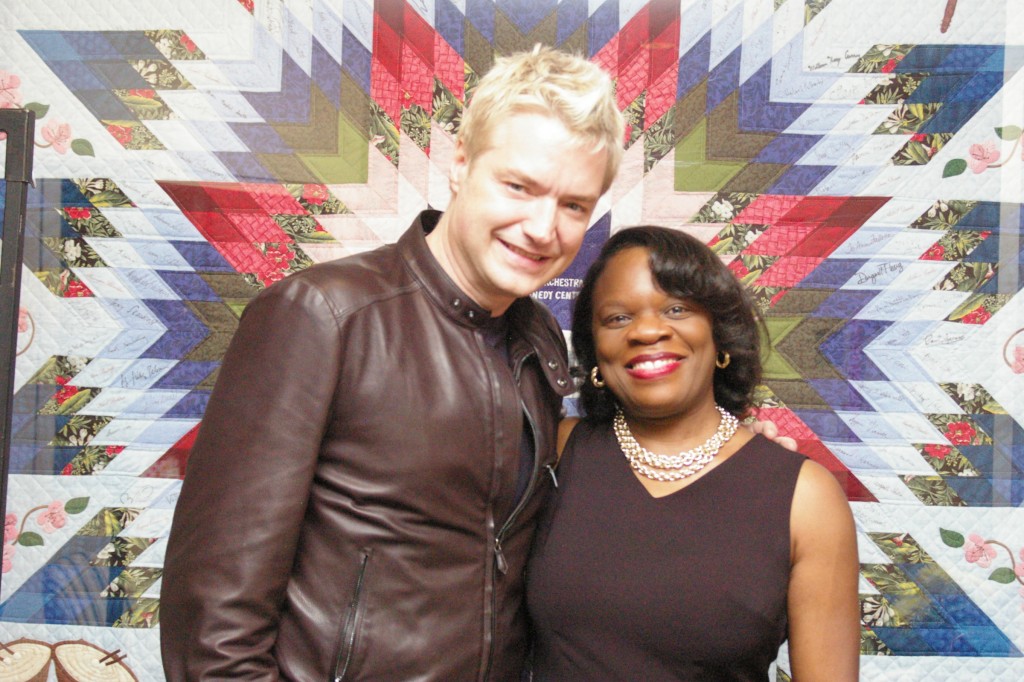 After Mendelson’s surgery, there were follow-up appointments, where she learned, along with a necessary second opinion, that she had to receive radioactive iodine.  The treatment left her isolated for 36 hours: alone with her thoughts, alone with her illness, and away from her loved ones.  After isolation, due to the radioactivity her body was emitting, she couldn’t be near children for three to five days and had to sleep in a separate bedroom.

To lift her spirits, a friend of Mendelson’s invited her to a concert by Grammy-winning jazz artist Chris Botti.  Mendelson and her friend attended Botti’s concert in Maryland in 2010.  The jazz musician is known to stay after each show to sign CDs and meet every fan who waits in line.  Mendelson and her friend waited for some time, only to be sent back to the end by a rude security guard.  Although she was eager to finally meet the dynamic jazz artist, who had just played a wonderful show, her illness caused her to grow tired, preventing her from remaining in line.  It was at that moment where she met The DC Spotlight’s Editor-in-Chief Wendy Thompson, who promised to send her photos of Chris Botti.  A year later, at the Kennedy Center in Washington, DC, Botti himself was embracing Mendelson in a hug.

“I don’t know how it happened,” Mendelson said about meeting Thompson and Botti.  “It was great to meet her (the editor-in-chief). I gave her my card.”  Mendelson was so happy and grateful to have come across Thompson that night, who kept her promise and sent the pictures.  “We didn’t know each other from beans,” Mendelson said, laughing.  She sent Thompson pictures of herself holding the images of Botti.  “One thing led to another,” she said of her and Thompson’s communication.  “Got tickets to [the]concert,” which was held at the Kennedy Center, and “got to see [Botti] backstage.”

Prior to the 2011 Valentine’s Day concert at the Kennedy Center, Mendelson and Thompson grabbed a bite to eat at her favorite restaurant, the Black Market Bistro.

The Black Market Bistro is situated in an historic Victorian home on Waverly Avenue in Garret Park, MD, a location described as “very small and intimate” by manager Rachel Moeller. The atmosphere is casual fine dining, with local and organic food “hand-delivered by farmers.”

“It’s like you’re eating at your grandmother’s home,” Moeller said. Moeller met Mendelson on a Friday night and learned that she is a “very established customer.” Shanna Dickerson, an employee who has worked at the Black Market Bistro since its opening in 2007, always serves Mendelson when she’s at the restaurant. “Geri loves her presence,” Moeller said of Dickerson. “Shanna does her best to take care of her.” After learning about Mendelson’s illness and the night she was preparing to have, Moeller offered her and Thompson free dinners. “For me to take care of her and Wendy’s dinners that evening wasn’t even a question in my mind. I wanted to make sure that night was special for her,” Moeller said. “It was meant to be a special day.”

Mendelson is known to try a different dish each time she visits the restaurant, but she and Moeller both recommend the Black Market Bistro’s New Orleans-style barbeque shrimp, accompanied by creamy sweet corn and scallion grits with wilted Swiss chard and toasted baguette—a must-have.  “I never had a bad meal there, never had bad service,” Mendelson said, praising the restaurant’s food and personable customer relations.  “I’ve eaten at a lot of different places in the world, and a lot of different restaurants. That place,” she said of the Black Market Bistro, “I’m telling you, it’s unbelievable.”

Despite the wonderful meal, Mendelson wasn’t feeling very well. All that changed, however, when she met Botti alongside Thompson backstage before his performance.  When asked what she thought of Botti, Mendelson said, “He is such a wonderful person. Very giving person.”

“He and his manager came out to greet us, hug us,” she said happily, remembering how she was embraced. They “talked about his show, his schedule. The manager was very nice and got us second-row seats.”

Mendelson and Thompson “went to the show and had a lovely time … She knows how to have a good time,” she said gleefully of the DC Spotlight’s founder.  Mendelson highly recommends attending a Chris Botti show.  “The show at the Kennedy Center was unbelievable, unbelievable.  I thought his energy, not only when we were up close and personal with him, but during the whole show—it all made up for the police treatment at the previous concert,” she said vehemently.

After the concert, Mendelson was inspired and her spirits were high.  She refuses to let her illness control the better part of her life.  “You only get one life,” she said. “I’m grateful for every day.  I try to look on the bright side. Even if you don’t have cancer, you can’t tell the future, see what’s coming.”  She also praised President Barack Obama for the implementation of the Affordable Care Act.  “I was able to cover everything I needed.  I found the right people to do the right thing, with health insurance coverage.”  Mendelson said that she wants everyone to have the same opportunity she has had.  “The same kind of health care should be provided for everyone.”