You are at:Home»Features»Bon Appetit»701 Restaurant: A Serving of Class and Cuisine on the Naval Memorial Plaza
Tweet 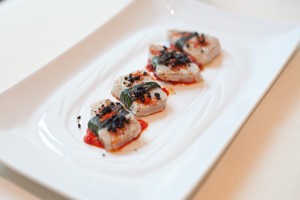 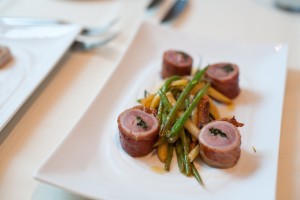 Ashok Bajaj opened 701, Penn Quarter’s modern American restaurant, in 1990. Almost immediately, it was a hit among the flocks of sightseers, theater-goers and Hill employees, thanks in large part to its central location. Occupying prime real estate on the NavalMemorial plaza next to the National Archives and just across Pennsylvania Avenue from the sculpture garden, 701 has become something of a landmark in its own right. Its classy atmosphere and trendy dishes marked an auspicious beginning for Bajaj.  Over twenty yearslater, he is considered by many — including GQ, who last year included him on its list of DC’s Top 50 Most Powerful People in Washington — to be the top restaurateur in the District. 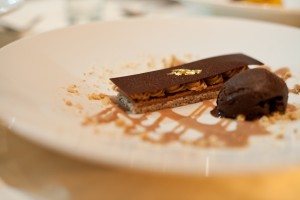 It’s hard to know which aspect of Bajaj’s story is most impressive. Most would point to his meteoric rise to prominence in Washington after his success with restaurants in New Delhi and London.  Others credit his numerous RAMMY’s (awards given by the Restaurant Association of Metropolitan Washington) and the fact that each one of his seven restaurants was spent time on the Washingtonian’s Top 100 Restaurants List. Diners at 701 may just come away with a first-hand reason to be impressed: on any given night, they are likely to see Bajaj in the flesh. In spite of the success of his seven restaurants, he makes a commitment to visit each one of his restaurants every evening. It is not uncommon to see him making the rounds in 701’s elegant dining room, a supper club from an earlier era, shaking hands and rubbing elbows with senators and tourists alike.

Bajaj’s collegiality has a trickle-down effect: service is professional, yet conversational. Head chef Ed Witt, who arrived less than a year ago from New York, also helps to keep things from getting stuffy. The heavily tattooed Witt, a veteran of such acclaimed Manhattan restaurants as Daniel and Jardiniere, keeps things fresh by constantly changing up the menu and bringing creativity and street smarts to complement the Old DC vibe. 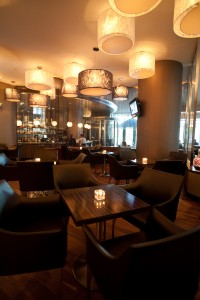 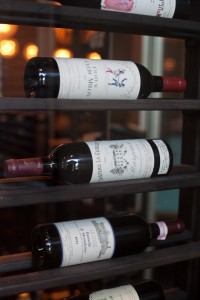 Seafood is consistently strong at 701. Medallions of Flash Seared Blue Marlin ($12) are served on a bright bed of piquillo pepper and come wrapped in carefully fastened belts made from ramps (wild leeks). Prosciutto Wrapped Quail ($14) is shaped in cylinders that resemble rolls of sushi and the quail meat is tender enough to be potentially confused for spicy tuna. Peppered spring beans at the center of the plate provide a zesty kick.

In the salad section, Witt presents a summery Escarole and Beet Salad ($10), in which a mountain of greens is drizzled with a moody blue cheese dressing sitting atop a base of sweet yellow beets. The pasta section can be a bit unpredictable — Witt tinkers with this section of his starting line-up the most — but a bowl of fluffy Gnocchi pillows, covered in a creamy asparagus sauce ($10) is among the crowd pleasers. (Pasta at 701, as in Italy, comes in smaller portions and is really meant to be more of an appetizer than a main course; diners should order accordingly.)

The meaty Sea Scallops ($25), dotted with pickled rhubarb and dusted with brown butter, are among the more generously portioned entrees on the menu. Witt again shows off his seafood prowess with the Yellowtail ($27), which lies atop a bed of pea shoots and other Asian greens, lying in a mild green coconut curry sauce. Among the strongest non-fish options is the Shennandoah Lamb ($34), seasoned with orange cardamom and accompanied by Israeli couscous.

The theme in the Dessert section of the menu is creatively deconstructed versions of traditional favorites. Take the Key Lime “Pie”($9) with the “pie” notably in quotes.  A piece of graham cracker “crust” leans on a dollop of tangy orange compote “filling,” which is covered with actual orange segments. A wafer of thin chocolate that sits atop the Milk Chocolate Hazelnut Bar ($9) is embedded with an edible gold leaf. 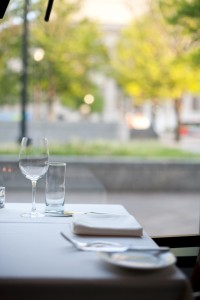 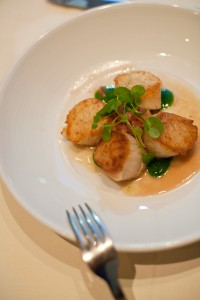 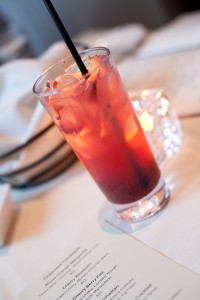 Mixed drinks are similarly new takes on the classics; the Manhattan, for example, appears here as the Fig Manhattan ($12), a sharp version of the old drink covered with fig foam.

A great reason for Bajaj’s success is his ability to anticipate patrons’ desires, sometimes before patrons even know what those desires are. Seeing a need for an upscale neighborhood restaurant in Cleveland Park, he recently reinvented what were formerly his two adjacent Cleveland Park establishments Ardeo and Bardeo, as one unified bistro.  He transformed it from formal to business casual to great acclaim. Similarly, he continues to update the identity of 701. A restaurant, which was once in danger of growing as archaic and staid as some of the surrounding monuments, currently functions as one of the hipper spots on the DC restaurant scene: a place to listen to jazz, watch the crowds in the plaza next door and sample some inspired cooking.