You are at:Home»Featured»Top 10 List of the Most Interesting People – Heather Mizeur: The woman who would be governor
Tweet 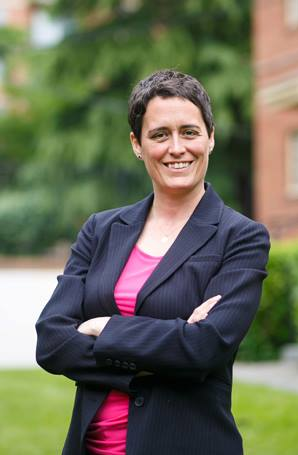 Maryland state delegate and candidate for governor, Heather Mizeur, is passionate about taking progressive action, and moving the state in a positive direction. She has 15 years of experience in politics — healthcare policy specifically – in an arena where she saw a dire need to expand family and child healthcare. She was instrumental in securing better healthcare for children and better family planning services for low income families, but she has also played a role in creating environmental protection laws and repealing the death penalty, among many other state actions. Her achievements in healthcare and other areas are only a tip of the iceberg in terms of the goals Mizeur has as the candidate for governor. She is leading a rigorous campaign based on her promise to enact important change for Maryland’s residents.

“I believe that Marylanders are ready for someone who is running for governor, not because you just want the title, but because you want to do the job,” Mizeur said. “From the moment I launched my campaign and started to do a number of community service projects all over the state, reminding people that we’re at our best when we work together to get things done. The way you run your campaign is the way you’re going to govern. You need to be engaged and involved in the community and making a difference now, not just in election season.”

Mizeur is largely focused on improving the conditions and operations of Maryland’s schools, and she sees the importance of investing in the futures of children. “We have the second worst minority achievement gap in the country, and yet we know that when we invest in early childhood education opportunities for our kids, that we’re able to help eliminate that,” Mizeur said. “I’ve got a three-part plan on early childhood education that The Washington Post has called the most ambitious plan to eliminate the achievement gap.”

In addition to expanding the Pre-K system and educational opportunities for children too young to enroll in school, Mizeur sees a major problem with the quality of school buildings. “Our kids deserve to be in twenty-first century learning centers,” Mizeur said. “Three years ago, I walked through a bunch of the schools in Baltimore, and was just devastated by what I saw…I’d seen prison conditions that were better than what we were asking these kids to learn in. I started to work at the grassroots level to come up with a range of ideas on how we can leverage additional money for some pretty big investments in school construction. That generated about $1 billion in new investment in Baltimore City schools in the last legislative session, but as part of my jobs and economic development plan in the gubernatorial race, I have a proposal outlined on how we can generate similar revenue for the rest of the schools across our state.”

Healthcare is something Mizeur would continue to address as governor, and while her background in healthcare policy gives her the legislative knowledge she needs, her own personal experiences fuel her desire for change. “I grew up in a labor family, my dad was a welder at a factory, and he was a United Auto worker for 32 years,” Mizeur said. “When I was 9-years-old, we were on strike for 6 months and had to struggle to live on $45 a week strike pay. One of the issues that was on the bargaining table was a cutback in healthcare for families, and I always grew up with a strong impression about the need to fight for social justice causes that include feeding the hungry, housing the homeless, healing the sick, making sure everyone has access to quality affordable healthcare.”

As possibly Maryland’s first female governor and the nation’s first openly lesbian governor, Mizeur is certainly making progress in every aspect of her campaign. “I often say that I’m running not to make history, but to make a difference,” Mizeur said. “As a barrier-breaking opportunity, it would be wonderful for us to win and for my wife to become first lady, for an LGBT relationship to be elevated to that place. Anything we can continue to do to break down barriers and to help advance a conversation about how we all should be treated equally and loved the same, is an awesome opportunity.”

Part of Mizeur’s progressive vision for Maryland includes her running mate for lieutenant governor, Delman Coates, who is “a statewide civil rights activist” and close friend of Mizeur. “One of the first things that we worked on together was marriage equality,” Mizeur said. “His support came at a very pivotal moment. He is the head pastor of an 8,000 member Baptist church, and [it was]his voice along with some of his colleagues in the faith community that stepped forward during our marriage debate… [and]really helped shift the dialogue and our opportunity to win.” The partnership between Coates and Mizeur reinforces her progressive platform and her push for change across the board. “For a lesbian and a black minister to be on the same ticket together is really about how shifting political dynamics are happening across the country,” Mizeur said.

Despite Mizeur’s ability to make history as Maryland’s next governor, her goals and aspirations are what truly set her apart in this race. “I find most of the excitement is about me being a bold, progressive candidate that stands up and fights for what I believe in,” Mizeur said “and is very specific about what I want to do when I win, and is willing to take risks and create a grassroots army of people that are excited about the future of Maryland as well.” Maryland could make history if Mizeur’s opponent and fellow candidate for governor, Anthony Brown, wins the race. Brown will become the first African American governor in the state’s history. However, if Mizeur defeats her opponents, she will be the first openly lesbian governor of the state, a feat historians would clamor to write about and Mizeur, undoubtedly, would love to experience.