You are at:Home»Featured»Top 10 List of the Most Interesting People – Bulsby “Buzz” Duncan: Teaching fitness to kids through books and fun characters
Tweet 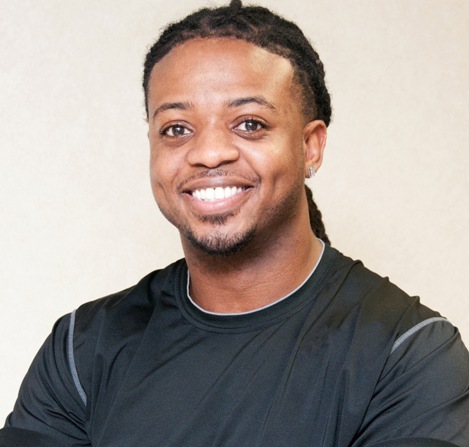 I saw nothing before in book stores that promoted exercise at a young age.  I felt that it was important to keep the book simple, fun and interesting…the activities can be done at home, a park, a daycare or a classroom, and you don’t need any special type of equipment.

Bulsby “Buzz” Duncan would one day like to be a part of First Lady Michelle Obama’s “Let’s Move” campaign, but he will have to find the time in a schedule that includes:  writing books, creating music, teaching kids about fitness, and working with patients who need physical therapy.  Needless to say, the personal trainer turned author, is an advocate for healthy living.

A Hyattsville, Maryland resident, Duncan became a certified personal trainer about 10 years ago.  With a degree in health science from Lincoln University in Pennsylvania, Duncan works with a variety of patients.  His clinical background includes working with patients right out of rehab centers who have been discharged from physical therapy, as well as patients recovering from gastric bypass surgery.

In an attempt to tackle the issue of obesity head on, he became the head of a new brand of fitness called Alpha Fit, which he uses 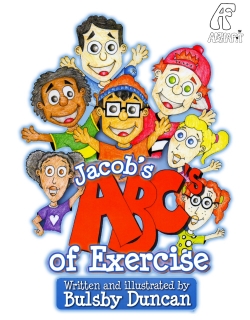 as a platform to promote healthy lifestyles and stresses the fundamentals of physical fitness at a young age.  In addition to Alpha Fit, he also wrote the children’s book Jacob’s ABCs of Exercise, which combines letters of the alphabet with different health and fitness components.

“I saw nothing before in book stores that promoted exercise at a young age,” Duncan said.  “I felt that it was important to keep the book simple, fun and interesting…the activities can be done at home, a park, a daycare or a classroom, and you don’t need any special type of equipment.”

A key factor in Duncan’s pursuit involves contacting schools and other organizations where he does book signings and speaks to youth and adults about the importance of teaching exercise and health tips at a young age.  “Jacob’s ABCs is the book we need,” he said.

He shares similar goals with First Lady Michelle Obama’s “Let’s Move” campaign, also geared toward helping youth to stay active.  “The First Lady’s “Let’s Move” campaign is great, because it promotes exercise in a fun way.  Alpha Fit sort of piggy-backs off of that,” he said.  “While the book is also for daycare providers and parents, I want children to learn to take charge.  Because children tend to have a shorter attention span, with parents support, kids are more likely to stick to it.”

Duncan compares awareness about fitness to the change in policies about wearing seat belts years ago when deaths from accidents had peaked.  “It’s a lot like when you see things about how seat belts save lives.  You have to make people aware, and then they do realize a seat belt can save your life,” he said.  “It is the same when promoting exercise; you have to be able to prove that it can work…I’ve had people tell me that if they’d had a fundamental book on exercise growing up, that obesity might not be such a big issue,” he said. 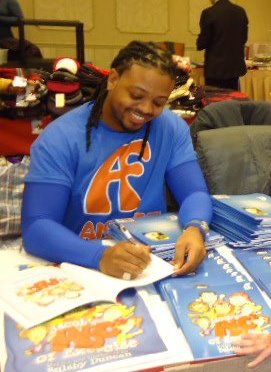 Duncan has a second book in the works, as well as a DVD series featuring the main character from his first exercise book, Jacob.  “I’m working on something to bring Jacob to life with a face to represent fitness,” he said.  “Much like other iconic children’s characters [such as]Charlie Brown, I want him to be recognized as ‘the fitness kid.’ The next book will be called Eggshells, and it deals with low self-esteem.” Duncan said, “The term “eggshells” refers to being emotionally cooped up and not confident in yourself.  Jacob will come along and help another kid with his self-esteem.”

Along with his book, Duncan has a fitness instruction manual that he said is “more structured and geared towards classroom settings…Just like a guy or a girl who is pushing their music career by selling CDs on the street, I want to get my message out there anyway that I can,” he said.

In addition to being a trainer and an author, Duncan is also an artist.  “Art is my passion: drawing and painting.  I have always been able to draw, from elementary school…I did all of the illustrations in my book” he said.  “It was always really important to have support from family and friends, who told me that my art can be a form of expression…and art in the book holds longevity.”

Duncan’s artwork can be viewed and purchased online at http://www.buzz-arts.com.