You are at:Home»Opinions»Sign the Petition: First Lady’s Day to Honor All First Ladies Present and Past
Tweet 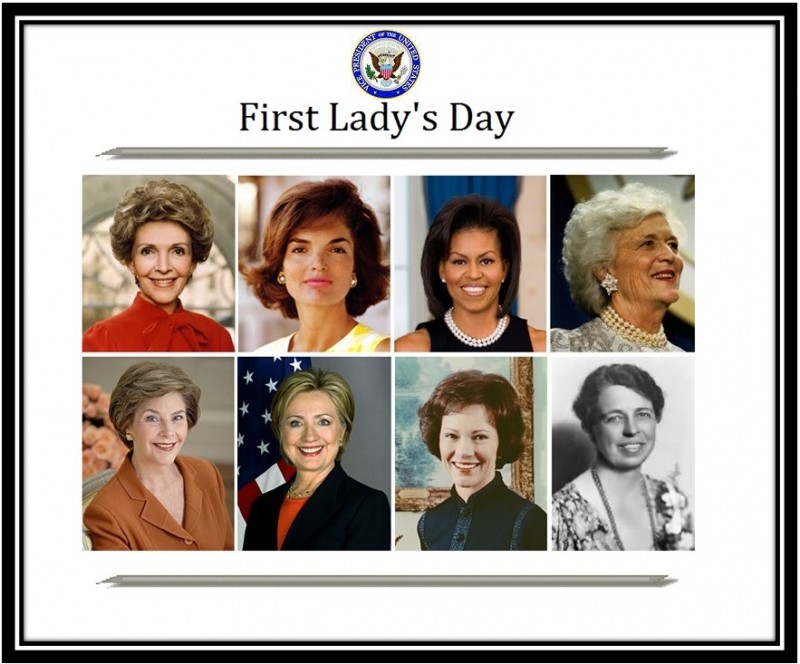 It is my belief that First Lady’s Day should be a national holiday to honor and celebrate the service of present, past and future First Ladies.  Passing this bill would be historic and a testament to the importance Americans place on women and their roles in the success of this country.  In most American households, women carry half of the responsibility of aiding in their families’ success and likely more than half in households led by single mothers.  These private &First Ladies& often silently carry huge burdens in order to have successful families.  The First Ladies of the United States in the White House are quite the same with often more pressures and burdens to bear. Their tireless, selfless, and unpaid service is often overlooked and left in the shadows of the president’s achievements.  But in 2015, it is time to honor the women who have often been integral parts of the president’s success.

Award a Presidential Medal of Honor for Sacrifice and Service

First Ladies Give the Ultimate Sacrifice

Although, First Ladies have never asked for their positions, they selflessly open their lives and families to potential verbal and physical attacks, and in the case of Presidents John Kennedy, Abraham Lincoln, James Garfield and William McKinley, deadly attacks on their husbands.  Who could forget the horror First Lady Jackie Kennedy and her children endured as her husband, President Kennedy was gunned down, or the anguish First Lady Nancy Reagan and her family endured during President Reagan’s assassination attempt?  These honored and admirable women have given the ultimate sacrifice for our country and our people, and now it’s time for the American people and Congress to recognize their great service.

Yes, this is a working women’s issue, but it is also an issue of forgotten service, as though Americans have forgotten the spirit on which this country was built:  the spirit of service.

I am requesting your personal support of this bill to honor all of the First Ladies with your signature.  This is your act of service to support them.  Please follow this link and sign the Change.org petition for a national First Lady’s Day.  Also, please contact one or more of the members of Congress listed in the Change.org petition and your own member of Congress to ask for their support of this bill and this day.  Currently, Nancy Reagan is age 93 and 5 other First Ladies are living:  Michelle Obama, Laura Bush, Hillary Clinton, Barbara Bush, and Rosalynn Carter.  We would like to honor them all while they are still alive, so we should act with immediacy in mind.

Feel free to contact me and start your own campaign in your own state to get this bill passed.  You can change history as we know it for women in 2015.  Let’s begin at the White House with the First Lady.