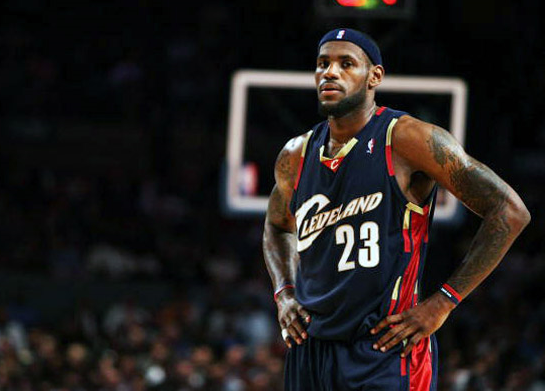 The Cleveland Cavaliers are heading home hopeful.After a devastating Game 1 loss to Golden State on Friday, many felt that the Cavs’ chances in the series were shattered. In one night they lost not only the game–despite LeBron James posting 44-points–but one of their best players in point-guard Kyrie Irving. Irving left the game with a season-ending kneecap fracture.

With the odds stacked against them, James and his teammates took the court at ORACLE Arena on Sunday night with everything to prove. And after 50 minutes, they walked off it victorious.&I tried to give it all to my teammates,& said an emotional James afterward. &And they do a great job of giving it back to me. Total team effort.& James, who at times looked weary as he played nearly the entire 50 minutes, finished with 39 points, 16 rebounds and 11 assists. His performance, though not his best, included a triple-double to remember and ended with a ball spike to celebrate the victory.

Those who thought that the loss of Irving would be too much for Cleveland to overcome must have forgotten that the Cavs had faced the situation before. When an injured Irving sat out two games against the Hawks in the conference finals, Matthew Dellevadova stepped in for him and put up a combined 28 points. On Sunday the young Australian player was once again a game-changer. After James Jones missed a 3-point shot with 11 seconds left, he grabbed the offensive rebound and was immediately fouled. This set him up for two free throws which gave the Cavs a one-point lead. &That’s the classic thing you practice as a kid growing up,& he said. &I felt like I’ve been in that situation a million times before.&

While the 95-93 OT victory was huge for Cleveland, it was a game they could have ended in regulation instead of letting the Warriors force a second straight overtime.But the Cavs collapsed in the final quarter of regulation, letting Golden State bounce back from a 10-point deficit with 5 1/2 minutes left to tie the game in the final seconds. Despite MVP Stephen Curry’s dreadful shooting performance–he went 7-of-38 for just 19 points–he was still able to drive down the court for the game-tying layup. James got one final chance at the basket before the final buzzer, but his shot was blocked. For the second straight game, James missed his chance to win the game for his team. But unlike Game 1, where he was held scoreless in OT, he was able to score the game’s final points to put his team ahead for good. With the series tied a game apiece, the teams head to Cleveland for the next two games.

These upcoming games are crucial for Cleveland, as they do not want to head back to Oakland with the Warriors ahead. Though both teams are good enough to win on each other’s turf, Golden State has been near perfect at home, going 47-3 at home during the regular season. &It’s the grit squad right now,& James said. &If you expect us to play sexy cute basketball, that’s not us right now. Everything is tough and it has to be that for the rest of the series.&For Golden State, the sentiment was similar. &This is the finals. It’s hard. It’s supposed to be hard,& Warriors head coach Steve Karr said. &We had a tough night. So you have to move on. You’ve got to learn from it and get better, and that’s what we’re going to do.&Game 3 is Tuesday night at Quicken Loans Arena.