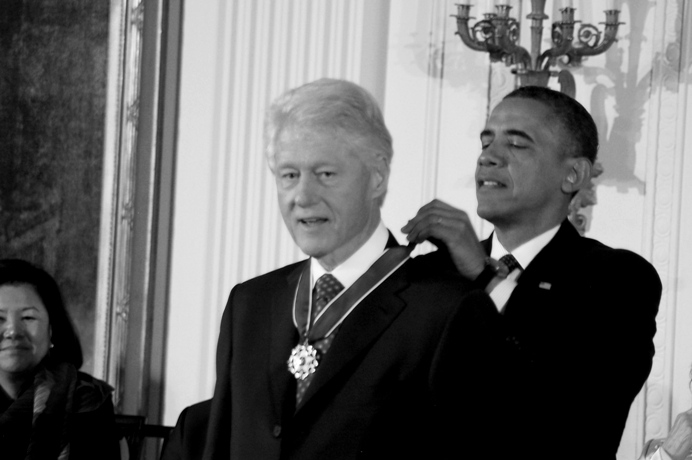 President Obama spent much of the week paying tribute to the memory of John F. Kennedy, and during his awarding of the Presidential Medal of Freedom, reminded us that it was Kennedy who “established a way to award extraordinary civilian virtue,” through the Medal of Freedom. On the 50th anniversary of his assassination, Kennedy’s values were remembered with reverence, and all were in agreement with his belief “that the power to make a great nation is found in its people and in their freedom,” said Obama.

First, it was golf on Sunday for the president, Marvin Nicholson, Walt Nicholson and Joe Paulsen; the golf buddies 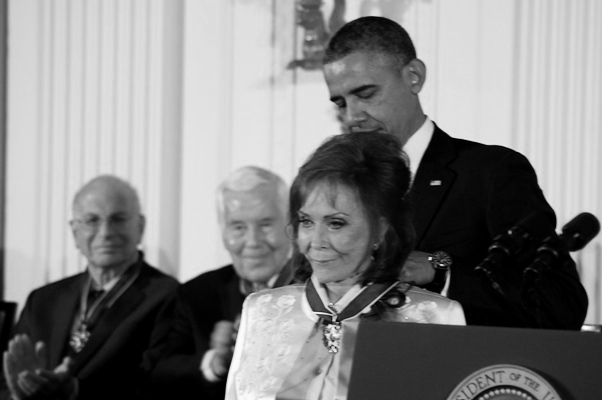 enjoyed a leisurely four-hour game. Then it was off to the Comcast Center for basketball, and the Maryland-Oregon State game. The entire First Family attended the game, and supported First Lady Michelle Obama’s brother, Craig Robinson, who is in his 6th year with Oregon State University.

Monday was quiet at the White House, but the First Lady was busy in New York with a Democratic Senatorial Campaign Committee fundraiser focused on women. At the Sheraton Hotel in Midtown Manhattan, the First Lady began the event stating: “It is a pleasure to be here today with so many fabulous women, and I see a few brave men in there.” She then spoke about the need for a supportive Congress that will work with President Obama. “What happened last month reminded us that the folks we send to Washington make some decisions about very important issues, issues that affect our lives every single day,” she said. 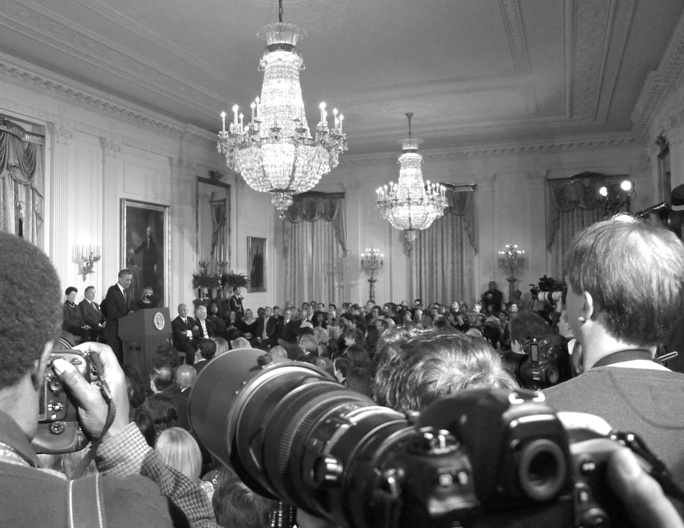 On Tuesday, President Obama met with a bipartisan group of senators to discuss Iran. He emphasized the need for a peaceful solution that would prevent Iran from acquiring a nuclear weapon, and discussed the P5+1 plan to stop the progression of the Iranian nuclear program. Then the president headed to the Four Seasons for a question and answer session at the Wall Street Journal CEO Council Annual Meeting. Among the topics of discussion were the Affordable Care Act and the “sense of dysfunction” and lack of trust in government.

Regarding Obamacare, the president mentioned that “many of the elements of the Affordable Care Act are already in place and are working exactly the way they’re supposed to,” such as “helping seniors to get better prescription drug prices,” and “making sure that young people under the age of 26 can stay on their parents’ plan.”

This week also involved many events to commemorate the assassination of John F. Kennedy 50 years ago. On Wednesday, the president, First Lady, and Bill Clinton traveled to Arlington to place a wreath at Kennedy’s grave site where a new eternal had been revamped and modernized for the anniversary. Various Kennedy relatives were also in attendance, including Kathleen Kennedy Townsend, Jack Schlossberg (John Kennedy’s grandson) and Ethel Kennedy.

Later in the evening, P 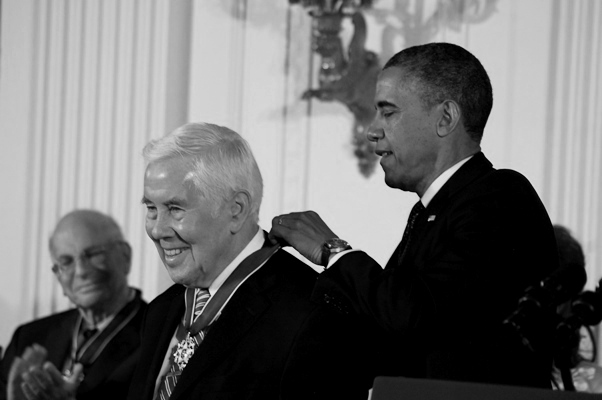 resident Obama went to the Museum of American History to honor the latest recipients of the Medal of Freedom. Obama mentioned Kennedy as one of the leaders we all rightfully admire. “He stays with us in our imagination, not because he left us too soon, but because he embodied the character of the people that he led – resilient, resolute, fearless, and fun loving, defiant in the face of impossible odds, and most of all, determined to make the world anew,” Obama said of Kennedy. The president awarded 16 people with the Medal of Freedom this year.

He commented that, “since its creation, the Presidential Medal of Freedom has paid tribute to the creativity of writers, and artists, and entertainers. We’ve recognized the leadership of elected officials and civil rights organizers; the imagination of scientists and business leaders; the grit and determination of our astronauts and our athletes, because there is no one way to contribute to the success of America.”

President Obama then began his day on Thursday by voicing his support for the change in filibuster rules in a statement from the briefing room. Following his duties at the White House, he moved to the Eisenhower Executive Office building, where he gave remarks on the digital education program, ConnectED. “In an age when the world’s information is just a click away, we’ve got to bring our schools and our libraries into the 21st century,” said the president. “That’s why five months ago I launched an initiative that we’re calling ConnectED to bring high-speed Internet to 99 percent of American students over the next five years. And this is going to be a top priority for me. It’s going to take some hard work across my administration, but I’m committed to getting it done.”

Friday marked the 50th anniversary of John F. Kennedy’s death, and Obama spent the day commemorating the late president in various ways. In the afternoon, Obama met with supporters of the Peace Corps and various other volunteers involved the program that Kennedy established in 1961 along with Sargent Shriver. A moment of silence was observed at 2:00 p.m. to honor Kennedy and all that he accomplished in and out of office. The week ended as solemn Americans remembered his life and legacy on November 22nd, the day he was assassinated 50 years ago in Dallas, Texas.