You are at:Home»Sports»Sports Leader Board»SPORTS LEADER BOARD: The rise and fall of Chad “Ochocinco” Johnson
Tweet 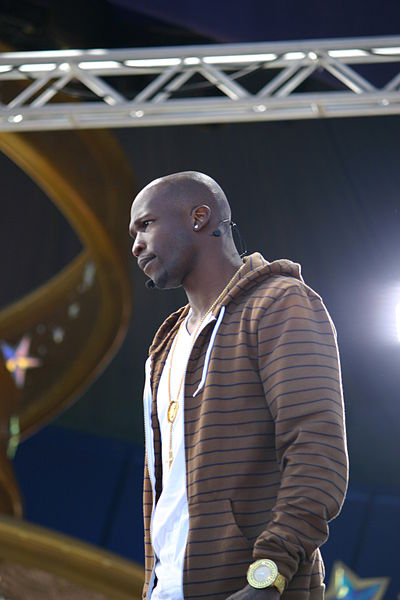 For better or worse, Chad Johnson has often been described as “explosive.”  In his early days as an NFL playmaker for the Cincinnati Bengals, the description was a compliment. But now, with Johnson making headlines only for his assault on now ex-wife Evelyn Lozada, the term has taken on a whole new meaning.

Although Johnson is only a year removed from his 11-year NFL career, he was recently arrested for violating the terms of his probation after head butting Lozada in an argument that took place a little over a month into their marriage.  However, Johnson is no stranger to controversy. For years, he was known as the NFL’s most eccentric player, earning the ire of teammates and the adoration of fans with his often bizarre and outlandish antics.

He entered the league in 2001 as second round draft pick with Cincinnati and made an impact almost immediately. He recorded his first 1,000-yard season in just his sophomore year in the league and then proceeded to break the Bengals’ franchise record for total yards in a season in 2003.  While his production was prolific, Johnson wouldn’t truly begin to catch the public’s eye until 2005. He not only completed his third straight Pro Bowl-worthy campaign, but he also began performing gaudy touchdown celebrations, such as his famous “Riverdance” routine in a win over the Bears.

“(Former commissioner Paul) Tagliabue and most of the suits in this league are all old school, and I really don’t think they’re for the end-zone celebrations,” Johnson said in October 2005. “But I know in the back of their minds, they are laughing. They can’t wait to 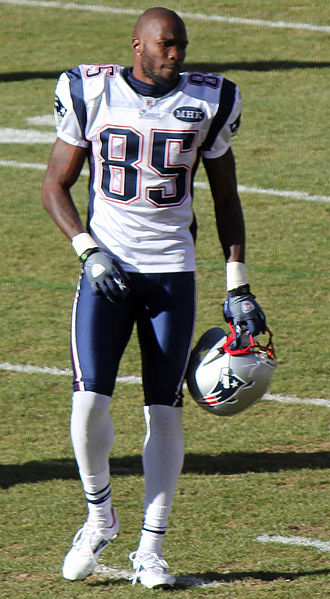 Johnson also started his infamous “Who Can Cover 85 in 2005?” list during the season as a way to poke fun at the defensive backs he faced every week.

“The guys I line up against every week understand,” Johnson said. “They know my personality. It’s ‘OK, let me step my game up. I’ve got to play 85.’”

These antics may have delighted the media, but they proved to be a constant source of tension between Johnson and his teammates and coaches, particularly quarterback Carson Palmer. Although Palmer often showed restraint in public, the two were frequently captured arguing on the sidelines during the season.

“Chad really is harmless,” Palmer said. “He’s a little kid at heart and does a lot of things that make you laugh. He just loosens the mood and makes you realize, we’re still playing a game.”

As Johnson’s fame grew over the next two years, he also began going by the nickname “Ocho Cinco,” the Spanish for “eight-five,” his jersey number. By 2008, he’d successfully had his last name changed to the moniker, but his personality was starting to cause real issues for the team.  In the preseason, Johnson made several statements that he was contemplating sitting out for the season unless he was traded, and even made public appeals to Redskins owner Dan Snyder to trade for him before the NFL draft. Washington ultimately did make the Bengals an offer for the receiver, yet Cincinnati declined, frustrating Johnson and the team.  Fellow receiver T.J. Houshmandzadeh went so far as to tell say that he thought Johnson needed to be traded after the off-season’s drama.

“I think eventually he’ll show up (to training camp), but then you have to worry about how much of a distraction he’ll be,” Houshmandzadeh said.

He ultimately returned to the Bengals, but suffered through his worst statistical season since his rookie year. He rebounded over the next two seasons, becoming the franchise’s leader in receiving yards and touchdown receptions, but the team traded him to New England in 2011.  Johnson didn’t last long with the Patriots, catching just 15 passes in his lone season with the team.  Although he still occasionally made the news for his VH1 reality show or his appearance on “Dancing with the Stars,” the receiver was no longer the star he was in his days in Cincinnati.

After New England released him in June 2012, he quickly caught on with the Miami Dolphins, but the incident with Lozada forced the team to release him before the season started.  In a strange twist of fate, his release was captured on HBO’s “Hard Knocks” TV show, closing Johnson’s career with the same flair the star had always embraced.

Despite these humbling incidents, Johnson’s brash personality is still getting him into trouble.  After pleading guilty to the assault on Lozada, Judge Kathleen McHugh sentenced him to probation, but quickly converted the decree into a 30-day prison sentence when Johnson overzealously slapped his attorney on the backside following the announcement of the verdict.  Although McHugh ultimately reduced the sentence to a week instead of a full month, the incident was just the latest in a series of embarrassing mishaps for Johnson.

By the end of his career, Johnson had abandoned his flashy persona, even ditching the name “Ochocinco” for his original surname, providing the world with a look at a man that’s truly experienced some fantastic highs and devastating lows.

“Chad has to work on Chad,” he said recently. “Chad has to go deep down inside and figure out where he went wrong. At what point did you lose focus on what’s most important?”