You are at:Home»Love and Romance»Why You Should Date Your Opposite: He’s water, you’re oil
Tweet 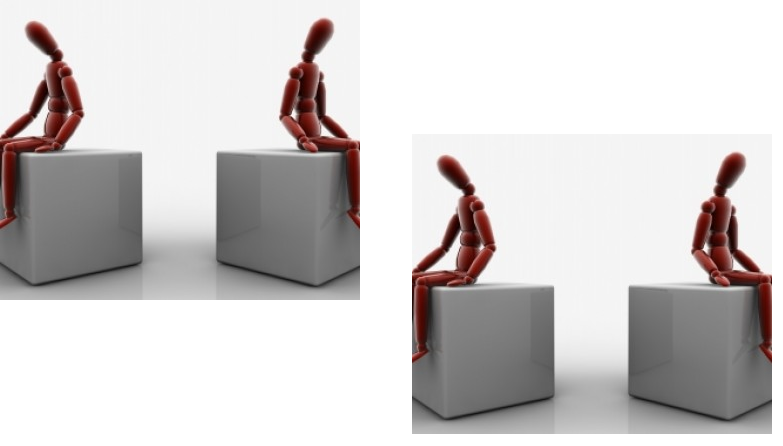 Republican or Democrat? Homebody or adventurer? Opera or pop music? The better question is whether these opposites can make a relationship work after that initial attraction?  Your “perfect-on-paper” mate may be someone who enjoys opera, loathes rugby, likes hiking or biking, but doesn’t like gourmet food – just like you. Perfect-on-paper, however, doesn’t always work in the real world. In the real world, we all need challenges, thrills and time to relax. While dating and relating with a perfect match may be fun and simple, two relationship experts insist that the best relationship foundation may be made with your opposite in mind.

“I think, like any relationship, opposites work,” said Patty DeVost, a relationship therapist. “The thing is, dating an opposite will open your life to new experiences and diversity and adventure. It gives you a uniqueness as an individual and as a couple it strengthens your connection.” However, not all opposites are created equally. When dating an opposite, there are some things that should still be similar, like your idea of a financial plan, your stance on moral issues or how you feel about ethics.

“Morals, ethics and values should be similar, but remember, dating is better when you have interests, passions and personalities that are different,” said Diane Lykes, also a relationship therapist. “We’re talking about the essence of a person inside, not just physical attributes.”

Diane Lykes and Patty DeVost are partners in a psychotherapist practice, which helps singles find love and happiness with their opposites. The two were recently asked to come onboard the Opposites Connect dating website; they created questionnaires which help opposites connect in a dating environment.

“We match extroverts to introverts,” said Lykes. “Our questionnaire is designed to match opposites, but we won’t match ‘severe’ differences, because [dating]has to be comfortable.”

What kinds of experiences will opposite dating give you? More adventure, more to talk about, more diversity in your life and greater respect for the world at large, according to the therapists. The key, of course, is to be honest in your quest to find an opposite match. For instance, as Lykes said above, you can’t date your moral opposite and come away feeling good about the relationship. Instead, you’ll be frustrated and the relationship will likely end quickly. That is why opposite dating should be more lighthearted, rather than asking heavy questions such as, “What does fidelity mean to you?”  According to Lykes and DeVost, in relationships, those differences should bring a couple closer together rather than tear them apart.

“If you bring two people together who have differing morals, it’s a problem. When you look at a [former]couple like Sandra Bullock and Jesse James, where one person valued fidelity and one person did not, there is an obvious problem that cannot be solved,” said Lykes. “From the start, you’re going to have to start managing differences if you want to date and have a relationship with your opposite.”

Does “managing your differences” sound like too much work for a first or second date?  You should also accept that your lover may want to spend quiet evenings at home rather than going out regularly.  It can be overwhelming, which is why opposite dating should be more about matching up with someone slightly more adventurous than you might be.  “You have to take small steps first,” said Lykes. “You have to build up your self-esteem first before you can accept and begin enjoying the adventurous person you’re dating.”

Both halves of the whole couple need to be willing to compromise, to be understanding and willing to accept their differences. What does that mean, exactly? It means that the adventurous half of the couple must accept that there are benefits to staying home, and the homebody of the couple must learn to take risks and go a little outside that protective home environment.

“I think the big key is communication. You have to be open to other interests, not just willing to talk, but willing to try,” said DeVost. “You have to compromise, but you also have to be comfortable. If a person is kind and respectful of their partners’ differences, that is all that matters.”

“We bring out the best qualities in ourselves when we accept the differences of others,” said Lykes. “I think it helps you to learn early on how to negotiate, how to compromise and how to agree to disagree.”

Both Lykes and DeVost agree that dating an opposite can include interracial dating, dating a person with a physical handicap or some other obstacle, but these things don’t define opposite dating. Dating your opposite should be less about the differences in moral and ethical values and more about dating a person who challenges you to experience new things. There may be problems to overcome, but as with every aspect of life, hard work makes things all the more treasured.

If dating your opposite sounds great on paper, but you’re just not sure how to proceed, here are Diane and Patty’s three tips for  making an opposite relationship work.

First, give the relationship – and yourself – time. “We’ve been programmed by society and even some dating sites that everything has to be perfect immediately. That isn’t how any good relationship is going to be,” said Lykes. “You can’t go in identifying your differences as minuses or your similarities as pluses. You have to be willing to give yourself and your partner time.”

Second, live in the moment. “You can’t go into a new relationship thinking it has to be perfect from the beginning just because your profiles are matched,” said DeVost.

Finally, look at the whole person. “Don’t just look at how alike or unalike you are. Take into account the moral differences as well as the more lighthearted homebody versus adventurer differences,” said Diane. “You need to look for red flags in moral differences, but you shouldn’t attribute a red flag to a date simply because they like to mountain climb and you don’t.”