You are at:Home»In the Spotlight w/ Wendy Thompson»Meet Gregory Cendana, the future of DC politics
Tweet 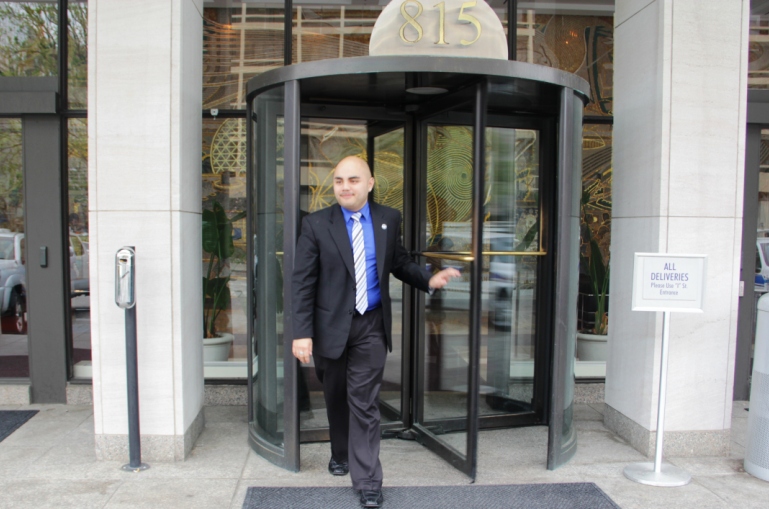 On the second floor of the AFL-CIO building in downtown Washington, DC is the office of Gregory Cendana, the director of the Asian Pacific American Labor Alliance (APALA). His workplace is busy, laden with the mementos from the past year—an eventful one for the 25-year-old.  He was elected in 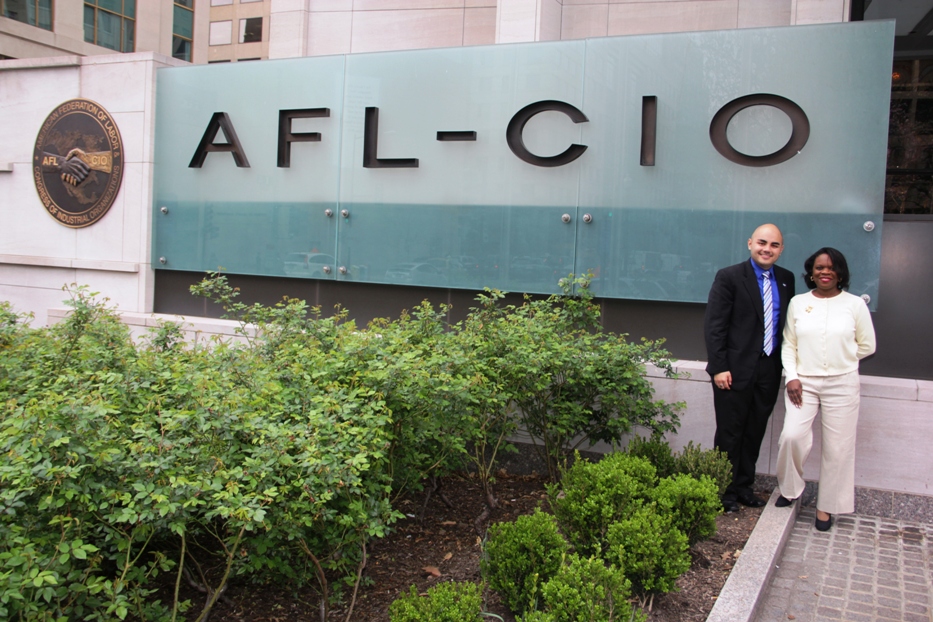 early March as a DC delegate to the Democratic National Convention, earning the most votes of anyone, including former Washington, DC mayor and current DC Councilman Marion Barry.  Barry, who also ran on the ballot, took second place.

With the campaign over, the buttons, pencils, pamphlets and pictures from the successful election now scattered about Cendana’s office are metaphors for the young politician, whose unlikely rise to success in Washington is further enriched 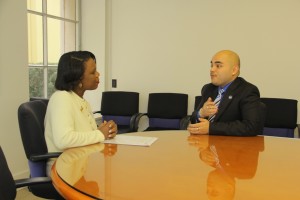 by his remarkable background.

Cendana was born and raised in California, the son of Filipino immigrants who lived on a military base outside Sacramento. He attended school at UCLA, where he was voted vice-president of the student body, only moving to Washington, DC four years ago upon graduation.

Cendana is openly gay as well as the first Filipino to ever hold the title of delegate in DC history. He is also the first Asian-American to be elected in any position in nearly a dozen years and the youngest delegate elected this year. He credits his success largely to his parents, who allowed him the opportunity to thrive as a youth.

“It’s a very humbling experience that my parents sacrificed a lot to ensure that I have the chance at the opportunities that we have today,” Cendana said.

In the race for the delegate seat, Cendana secured 187 votes in Ward One to guarantee a spot in the convention, outlasting Barry. Cendana and Barry finished first and second, respectively, in Congressional District 1 (which consisted of Wards 1, 2, 6 & 8 and represent two of the 14 delegates chosen from a ballot of 87).

Cendana is also quick to reference the many people who supported him during the campaign.

“There is a lot of stories to be told about how we won [the delegation], but it was really about organizing, grass roots, and getting back to the basics,” admitted Cendana.  His campaign utilized various forms of door-to-door promotions, phone banking, campaign events and small contributions to inform voters . “I think this speaks to the potential opportunities that we have to really do more and exciting things here in the District of Columbia, and I’m excited to be a part of this new energy and new wave of excitement. I look forward to what is to come in the future.”

“[We plan] to do a lot of work for DC and the community here,” said Cendana, who intends to focus on a lack of jobs and the immigration policy, among a wide range of issues — in addition to the LGBT community — that he hopes to tackle as a delegate. “We’re taking it day by day, but [we’re] definitely trying to figure out how we will be able to learn from and engage with the folks that helped pave the way,” he adds.

He continued, “I’m far from being a doctor, [and]I haven’t applied or thought about medical school, but I think the core principles are there. Finding a job or doing work that creates a more socially and just and equal society for everyone, doing work that continues to advocate on behalf of underrepresented and disenfranchised communities. And I find that the work that I’m doing in the day-to-day, but also in my other hats outside of my job here is very fulfilling work and really matching it and resonating with those principles and values.”

The victory also marked the most significant election win ever for Cendana, who, in addition to holding the vice presidency for UCLA’s student government, was also president of the United States Student Association. According to Cendana, though, he was quick to thank the two people who have been there continually for him on his extraordinary journey.

“The first person that I called [after winning the election]was my mom,” admitted Cendana. “I said, ‘Mom, you won’t believe what just happened.’ This is exciting.

Cendana also called close friend and business partner Carmen Berkley, who was slated to be his campaign manager before a prolonged business trip took her out of town. Now that he is a delegate, Cendana will work closely with Brinkley to bring about change in the District.

“I’m looking forward to figuring out how we can use this opportunity as a platform to discuss the numerous issues that impact various communities here in DC,” said Cendana. “There are a lot of things to be talked about and to be done. How are we as a community able to foster and support safe places for everyone, especially LGBT folks and LGBT youth? How are we being proactive in addressing these issues?  I think there are lots of people that have different ideas and different options about how to do that, and I’d like to figure out how we can push those ideas and see them come to fruition.”

When Cendana, Barry and the other delegates make the trip to Charlotte, North Carolina for the convention in September, their priority will be to speak with the rest of the country about establishing DC as a state and obtaining DC voting rights in Congress.  Cendana intends to use the time to speak on other pressing issues as well.

“I am lucky to come from and represent various communities,” said Cendana, “and I want to figure out how we can uplift those voices and have a platform and a space to have dialog and conversation around how we can push the [Democratic] Party to be better.”