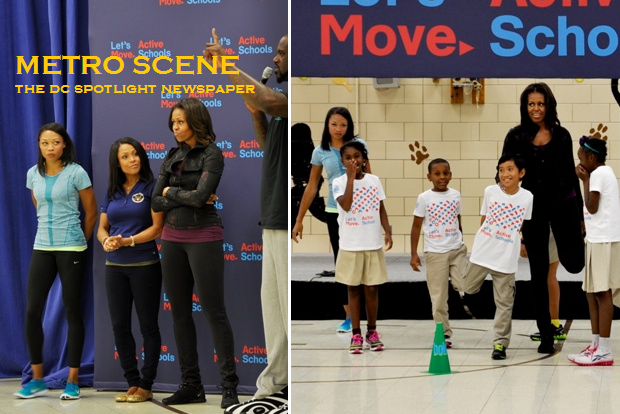 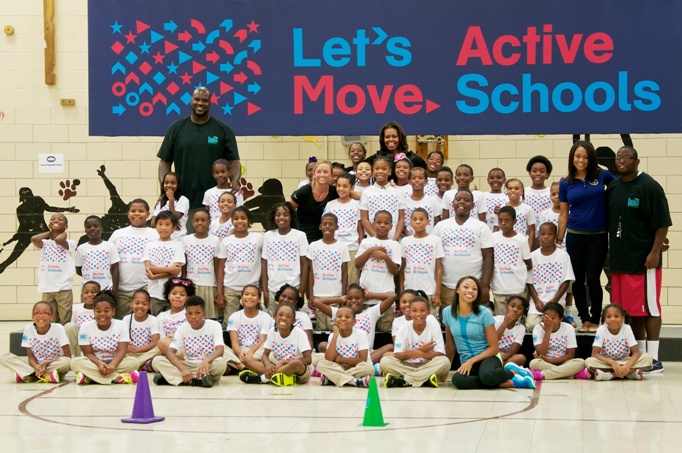 Obama’s appearance was a part of her “Let’s Move! Active School” campaign, where she encourages healthier food choices and physical activities to be incorporated in school policies.  The First Lady led a group of students in a fitness regime and spoke on the importance of school officials playing an active role in this movement.

“Students are more engaged after they’ve had the time to get their wiggles out,” she said.  “We have the potential to transform the health of an entire generation of young people.” 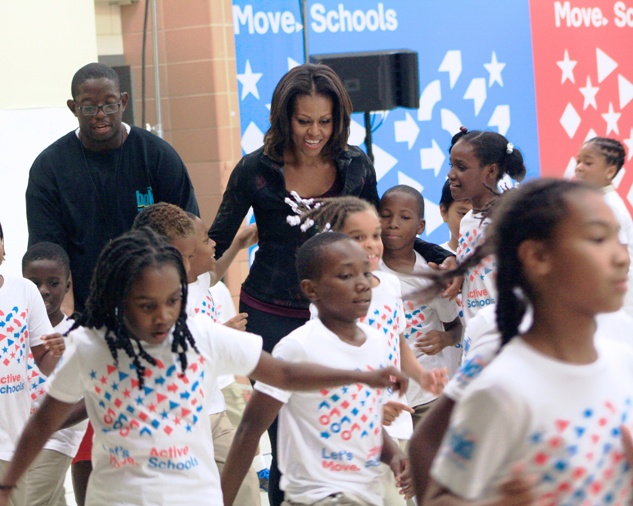 Kaya Henderson declared the D.C. district as the first school system in the United States to “go all in for this exciting and empowering program,” as all 111 traditional schools are onboard with the First Lady’s campaign.  There are healthier selections of snacks in the vending machines, and free Reebok exercise program offered to students called “BOKS”.

In response to a public parental backlash regarding the cut in recess down to 15 minutes, the minimum was raised to 20 minutes.

The First Lady praised and encouraged the students to remain healthy and active.  “You guys are leaders.  You guys are an example for the whole country,” she said. 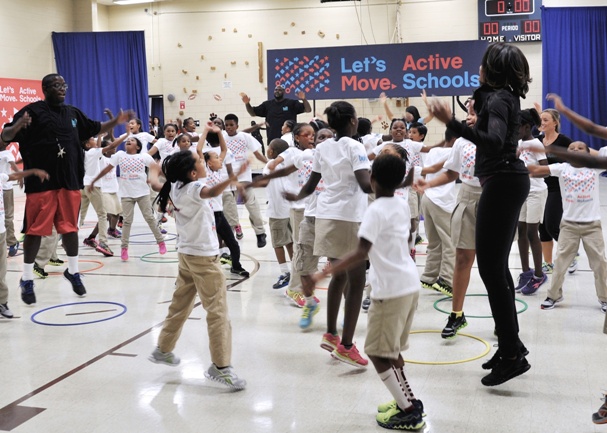 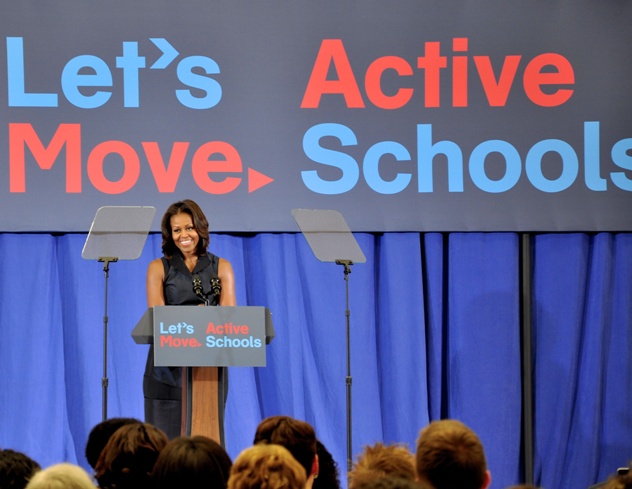 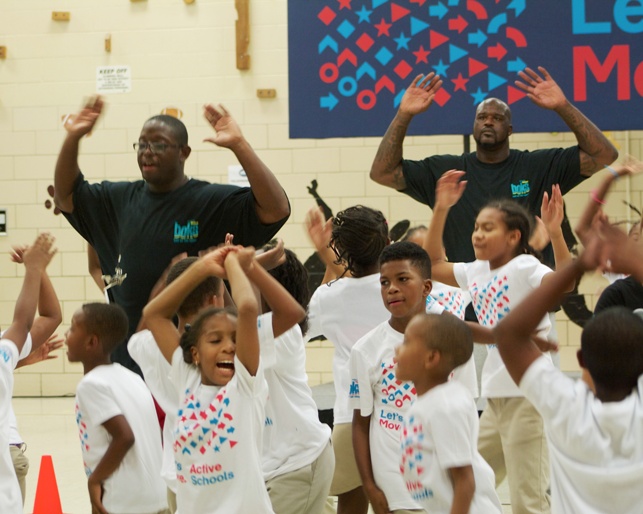 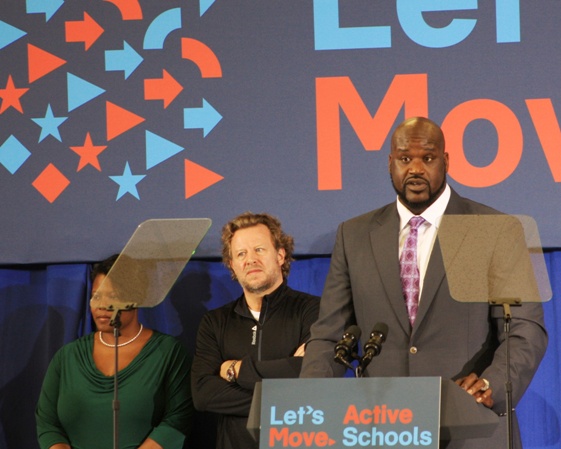