You are at:Home»Features»Living the Life»Top 10 (#3) Michael Mattocks: Discovering a brother and the good life after homelessness
Tweet 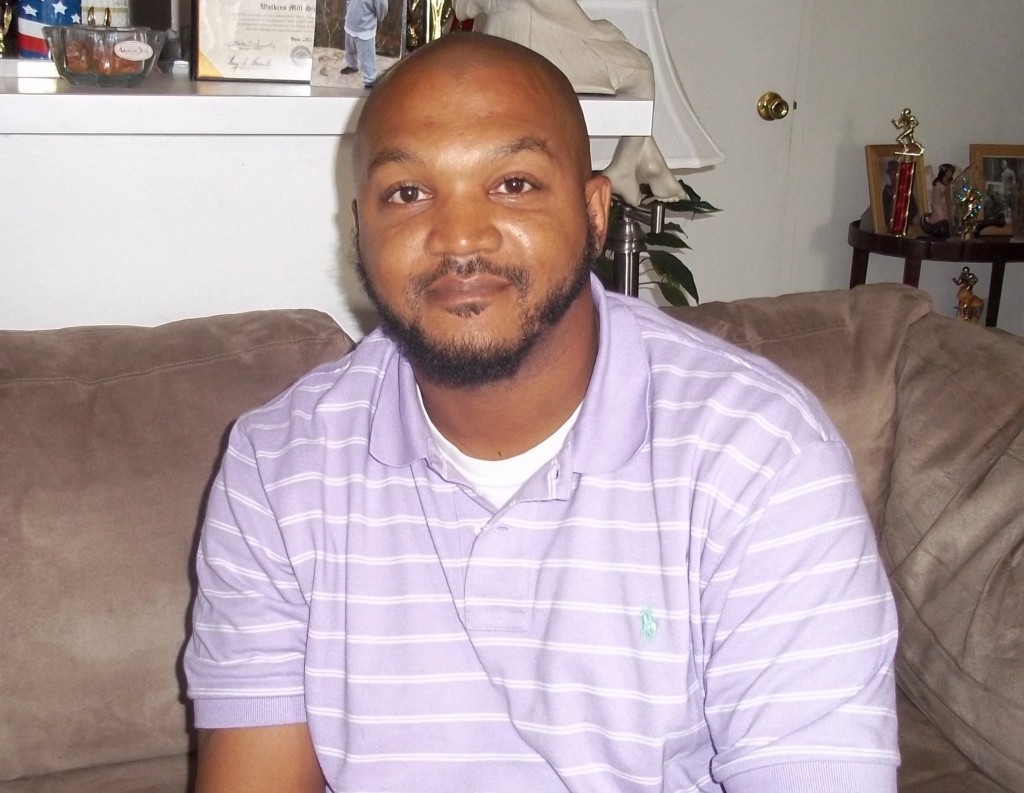 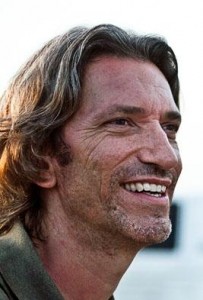 Michael Mattocks relaxes in his living room chair as his wife, Nikki (a.k.a.Tinika) and five boys walk out the door one by one and head to the market. Enthusiastically, he takes a moment to brag about his sons’ football status and reports: “My seven-year-old son’s team beat [them]20 to nothing. Gaithersburg Wolfpack! Our nine-year-old had a game yesterday. They won 19 to nothing. We had a busy morning – busy, but good.” A smile spreads across his smooth brown face; his eyes smile also, then reduce to a squint.

Mattocks lives with his family in Gaithersburg, Maryland. “When I first moved out here, I couldn’t believe how quiet it was. There’s grass, lakes, neighbors are nice. You can’t ask for nothing better,” he says. “I wanted to give my boys something I didn’t have. I didn’t want them to grow up the way I did. Teachers in Montgomery County care. Our football organization, it’s like a big family.” Mattocks then confides, “If 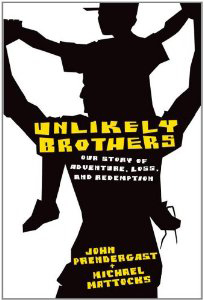 we had this when we were younger, I think things would have been a lot better.”

As a young boy, Mattocks had a “fascination with heavy duty equipment,” yet his dream of steering one of those colossal yellow trucks was overshadowed by homelessness and later by drugs and death. In 1983, during a random encounter at a shelter, an unlikely friendship emerged between a 7-year-old Mattocks and 20-year-old John Prendergast. Their friendship would span 25 years and find its way on the pages of “Unlikely Brothers: Our Story of Adventure, Loss, and Redemption.” Told in duet, the book follows Mattocks’ and Prendergast’s lives: one young man trying to survive the violent streets of D.C., another estranged from his family and on a search for social justice leading to Darfur. Prendergast is the co-founder of the Enough Project, a human rights organization, and former Director for African Affairs at the National Security Council.

“I grew up on North Capitol, one of the craziest neighborhoods in D.C.,” Mattocks exclaims. His mother, a single mom with seven children, struggled to make ends meet. “She’s a great woman,” Mattocks asserts. “Foster care actually tried to take us from her [but]she wasn’t having it.” By the time Mattocks was in the sixth grade, he found himself surrounded by the nationwide crack epidemic of the 1980s and 90s. Poor, he envied the dealers boasting of money and gold and began selling drugs.

A particularly painful memory for Mattocks is the death of his best friend. “He got killed in front of me — shot in the face. I was 13. I turned to drugs and alcohol. I thought that was helping me, but it was really destroying me.” Unfortunately, it wasn’t the last time Mattocks would be confronted by a violent death; his aunt, Francine, was beaten to death by her husband.

With the help of his wife and Prendergast, Mattocks left the world of drugs in 1999. He also credits the thirty days he spent in boot camp at Fort Meade in Laurel, Maryland. “We had the Army and Marines working with us. They took us hiking, exercising, cleaning. When I got home, I had a different look on life. I was leaning towards something else.” Mattocks pauses and then adds, “Women are smart. They make things work. She [Nikki] helped put me on the right track. We’ve been together for eighteen years. Next month will be ten years since we married.”

Despite the success of “Unlikely Brothers,” Mattocks states: “I stay humble about everything, take care of my family, go to work, drive a bus. I will remain the same. I been had money – I know what that money can do to you.” Although he still harbors the hope that he’ll get to drive heavy machinery, Mattocks’ new dream is to continue giving motivational speeches in the Washington metropolitan area, hoping to have a positive influence on someone. He’s also dedicated to fatherhood. “John cared a lot about us. He made our life a lot better than what it was. A lot of the things he showed us when we were small, I do with my own sons now. I take them fishing, football, basketball, parks, beaches. I’m still learning. I grew up without a Dad.” Mattocks was able to reconcile with his father who recently passed away. “I listened to the wrong things he did in life and I reversed it – I did them differently. I got a lot of love for my kids. I put 100% into my boys.”

When Mattocks was in the seventh grade, he remembers his school principal saying, “I don’t want you to be bullying my kids here. Best thing for you to do is go to a vocational school.” He confesses, “That crushed my spirit.” Mattocks had been looking forward to going to school; seventh grade seemed to promise a new beginning. Perhaps today, through motivational speeches and sharing his story, Mattocks is trying to save that seventh grade boy. Recently, he gave a Big Brother mentor some advice: “Never give up on that child. Once a kid trusts you, you don’t want to lose that bond. You’d be surprised, later on down the line how that child ends up. Catch them when they’re small.”