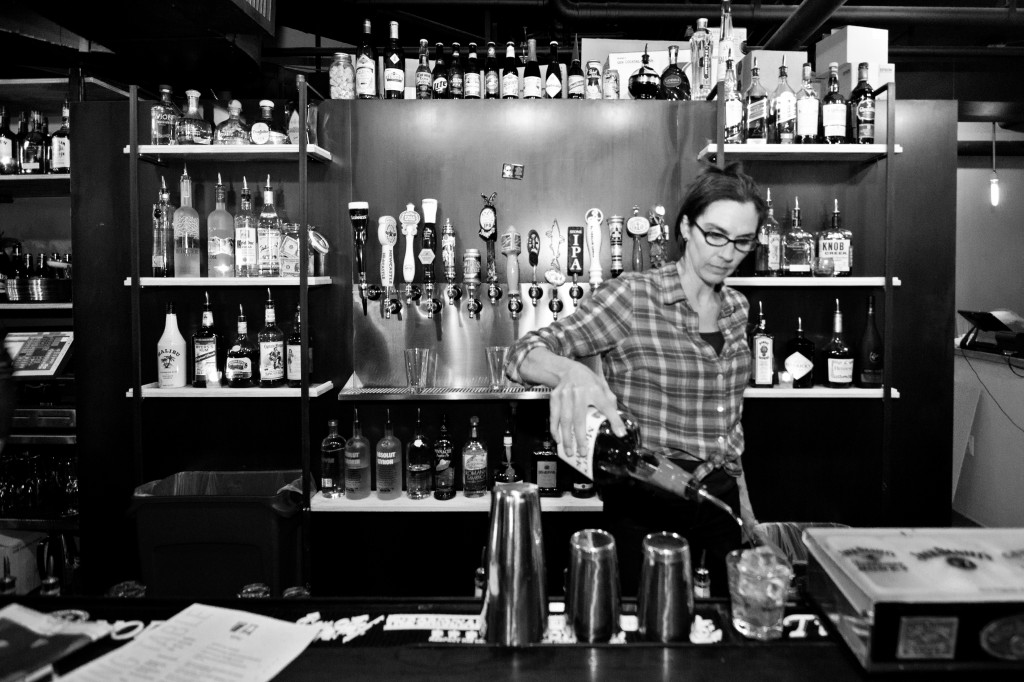 The décor at Drafting Table, the new neighborhood bar located on the perpetually evolving Fourteenth Street Corridor, evokes the studio of an architect: the framed blueprints of various Washington landmarks adorn the walls, and patrons sit in 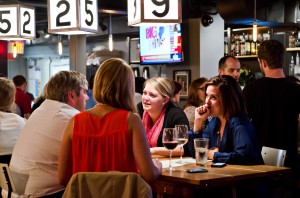 revolving wooden-backed chairs that could have been borrowed from a high school shop classroom. The whole concept foreshadows the menu, the result of meticulous planning and tinkering, but it also reflects the current state of the neighborhood, which has been undergoing a constant process of design and redesign. (Case in point: Drafting Table now holds the space formerly occupied by ACKC, which sold wine and gourmet chocolate. The transformation from chocolate boutique to local pub happened with remarkable speed.)

Executive Chef Ciji Wagner has similarly reinvented herself. Despite a recent two-year stint as the executive chef at Clarendon’s Rabbit Grill, Wagner is better known for her desserts, which she refined while preparing sweets for the trendy Red Velvet Cupcakery, and for the frozen yogurt stand, Tangysweet.

Here, Wagner doesn’t try to do too much: the menu is relatively small and consists mostly of new takes on old pub grub favorites. Since the bar features a hearty selection of beers (with ten on tap), it would seem to emphasize drinks over food if Wagner’s cooking hadn’t already built a reputation. “People come in for dinner and then stay for drinks, oddly enough,” says a manager.

Small plates are generously portioned and conducive to sharing. Fried pickles ($6) are coated in a cornmeal crust for a satisfyingly chewy texture, and the accompanying rémoulade provides just enough of a spicy kick. The sourdough bread used for the shrimp toast ($9) is substantial enough to support a savory paste of soy sauce, sesame, and shrimp, without ever becoming soggy.

Wagner’s cod cakes ‘n’ chips ($13) feature golden-brown disks of breaded cod, as well as lemon sauce and a thick, flavorful tartar for dipping. A generously portioned falafel platter ($9) may be the best choice for sharing: the spheres of falafel are crunchier and spicier than most variations, but a dish of lemon humus helps to cool down the palate. 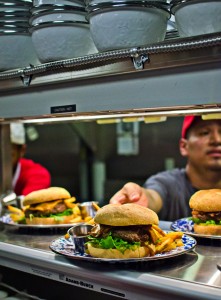 As for stand-alone entrées, the massive brisket french dip ($11) is one of the most satisfying, original dishes on the menu, and possibly the heartiest as well. Both the ciabatta bread and the large hunks of brisket make for one substantial mouthful, but the unsung hero is the chipotle slaw, alternately spicy and smoky, giving this sandwich a serious jolt of energy.

By and large, Drafting Table’s fare is hearty and indulgent. However, Wagner does present an inspired roasted squash salad ($11), wherein leaves of arugula, dotted with candied pecans and bits of pecorino cheese, are topped off with a jiggling poached egg. (Incidentally, the egg can be added to any dish for an extra dollar.)

The dessert selection betrays the hand of a seasoned pastry chef. A syrupy pound cake ($6) is richly spiced and topped with pecans, cranberries, and a scoop of vanilla ice cream, and the Snickers pie ($6) is a heavenly blend of crunchy chocolate cookie crust and fluffy peanut butter mousse. The real winner, though, is the “dirt” ($6), more appetizing than it sounds: a gooey bowl of Oreos, crumbs, light vanilla mousse, and rich and sticky rum caramel. This dessert is potentially addictive.

Although business has been booming, the occasional passerby enters to express surprise and dismay about the disappearance of the neighborhood wine and chocolate shop. With Drafting Table, however, Fourteenth Street Corridor denizens may have gained something even better: a friendly pub that dabbles in a little bit of everything.