You are at:Home»Featured»Top 10 List of the Most Interesting People – Brett Burch: A 9-year-old D.C. businessman talks about Obama and great aspirations
Tweet 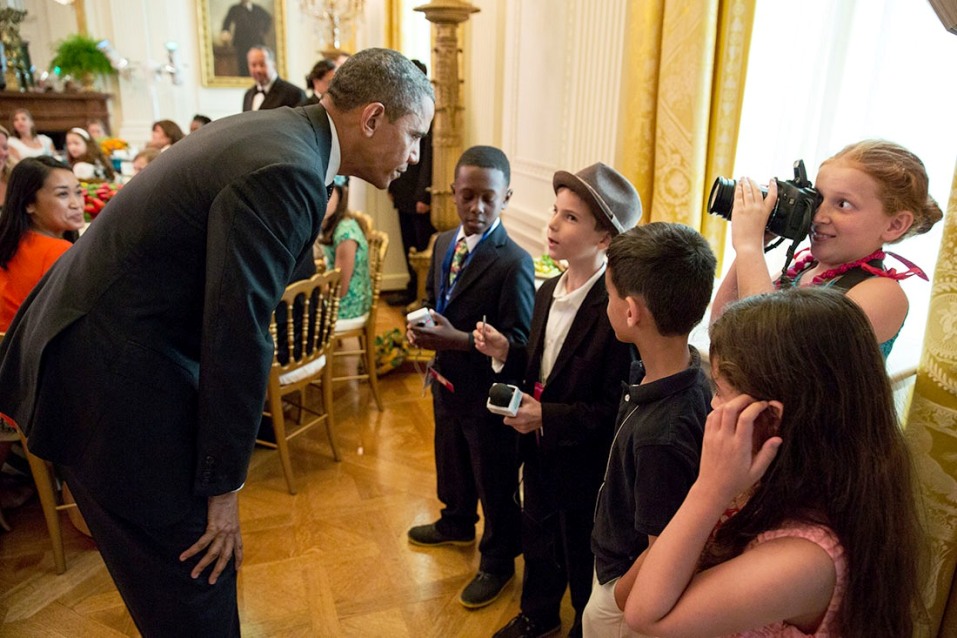 Brett Burch is not your average kid in the third grade. In addition to being the accidental originator of “Broccoli-gate” at the 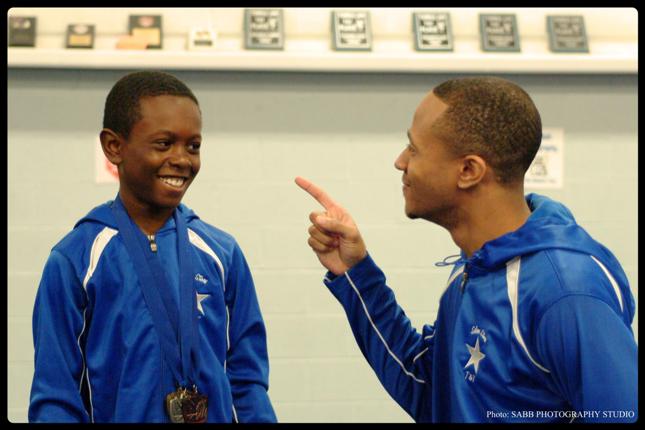 White House, Brett has founded his own company, traveled across the country, met the president, and won a notable gaming technology contest – and he’s only 9 years old.

Pinning him down has been a challenge, because in addition to school he also does gymnastics, designs clothes, and holds fashion shows. His website www.zazzle.com/brettstrove and his Facebook page facebook.com/pages/Bretts-Trove/302827629729879 are filled with examples of his unique designs.

“I take artwork that I find around the house or some of my artwork from pre-kindergarten and I turn it into a tie,” Brett said of his inspiration for his designs.

“I really like doing that, because not a lot of people my age can design things like that,” he 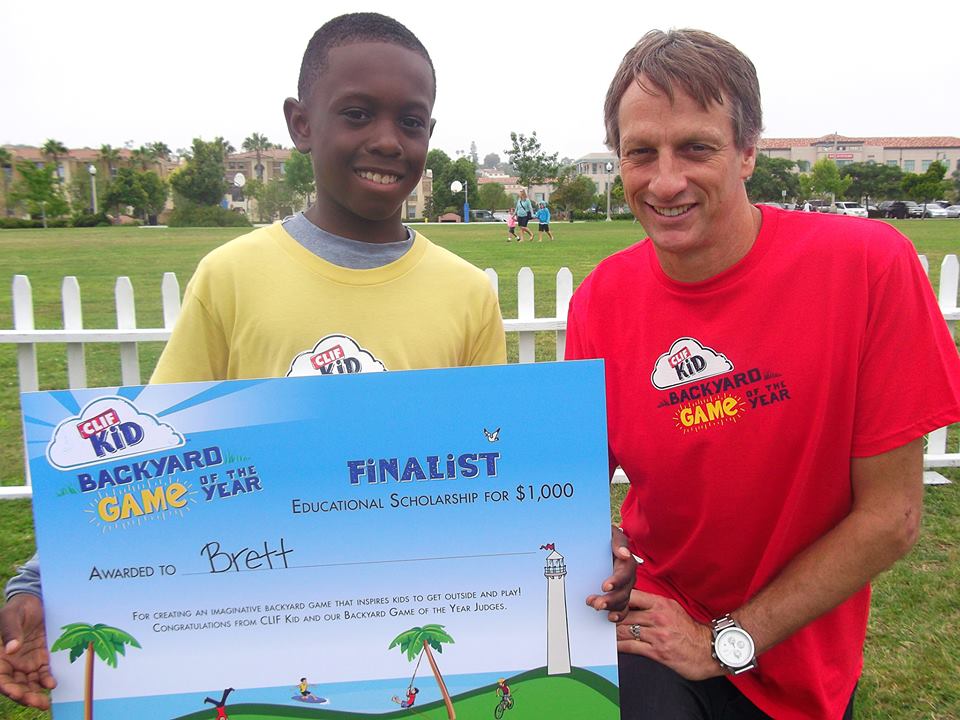 continued. Brett’s designs were featured in D.C. Fashion Week earlier this year, as well as in the November 2013 Towson University Fashion Show.  When asked how he got started with his company, he said he and his mom both wanted to do something with his artwork. So, he turned them into colorful designs on ties, mugs and t-shirts and then they sell them on his Facebook page.  Brett is also a philanthropist of sorts.  He plans to donate part of the proceeds from his website to the Stephen Joel Trachtenberg Scholarship, which provides selected D.C. high school students with scholarships to George Washington University. 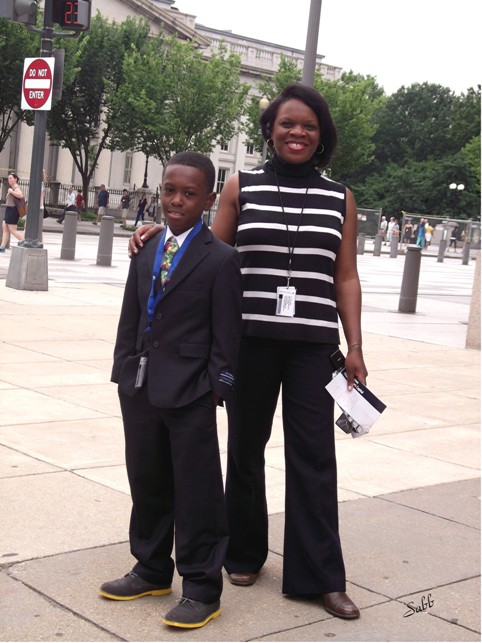 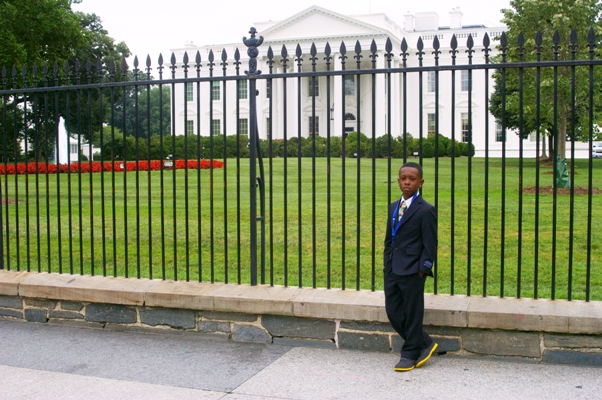 He’s looking toward to the future and wants to make sure a college education is part of that future.  He said he wants to attend Gonzaga University or Harvard or any other Ivy League school, and he has no plans to leave gymnastics behind. The gymnast in him doesn’t rest and he said he really likes to practice back flips at the park.  He wants to be a gold medalist gymnast when he gets older.

When he does have spare time, he likes the simple things that kids enjoy, such as playing with his cousin or going to the park with his mother. Being a fan of outdoor activities, Brett decided to enter the Cliff Kids Backyard Games contest, designed to get children outside and active. For the contest, kids had to submit an outdoor game idea to the judges. Five individual finalists and a group winner were chosen and flown to California to demonstrate their games. Brett was a finalist for his game, Home Before Sunset, which won him a trip to San Diego in July 2013 to meet skating legend Tony Hawk.

“Me and Tony Hawk were playing that game together and I really don’t know who won,” Brett said about his game, while smiling and remembering. Not that it mattered. Brett won a $1,000 educational scholarship and $500 in spending money, as well as a trip to southern California. He said the best things about the trip had to be staying in the Beverly Hilton hotel with the pool and his mom letting him do gymnastics on the beds.  Visiting the Hollywood Walk of Fame was also on the list of favorites during the trip.

In July 2013, Brett attended First Lady Michelle Obama’s Kids State Dinner as a reporter for the DC Spotlight Newspaper. When he approached President Obama and asked him about his favorite food, Brett unknowingly launched “Broccoli-gate.” The president responded that broccoli was his favorite food and a media frenzy began.  Reporters wrote that Obama only said broccoli because former president George H. W. Bush famously hated broccoli.

Of his feelings about meeting President Obama, Brett said he was “really happy and excited, because not a lot of people get to meet the president, and I did.” Like Obama, he is also being raised by his mother, but also like the president, this has given him a connection with kids who experience different lifestyles and overcome obstacles to achieve their dreams.  After covering the Kids State Dinner for the newspaper and befriending other high-achieving kids there, he said he enjoys journalism, because he gets to meet a lot of people, which happens to include the president.  It appears that Brett’s encounter with the president has changed him. When asked what his favorite vegetable is, Brett responded, “Broccoli,” with a huge smile.