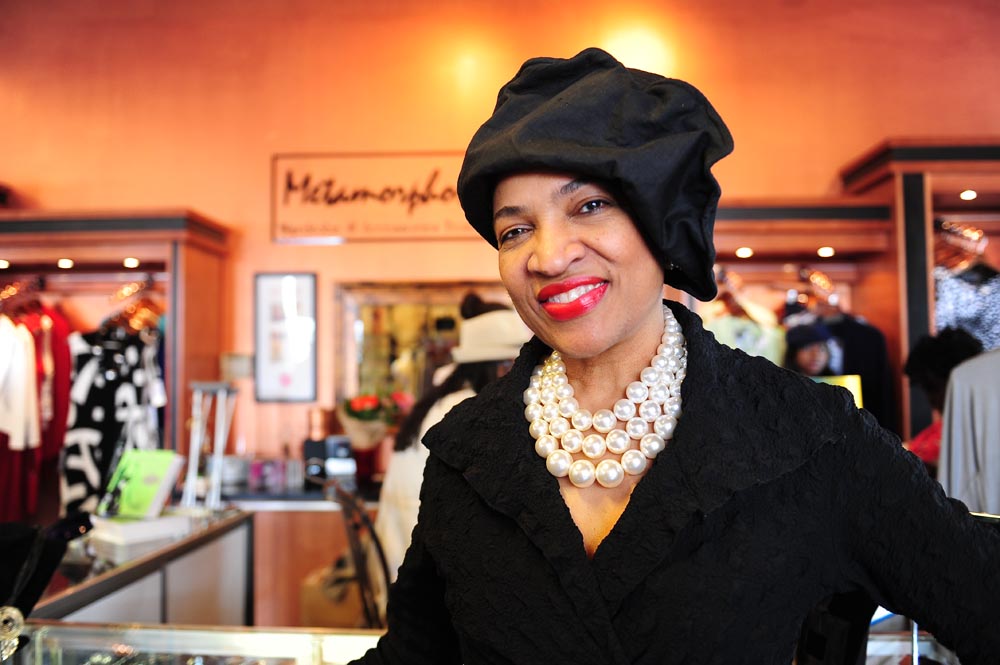 It’s never hard to pick Sharon Bullock out of a crowd.  Always elegantly dressed, the owner of Metamorphosis Wardrobe & Accessories Boutique is the fashion monarch of Silver Spring, incorporating her aspiration for modeling with her steadfast passion for fashion. 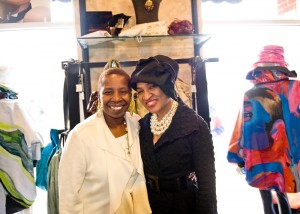 “My concept is to change your outward appearance so that you will get the feeling of being the best you can possibly be on the outside so that it may permeateinside,” said Bullock.

Opening in late November 2007, Metamorphosis Boutique is the one-stop-shop for everything from hats and dresses to jewelry and belts and everything in between.

“We sell everything from head to ankle just no shoes,” Bullock said. “However, if you bring your shoes in, we can actually paint them to match your outfit.”

The idea for Metamorphosis came from Bullock’s initial desire to open a day spa. Much like Metamorphosis, the day spa was conceived to cater to women’s needs; but according to Bullock, she kept hitting brick walls. It wasn’t until she decided that fashion was her passion that Bullock’s business career really took off.

“The minute I did decide fashion was my passion, that little girl inside of me sort of woke up again,” said Bullock. “[Fashion] never left me, because I always daydreamed about clothes, but I didn’t really know what that meant. I didn’t know [it]was my passion trying to come through.”

As a teenager, Bullock aspired to be a model, but chose to follow her friends to a four- year college rather than attend the Baribzon School of Modeling. That decision, Bullock said, would haunt her for years, until she decided to satisfy that aspiration a different way. 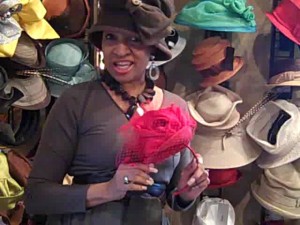 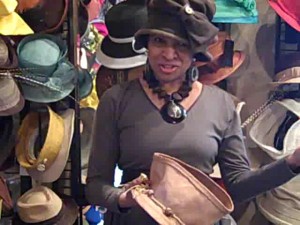 “I felt like if I could not be a model, I wanted to look like one,” Bullock said.

Bullock abandoned the idea of the day spa in an effort to begin selling homemade jewelry as a vendor. But soon, hats joined her repertoire of items, until finally, her selection of apparel included all forms of clothing and Bullock began searching for a storefront to sell her products. She eventually settled on a two story building in Silver Spring, noting the booming new downtown as a major reason for opening.

“It was a whirlwind in the beginning,” Bullock remembered. “There were people discovering it for the first time [and]out of curiosity, coming into the store. For the first eight months there was something to keep me on a high that this is it — that I was doing the right thing. That it was working.”   Then the construction came.

Nearly a year after her grand opening, a brand new civic center and ice skating rink began construction just outside her store and the traffic that Metamorphosis experienced initially came to a stop. A month later there was a recession and Bullock had to turn to her creative instincts to keep a promising business booming.

“It was like the bottom fell out,” Bullock recalled. “One of the things I had to do to keep my doors open is I had to create my own traffic. I started doing fashion shows, book signings [and]trunk shows. What kept me going was that I had experienced the good side and this [reassured]me that this is going to work if I just hang in there.” 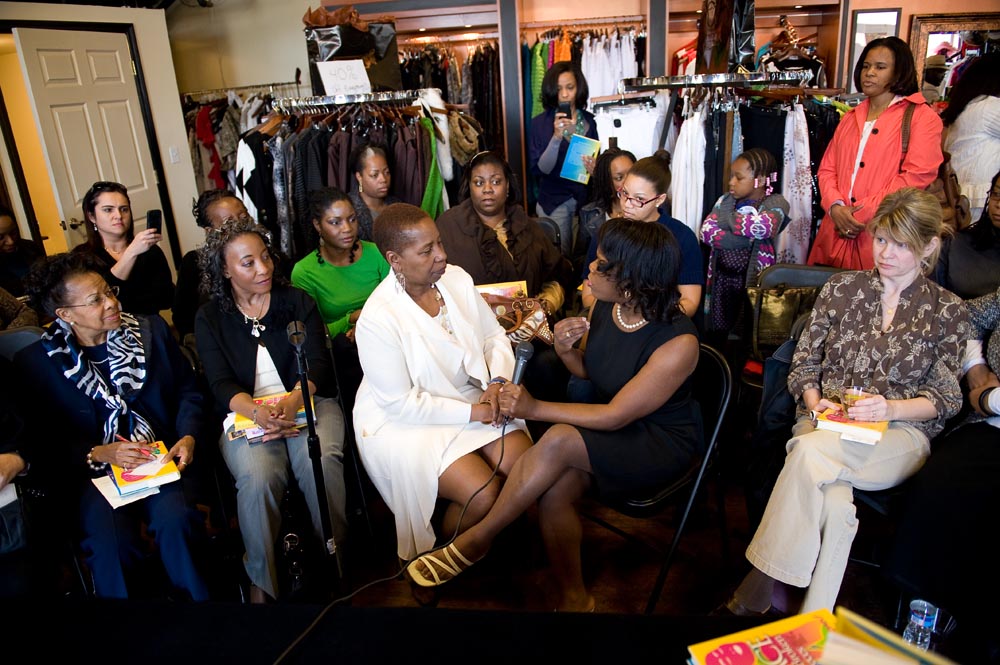 Book signings especially have been successful in bringing customers to Metamorphosis.  Bullock tries to host several a month, offering refreshments and an opportunity to meet some of the area’s notable writers. On April 3, Bullock welcomed long-time friend and former talk show host and author Iyanla Vanzant to the store to promote her new book “Peace from Broken Pieces.” Bullock is Vanzant’s official stylist, a rewarding opportunity that began in 2009 when Bullock dressed Vanzant for one of President Barack Obama’s inaugural events.

Bullock has also taken Metamorphosis Boutique online and envisions her stores in big cities all over the country. Customers can visit www. Metamorphosisboutiques.com and browse from unique fashions from all over the world. It epitomizes the store’s motto: “If it’s not unique, we don’t carry it!” Metamorphosis has everything to create, expand or enhance your wardrobe

“Metamorphosis to me meant change and evolving,” Bullock said, alluding to the idea of a caterpillar changing into a butterfly, which is the logo Bullock chose for her store. Her decision to open the store was inspired by her aunt, who owned several beauty salons and a beauty school. Said Bullock, “I always think of her every time I think about my business, and I smile because she was certainly my inspiration for being here today.”