You are at:Home»Community»Cool Kids Club»Cool Kids: Brett and Maddie
Tweet 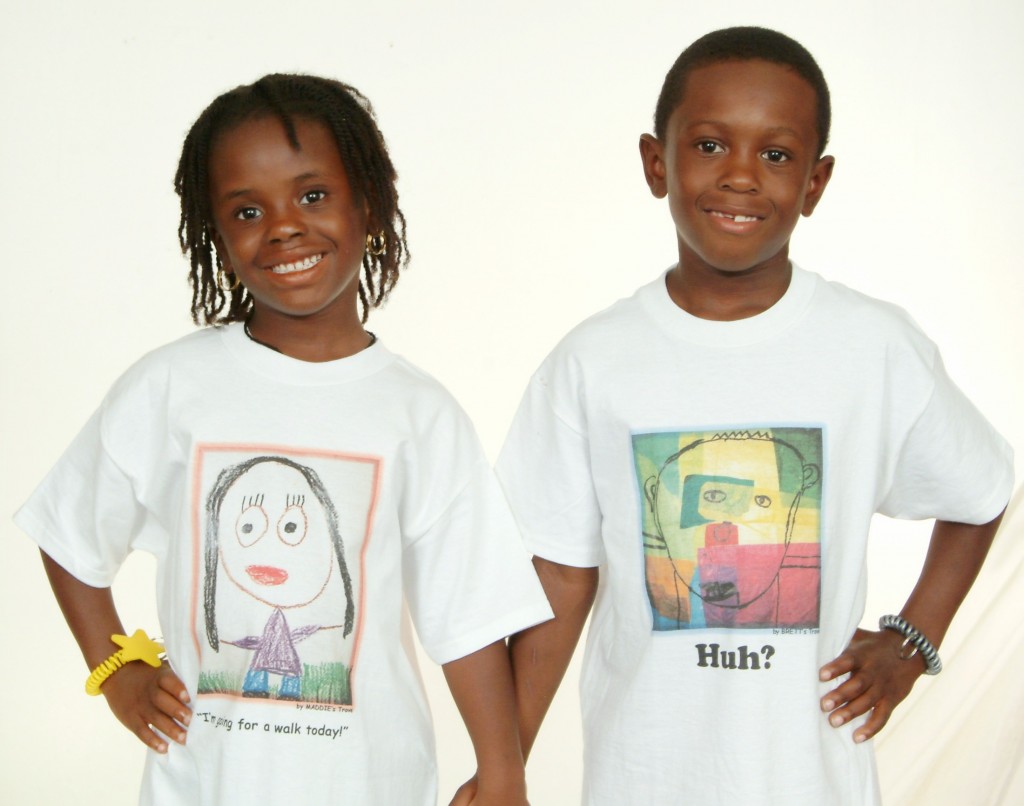 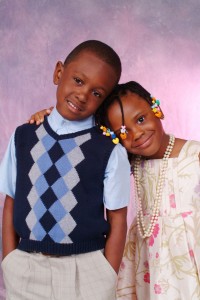 Brett  is a 7-year-old second grade student at Hyde-Addison Elementary School in Georgetown.  He is currently attending conditioning training to prepare for his first season of little league football this fall.  In addition to playing football, Brett enjoys playing basketball with a local winter basketball league, learning how to play the electric guitar, constructing paper airplanes and other crafty creations and playing outside with his cousins and friends. Brett’s list of awards is extensive.  He was named the first place winner of Shepherd Park Library’s “I Have a Dream” Contest for writing and performing an original rap (http://www.dclibrary.org/node/12158).  Brett was chosen as one of the top 10 finalists in the Suit Up at Kmart Photo Contest for his creative costume rendition of Iron Man (http://suitup.kmart.com/contests/showentry/293275). He was also chosen to co-author an article that was published in The Northwest Current (http://www.currentnewspapers.com/admin/uploadfiles/NW%20FEB%209%201.pdf on pg. 24).  Brett’s artwork has been featured at DCPS Fillmore Arts Center, and he has received school awards for both reading and math.  Finally, Brett has received several certificates for basketball, trophies for becoming an orange belt in karate, as well as a medal and an invitation to join a local gymnastics team. Brett’s favorite books include Diary of a Wimpy Kid, Miss Nelson is Missing, and Anansi and the Moss-Covered Rock.

Madison aka “Maddie” is a 5-year-old kindergarten student at Cleveland Elementary School.  Her hobbies include drawing family members and rainbows and writing neat little stories in her large pink sketch book, playing dress-up, creating skits to present at family gatherings, visiting the library, and playing outside on her favorite purple scooter. Maddie’s list of accomplishments is equally as impressive.  Maddie was recently chosen to play the star role in her school’s black history month play.  She played herself, the future president of the United States of America.  She was also one of the carefully chosen children in her school selected to perform at her school’s dedication ceremony attended by Supreme Court Justice Antonin Scalia.  In a recent school assembly Maddie received awards for outstanding reading, citizenship, art, math, and she was individually recognized over her school’s intercom system for knowing all 200 of her vocabulary words. Maddie’s favorite books include: Alvin and the Chipmunks: The Squeakquel: Meet the ‘Munks and the Olivia Series. 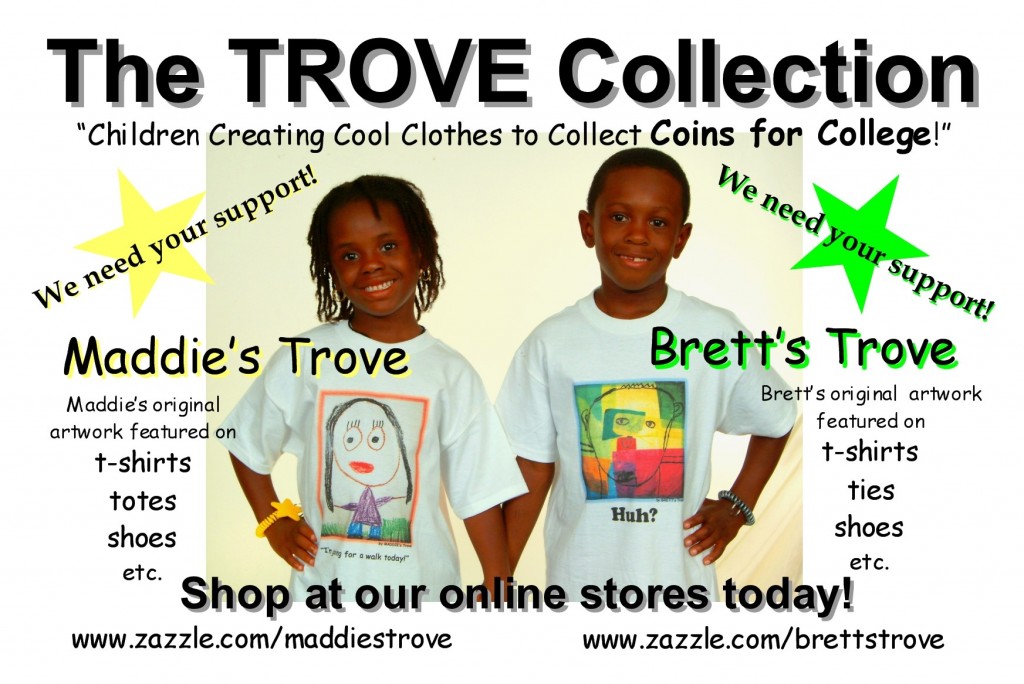 The Trove Collection and Who It Benefits Determined not to have their unique art pieces experience only a short-lived existence on mom’s refrigerator door, Brett and Maddie, respectively, created Brett’s Trove and Maddie’s Trove.  Brett’s Trove and Maddie’s Trove are online boutiques filled with t-shirts, buttons, pet apparel and other cool accessories decorated with Brett and Maddie’s original artwork.  Alas, Brett and Maddie cleverly devised a way for the products of their imaginations to be available for the world to see forever and ever! A portion of the proceeds generated from Brett’s Trove and Maddie’s Trove will go towards Brett and Maddie’s college funds.  Another portion of the proceeds will be donated to the Stephen Joel Trachtenberg Scholarship Program which provides selected D.C. students with full scholarships to attend the George Washington University. (http://gwtoday.gwu.edu/aroundcampus/adreamcometrue) This year each Stephen Joel Trachtenberg Scholarship was worth more than $200,000 covering the recipient’s tuition, room and board, books, and all student fees.  Brett and Maddie were inspired to donate to this wonderful scholarship program by their mom and aunt who received the scholarship (then called the 21st Century Scholarship) back in 1994. Through their online stores, these two young D.C. entrepreneurs hope to not only save money for their own college education and contribute to the continued success of a local scholarship program, but they also hope to encourage other little ones to start seriously thinking about and proactively preparing for their futures… even at the elementary school level.