1. Rest in Power: The Enduring Life of Tr 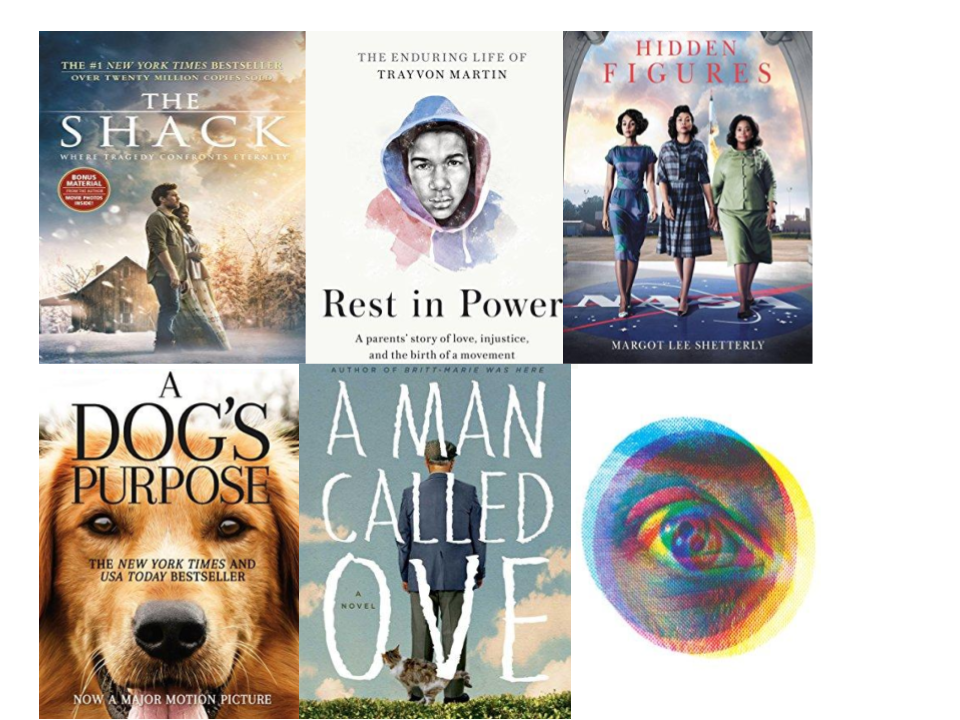 On a February evening in 2012, in a small town in central Florida, seventeen-year-old Trayvon Martin was walking home with candy and a can of juice in hand and talking on the phone with a friend when a fatal encounter with a gun-wielding neighborhood watchman ended his young life. The watchman was briefly detained by the police and re
leased. Trayvon’s father—a truck driver named Tracy—tried to get answers from the police but was shut down and ignored. Trayvon’s mother, a civil servant for the city of Miami, was paralyzed by the news of her son’s death and lost in mourning, unable to leave her room for days. But in a matter of weeks, their son’s name would be spoken by President Obama, honored by professional athletes, and passionately discussed all over traditional and social media. And at the head of a growing nationwide campaign for justice were Trayvon’s parents, who—driven by their intense love for their lost son—discovered their voices, gathered allies, and launched a movement that would change the country.

Five years after his tragic death, Travyon Martin’s name is still evoked every day. He has become a symbol of social justice
activism, as has his hauntingly familiar image: the photo of a child still in the process of becoming a young man, wearing a hoodie and gazing silently at the camera. But who was Trayvon Martin, before he became, in death, an icon? And how did one black child’s death on a dark, rainy street in a small Florida town become the match that lit a civil rights crusade?

Rest in Power, told through the compelling alternating narratives of Sybrina Fulton and Tracy Martin, answers, for the first time, those questions from the most intimate of sources. It’s the story of the beautiful and complex child they lost, the cruel unresponsiveness of the police and the hostility of the legal system, and the inspiring journey they took from grief and pain to power, and from tragedy and senselessness to meaning.

Heartwarming, insightful, and often laugh-out-loud funny, A Dog’s Purpose is not only the emotional and hilarious story of a dog’s many lives, but also a dog’s-eye commentary on human relationships and the unbreakable bonds between man and man’s best friend. This moving and beautifully crafted story teaches us that love never dies, that our true friends are always with us, and that every creature on earth is born with a purpose.

In the international bestseller, Thinking, Fast and Slow, Daniel Kahneman, the renowned psychologist and winner of the Nobel Prize in Economics, takes us on a groundbreaking tour of the mind and explains the two systems that drive the way we think. System 1 is fast, intuitive, and emotional; System 2 is slower, more deliberative, and more logical. The impact of overconfidence on corporate strategies, the difficulties of predicting what will make us happy in the future, the profound effect of cognitive biases on everything from playing the stock market to planning our next vacation―each of these can be understood only by knowing how the two systems shape our judgments and decisions.

Engaging the reader in a lively conversation about how we think, Kahneman reveals where we can and cannot trust our intuitions and how we can tap into the benefits of slow thinking. He offers practical and enlightening insights into how choices are made in both our business and our personal lives―and how we can use different techniques to guard against the mental glitches that often get us into trouble. Winner of the National Academy of Sciences Best Book Award and the Los Angeles Times Book Prize and selected by The New York Times Book Review as one of the ten best books of 2011, Thinking, Fast and Slow is destined to be a classic.

“The Party told you to reject the evidence of your eyes and ears. It was their final, most essential command.”

Winston Smith toes the Party line, rewriting history to satisfy the demands of the Ministry of Truth. With each lie he writes, Winston grows to hate the Party that seeks power for its own sake and persecutes those who dare to commit thoughtcrimes. But as he starts to think for himself, Winston can’t escape the fact that Big Brother is always watching…

A startling and haunting vision of the world, 1984 is so powerful that it is completely convincing from start to finish. No one can deny the influence of this novel, its hold on the imaginations of multiple generations of readers, or the resiliency of its admonitions—a legacy that seems only to grow with the passage of time.

Mackenzie Allen Philips’ youngest daughter, Missy, has been abducted during a family vacation and evidence that she may
have been brutally murdered is found in an abandoned shack deep in the Oregon wilderness. Four years later in the midst of his Great Sadness, Mack receives a suspicious note, apparently from God, inviting him back to that shack for a weekend. Against his better judgment he arrives at the shack on a wintry afternoon and walks back into his darkest nightmare. What he finds there will change Mack’s world forever.

In a world where religion seems to grow increasingly irrelevant The Shack wrestles with the timeless question, “Where is God in a world so filled with unspeakable pain?” The answers Mack gets will astound you and perhaps transform you as much as it did him. You’ll want everyone you know to read this book!

In Norse Mythology, Gaiman stays true to the myths in envisioning the major Norse pantheon: Odin, the highest of the high, wise, daring, and cunning; Thor, Odin’s son, incredibly strong yet not the wisest of gods; and Loki―son of a giant―blood brother to Odin and a trickster and unsurpassable manipulator

Gaiman fashions these primeval stories into a novelistic arc that begins with the genesis of the legendary nine worlds and delves into the exploits of deities, dwarfs, and giants. Once, when Thor’s hammer is stolen, Thor must disguise himself as a woman―difficult with his beard and huge appetite―to steal it back. More poignant is the tale in which the blood of Kvasir―the most sagacious of gods―is turned into a mead that infuses drinkers with poetry. The work culminates in Ragnarok, the twilight of the gods and rebirth of a new time and people.

Through Gaiman’s deft and witty prose emerge these gods with their fiercely competitive natures, their susceptibility to being duped and to duping others, and their tendency to let passion ignite their actions, making these long-ago myths breathe pungent life again.

As NY Lt. Eve Dallas and her billionaire husband Roarke are driving home, a young woman—dazed, naked, and bloody—suddenly stumbles out in front of their car. Roarke slams on the brakes and Eve springs into action.

Daphne Strazza is rushed to the ER, but it’s too late for her husband Dr. Anthony Strazza. A brilliant orthopedic surgeon, he now lies dead amid the wreckage of his obsessively organized town house, his three safes opened and emptied. Daphne would be a valuable witness, but in her terror and shock the only description of the perp she can offer is repeatedly calling him “the devil”…

While it emerges that Dr. Strazza was cold, controlling, and widely disliked, this is one case where the evidence doesn’t point to the spouse. So Eve and her team must get started on the legwork, interviewing everyone from dinner-party guests to professional colleagues to caterers, in a desperate race to answer some crucial questions:
What does the devil look like? And where will he show up next?

Meet Ove. He’s a curmudgeon—the kind of man who points at people he dislikes as if they were burglars caught outside hisbedroom window. He has staunch principles, strict routines, and a short fuse. People call him “the bitter neighbor from hell.” But must Ove be bitter just because he doesn’t walk around with a smile plastered to his face all the time?

Behind the crank exterior there is a story and a sadness. So when one November morning a chatty young couple with two chatty young daughters move in next door and accidentally flatten Ove’s mailbox, it is the lead-in to a comical and heartwarming tale of unkempt cats, unexpected friendship, and the ancient art of backing up a U-Haul. All of which will change one cranky old man and a local residents’ association to their very foundations.

Before John Glenn orbited the earth, or Neil Armstrong walked on the moon, a group of dedicated female mathematicians known as “human computers” used pencils, slide rules and adding machines to calculate the numbers that would launch rockets, and astronauts, into space.

Among these problem-solvers were a group of exceptionally talented African American women, some of the brightest minds of their generation. Originally relegated to teaching math in the South’s segregated public schools, they were called into service during the labor shortages of World War II, when America’s aeronautics industry was in dire need of anyone who had the right stuff. Suddenly, these overlooked math whizzes had a shot at jobs worthy of their skills, and they answered Uncle Sam’s call, moving to Hampton, Virginia and the fascinating, high-energy world of the Langley Memorial Aeronautical Laboratory.

Even as Virginia’s Jim Crow laws required them to be segregated from their white counterparts, the women of Langley’s all-black “West Computing” group helped America achieve one of the things it desired most: a decisive victory over the Soviet Union in the Cold War, and complete domination of the heavens.

Starting in World War II and moving through to the Cold War, the Civil Rights Movement and the Space Race, Hidden Figures follows the interwoven accounts of Dorothy Vaughan, Mary Jackson, Katherine Johnson and Christine Darden, four African American women who participated in some of NASA’s greatest successes. It chronicles their careers over nearly three decades they faced challenges, forged alliances and used their intellect to change their own lives, and their country’s future.

10. A Brief History of Time

A landmark volume in science writing by one of the great minds of our time, Stephen Hawking’s book explores such profound questions as: How did the universe begin—and what made its start possible? Does time always flow forward? Is the universe unending—or are there boundaries? Are there other dimensions in space? What will happen when it all ends?

Told in language we all can understand, A Brief History of Time plunges into the exotic realms of black holes and quarks, of antimatter and “arrows of time,” of the big bang and a bigger God—where the possibilities are wondrous and unexpected. With exciting images and profound imagination, Stephen Hawking brings us closer to the ultimate secrets at the very heart of creation.